5 of our favorite cookbooks to carry you into 2023

These staff picks are accessible, informative and, above all, delicious 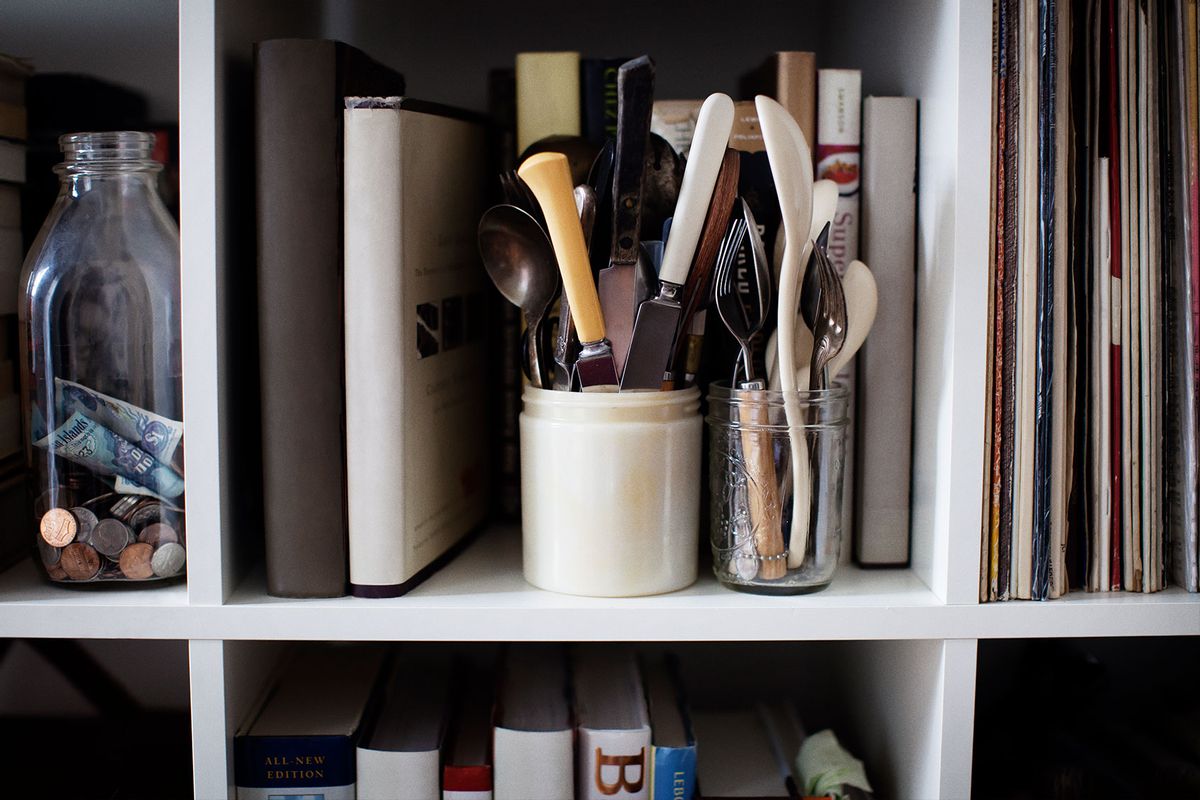 2022 was a fantastic year for cookbooks; from Rick Martinez's "Mi Cocina" to ​​"Bagels, Schmears and a Nice Piece of Fish" by Cathy Barrow to "My America: Recipes from a Young Black Chef" by Kwame Onwuachi and Joshua David Stein, there really has been something for everyone's tastes.

But when asked about their personal favorite cookbooks from this past year, there were some similarities among the Salon team's picks. These are cookbooks that meet home cooks where they are and were crafted with accessibility in mind; they are all written by people whose approach to culinary instruction is engaging and empathetic; and, more than anything, they are packed with recipes that you'll actually want to make at home (rather than simply living in your head as a "someday, when I'm less busy" recipe).

For those reasons, these are cookbooks that serve as a beautiful bridge into the new year, whether you are looking to try new-to-you flavors or are trying to be more intentional about spending time in the kitchen rather than doom-scrolling on Twitter.

Food has always been a central part of Eric Kim's story. In his debut cookbook — which culture editor Hanh Nguyen spotlighted as one of her favorites of the year — the New York Times staff writer offers a primer for what Korean-American pantry looks like, how Korean cooking is interwoven throughout the history of America (especially in Atlanta where he grew up), and how he developed his "Korean-ish" meals for one —like Gochujang-Buttered Radish Toast and Caramelized-Kimchi Baked Potatoes.

"Korean American" is defined by Kim's playful combination of the two country's cuisines, evident in dishes like cheeseburger kimbap and crispy lemon-pepper bulgogi with quick-pickled shallots. When Kim spoke with Salon Talks earlier this year, he beautifully encapsulated his view on teaching people to cook accessible, delicious food — even if you are just cooking for yourself.

"I really have always been fascinated by the occasions of eating," Kim said. "I think when I was writing about cooking for one, I was really obsessed with the occasions where we find ourselves eating alone. And I think this book happens to have recipes for one because even when we're happily engaged or even if we have family around, sometimes you just have to feed yourself. I am, as a recipe developer, interested in how to scale down things that are very difficult or scale up things that don't need to be scaled up."

"The Cook You Want to Be: Everyday Recipes to Impress" by Andy Baraghani

Salon's Mary Elizabeth Williams spoke with cookbook author Andy Baraghani in June about his new cookbook "The Cook You Want to Be: Everyday Recipes to Impress," which she points to as one of her favorite cookbooks of 2022, largely because, as she wrote, his style of cooking involves "with a few tools and no dishwasher."

One of the tools he recommends? A real timer.

"I think a real timer is dedicated to just that, timing your dishes or counting down," he said. "As soon as you start to grab your iPhone or your phone, assuming that people all have iPhones, it's a place for so many distractions. Emails, phone calls, texts. I try to avoid that. I never use the timer on my phone, and I promise it'll make you more focused."

If being more present is one of your 2023 resolutions, that sounds like a simple way to start — especially while making Baraghani's lemony pasta.

"Cook As You Are: Recipes for Real Life, Hungry Cooks, and Messy Kitchens" by Ruby Tandoh

Another of Williams' picks for best cookbooks of 2022, "Cook As You Are: Recipes for Real Life, Hungry Cooks and Messy Kitchens" by "Great British Bake Off" alum Ruby Tandoh is rooted in empathy. Instead of striving for aspirational recipes that you'll never cook, "Cook As You Are" is a "cookbook for normal people — for real home cooks who are juggling childcare or long commutes or who have limited time and resources."

"I Dream of Dinner (so You Don't Have To): Low-Effort, High-Reward Recipes" by Ali Slagle

Staff writer Alison Stine flagged Ali Slagle's "I Dream of Dinner (so You Don't Have To)" as one of her favorite cookbooks of 2022. When interviewed by Mary Elizabeth Williams in April, Slagle shared this anecdote, the ethos of which is woven throughout her cookbook:

I had this moment in the pandemic where I was like, what is left to eat? What ingredients are there? I go for a lot of walks, which is where I clear my brain, and the only thing I could think about was ginger and dill. I kept thinking about how that felt alive in a way that I wasn't feeling alive. So instead of thinking about, "What protein am I going to eat tonight, or will I have a vegetable?" think about if there's one semblance of anything that sounds exciting. Go with that, because just getting in the kitchen and cooking for yourself is a worthwhile effort.

One recipe that we over at Salon Food have found particularly exciting is this Ice Cream Sandwich Slider inspired by Slagle.

"Tenderheart: A Cookbook about Vegetables and Unbreakable Family Bonds" by Hetty McKinnon

Recommended by senior politics writer Amanda Marcotte, "Tenderheart: A Cookbook About Vegetables and Unbreakable Family Bonds" by Hetty McKinnion is a love letter to both her father, who immigrated from China to Australia as a teenager, and to produce itself.

Recipes include miso mushroom ragu with baked polenta and celery; vermicelli spring rolls; and a sweet potato and black sesame marble bundt. "Tenderheart" spotlights 22 fruits and vegetables, using them as the basis for over 180 recipes.

"Salad Freak: Recipes to Feed a Healthy Obsession" by Jess Damuck is unquestionably my personal favorite cookbook of 2022 — and I can't wait to take it with me into 2023. I bought this cookbook in late March, shortly after it was published and I immediately fell in love with Damuck's approach to seasonal produce, which was cultivated, in large part, while she worked for Martha Stewart.

"I have worked with Martha in many capacities," Damuck wrote in the book's introduction. "But one of my favorites has always been making meals for her, especially lunch. It has been during my 'Martha Years' that I have really been able to refine my salad making."

The lunches Damuck prepared for Martha became known as her "three-hour salads," which started with Damuck visiting the farmers market to pick the best ingredients on-offer that day; from there she would prepare "each component with more attention and focus than I even knew that I had in me." Her writing inspired me to take similar care with my cooking this year, something I hope to continue in 2023.