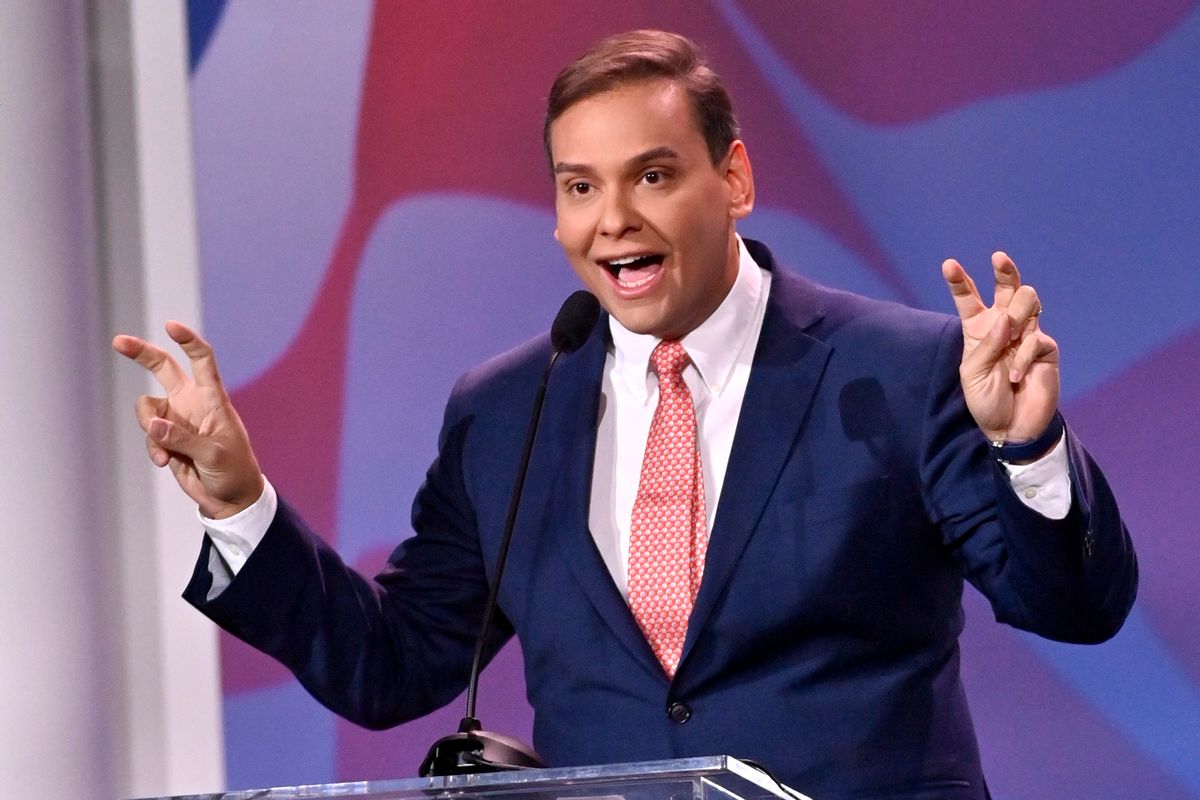 A 2019 video clip of Republican congressman-elect from New York, George Santos, has been making the rounds over the weekend as it introduces further questions regarding his credibility.

In the clip, shared by @PatriotTakes on Twitter, Santos takes the mic during a question and answer session at a pro-Trump LGBTQ event and introduces himself as Anthony Devolder, leaving many to wonder, who the hell is Anthony Devolder?

"So my name is Anthony Devolder. I'm a New York City resident. I recently founded a group called United for Trump so if you guys wanna follow, that would be awesome," Santos is seen and heard saying in the clip.

After his now befuddling introduction, Santos goes on to ask a question to a trans woman on the event's panel.

"How do you think that, as a trans woman and a conservative, you can help educate other trans people from not having to follow the narrative that the media and the Democrats put forward?"

"My approach has always been to just live my life authentically," the panelist answers.

After facing considerable criticism in the brief time he's been in his position, this latest piece of the puzzle comes after Santos had to answer for why he lied on his resume, why he lied about his mom dying on 9/11, and several other trip-ups.

As the Independent points out, Santos claims that his full name is George Anthony Devolder Santos, but the flip flop in usage is curious.

As one Twitter user puts it, in response to the video clip,  "At a certain point the level of fraud swirling around 'George Santos' has to be actionable under the rules & statutes of the U.S. Congress right? I mean… he 1) ran a ponzi scheme, 2) under an assumed name, 3) which WASN'T EVEN HIS ONLY ALIAS. So is George Santos even his name?"