There is no fair comparison between the Biden and Trump cases. But the lure of false equivalency is irresistible 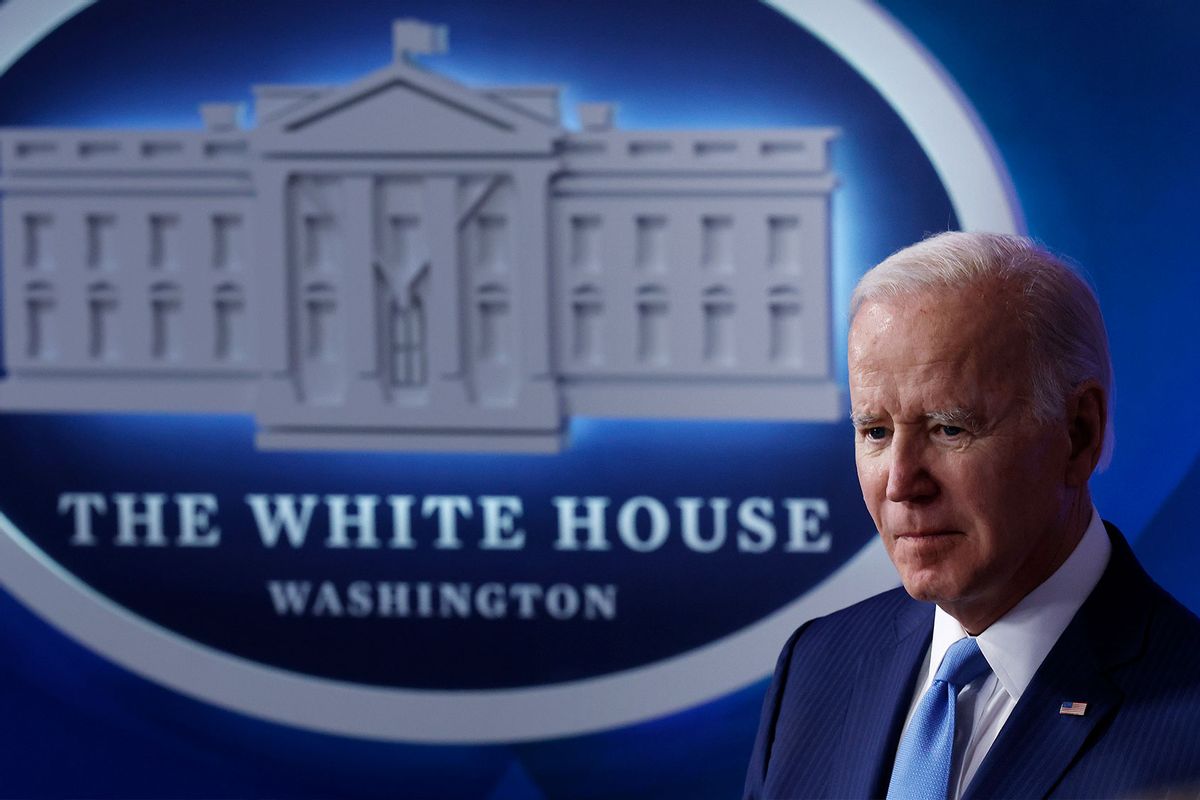 Some years ago, my mother went shopping at a department store in the local mall. After she had left the store and was walking around the mall, she noticed that people were pointing and laughing at her. What had she done to become an object of scorn and mockery? Did she have toilet paper on her shoe? Was her hair unkempt, or her clothing disarranged? Did she have something on her face?

Finally a young man came up to my mother and told her that a long robe from the department store had gotten stuck to her jacket. She was unknowingly dragging it behind her, like a queen or a bride with an enormous train.

My mother was horribly afraid that police or security guards would arrest her as a thief. It was not an irrational fear. Like many Black boys and girls, while growing up I was lectured on the importance of getting a receipt after making any purchase, and also told to have cash in my pocket anytime I left the house, in order to prove that I could buy whatever I wanted to. As a man from the Black working class who has mostly operated in majority-white spaces throughout my life, that advice has served me well. In order to survive, Black people in America must carry their receipts, both literal and metaphorical.

My mother used a payphone to call the store's security office and "confess" to her accidental shoplifting. Almost unbelievably, the security guard who picked up the phone told her not to bother bringing the robe back — it was being marked down for the end-of-season sale and, more to the point, his shift was nearly over. My mother accepted this strange gift reluctantly. Some 25 years later, I still have that robe: I think of it as a magical security blanket, and wear it often.

While watching the newly-hatched fake scandal about the classified documents that Joe Biden apparently took with him after leaving the vice presidency in 2017, I keep thinking about my mother and that robe.

As ABC News summarizes the case, Biden's lawyers have found various classified documents during their own searches of his home in Wilmington, Delaware, and his private office in Washington. Attorney General Merrick Garland has felt compelled "to appoint a special counsel to review Biden's handling of classified materials."

As others have observed, up to and including right-wing operatives on Fox News, Joe Biden (or perhaps a member of his staff and aides) almost certainly took these documents by accident, in a case of accidental shoplifting categorically similar to the one involving my mother and the robe. There is no direct or fair comparison between Biden's documents case and the top secret or classified documents that Donald Trump took from the White House, and his repeated and blatant attempts to defy the law.

Biden and his representatives are fully cooperating with the Department of Justice, and have immediately returned classified documents as they are discovered — not two years later, after repeatedly lying about them. The documents in Biden's possession, by all accounts, do not include nuclear secrets, intelligence sources and methods, and other information that might legitimately compromise national security.

Republicans and their propagandists, of course, do not care about the truth. This "scandal" has become a prop in their political theater, and part of a larger effort to undermine the Biden administration through impeachments, bogus investigations and show trials.

Crime and un-punishment: Now Republicans have a roadmap for a better coup

Predictably, the mainstream news media is helping to amplify this fake scandal. It is almost inexorably compelled toward stories of scandal and controversy, especially around presidents and other leading political figures. Those stories are driven by personality, gossip and conflict, feature a supposed mystery or "unanswered questions" and follow a familiar script. Even more important, mainstream media has also been systematically bullied by the right wing into overcorrecting for supposed "liberal bias." That leads to false equivalencies, in which the gross misdeeds and actual law-breaking of Republicans are routinely downplayed and any unethical or questionable behavior by Democrats, no matter how minor or inconsequential, is amplified.

Indeed, the Trump regime and today's Republican Party are so spectacularly corrupt and criminal that the mainstream media still struggles with how to report on their misdeeds accurately. As Salon columnist Brian Karem wrote recently:

There are some — especially among my brethren in the press — who refuse to look beyond the surface similarities of the [Trump and Biden] cases in a brazen and crude attempt to be "even-handed." Then there are those who refuse to look at either case objectively because they feel either Biden or Trump are above reproach. There are also those who are incapable of discerning the differences and those who benefit from refusing to recognize them. The press is filled with the same face paint, rubber noses and oversized shoes as the GOP.

All these viewpoints are based upon perception and appearance, not reality. There are those who believe it is horrible that Biden is being investigated by the DOJ. For them, it makes him look guilty, and they argue about why the DOJ picked up the Biden case so quickly when it took so long to investigate Trump, "and he's the real criminal here." Then there are those who have the mental acuity of a moth circling a light bulb, believing it's circling the sun (I speak of reprobates like Jim Jordan), so convoluted in their thinking that they believe a DOJ investigation, should it exonerate Biden, will have been conducted merely to give the president cover. Appearance versus reality.

Democrats, meanwhile, continue to be experts at self-sabotage. Rather than defending Biden and highlighting his great accomplishments across a range of issues — from the economy to the COVID pandemic, student loan reform, infrastructure and the war in Ukraine — some leading Democrats are choosing to advance the narrative about the classified documents, undermining their own president.

Of course Republicans don't care about the truth. The Biden "scandal" is just a prop in their political theater, and part of a larger effort to undermine not just the Biden administration, but democracy in general.

Republicans and "conservatives," for all the evil they have done over the last few decades, do have some important lessons to teach Democrats and the "left." Most prominent is the importance of message discipline and rallying around their leaders. In this existential battle for American democracy and the country's future, Democrats would be wise to finally learn those lessons and resist the perpetual temptation to convene a circular firing squad.

At this point, Biden's documents "scandal" has been amplified to such a degree that it is clearly beginning to impact public opinion. Andrew Romano reports that a new Yahoo News/YouGov poll finds that nearly two-thirds of adults surveyed (64%) favor a congressional investigation of the documents found at Biden's home and office. That includes a majority of Democrats, only 27% of whom oppose such an investigation:

This broad bipartisan consensus represents unwelcome news to the White House, which has struggled over the last two weeks to manage a steady drip of revelations about additional documents discovered in various locations — revelations that echo the ongoing clash between former President Donald Trump and federal authorities over the "highly classified" materials seized from his Mar-a-Lago estate in 2022.

If this pseudo-scandal grows into a conflagration that burns down Joe Biden's presidency, Democrats and the mainstream media will only have themselves to blame. The winners, as usual, will be the Republican fascists and their endless campaign to end American democracy. The losers will be the American people.

about the unending crisis of democracy