Among primates, humans are sometimes referred to as "naked apes" — but our bodies make an exception for genitals 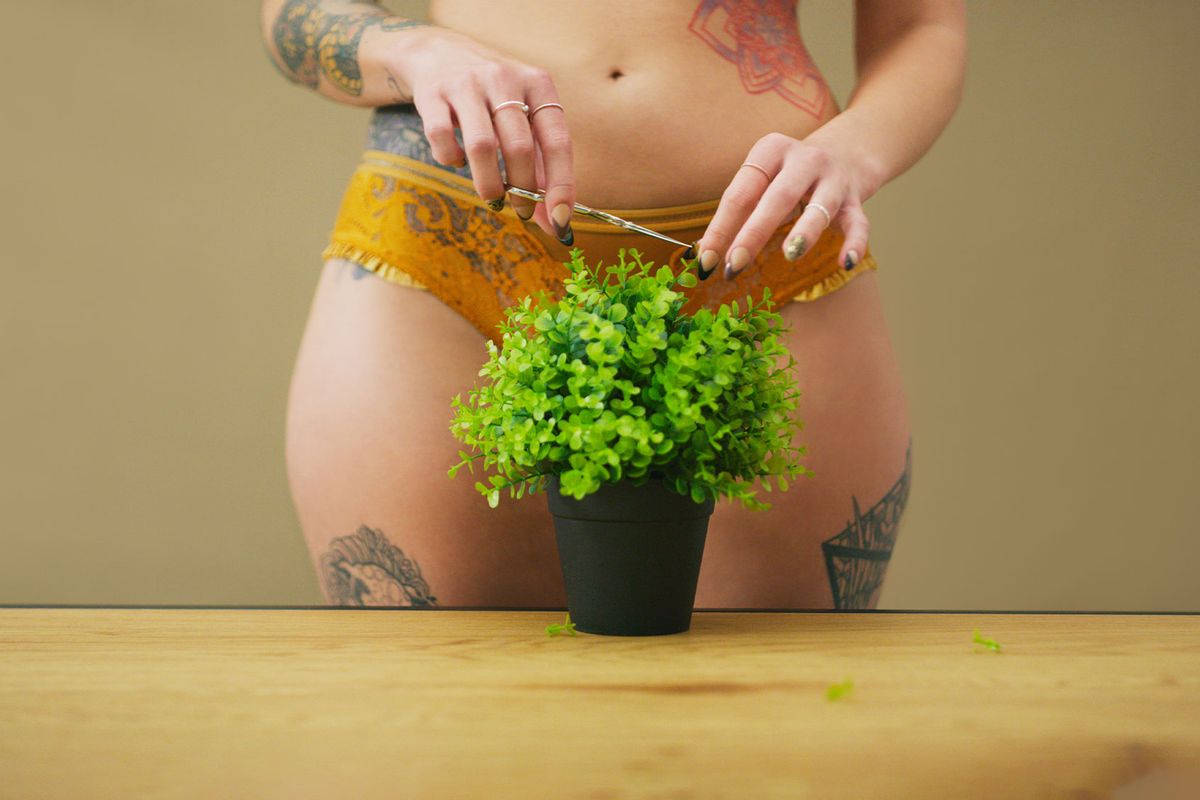 For such an uncomfortable subject as pubic hair, people sure are vocal about their opinions. A 2015 study found that women tend to have strong convictions regarding their partners' pubic hair. Meanwhile, pubic hair styling has grown into a genuine industry. And serious injuries that take place while shaving one's pubic hair are not uncommon.

Whether we are comfortable talking about it with it or not, public hair is an inimitable part of our anatomy. But why, exactly, do we have the stuff?

"I think looking across primates is a really useful as a way of getting insights into ourselves."

Pubic hair does not serve a self-evident purpose, like other body parts such as one's heart or bones.

As it turns out, scientists are not sure why we have pubic hair — but they do have some fascinating theories.

"We think of ourselves as naked apes," Dr. Michael L. Wilson, a professor of ecology, evolution and behavior at the University of Minnesota, told Salon. He referred to a book by English zoologist Desmond Morris called "The Naked Ape": The title referred to the fact that humans, though related to other primates like chimpanzees and gorillas, look "naked" (i.e., hairless) compared to them. Yet that title, as Morris himself noted, was not literally accurate.

"We're not really naked!" Wilson observed. "We're covered in hair." It's just that the hairs are often small, or not visible.

When a human being is born, their bodies are often covered in various hairs like lanugo hairs (which cover the bodies of fetuses and newborns) and vellus hairs. We still have vellus hairs on our bodies, although they are so fine that we barely notice them. The same cannot be said of terminal hairs, which are darker, thicker and longer. While we are born with some of these hairs as well, they do not start sprouting all over our bodies until we hit puberty. We grow hair in our underarms, on our pubic regions and (in some cases) on our limbs, torsos and faces.

"Pubic hair really has at least two functions," Wilson told Salon. The first is to visually declare the obvious: That the person has undergone puberty and is now physically mature. The other is to trap the scents from our crotches and underarms, which in theory could be considered attractive.

Pavol Prokop, a behavioral ecologist at Comenius University in Bratislava and Institute of Zoology of the Slovak Academy of Sciences, has extensively studied the evolution of the human body. Prokop agreed with Wilson's observations that if nothing else, scientists do know for sure that pubic hair signals sexual maturity. Not only are they visually apparent, but pubic hairs help spread pheromones which stimulate sexual activity and desire. This reality would actually reinforce the notion that, somehow, this was then considered attractive.

"It is also hypothesized (but never experimentally investigated) that pubic hair in men could have signaling function not only to females, but also for other males," Prokop wrote to Salon. "Considering that males are highly concerned regarding their penis size and pubic hair in our ancestors, who did not wear clothes, could make [the] penis more visible for a longer distance. We are actually not entirely certain about its function and a lot of research is necessary before firm conclusions can be made."

"Humans perceive shaved pubic hair as more clean than genitalia with pubic hair, which goes against the biological explanation of pubic hair functioning."

Prokop's hypothesis has a certain logic to it. In an era before clothing, human males would need to signal to each other that they had reached sexual maturity and could thus out-compete potential mating rivals. If men react by feeling emasculated when encountering a large beard or a large penis, would it not stand to reason that — in an era before clothing — a large mound of pubic hair could serve a similar function?

Prokop also observed that pubic hair seems to assist the body in protecting the genitals from sexually transmitted diseases (bacteria and fungi), as well as protecting the region from injury during intercourse and assisting in thermoregulation. Yet pubic hair also comes with its downsides.

"There is some evidence that pubic hair removal is associated with decreased ectoparasite loads (particularly crab lice, Pthirus pubis), and humans perceive shaved pubic hair as more clean than genitalia with pubic hair — which goes against the biological explanation of pubic hair functioning," Prokop observed.

The final important piece of context when cracking the mystery of pubic hair hearkens back to the title of Morris' book — that we are primates.

"I think looking across primates is a really useful as a way of getting insights into ourselves," Wilson observed. "I've spent a lot of time looking at the private parts of primates. They're on display." They have different hair colors and textures.

"Patas monkeys' scrotums are a beautiful robin's egg blue color," Wilson told Salon. "There are other monkeys like mandrills that have bright yellow beards and yellow pubic hair." Indeed, it varies from species to species.

"There is lots of that kind of coloration in other primates that draws attention to the pubic region in sexually mature individuals," Wilson explained. "And so we're not really unusual that way. We're unusual in that we have less body hair in general."