Bill Gates is building his own city — no democracy required

A billionaire wants builds a techno-utopia on his own terms. What could go wrong? 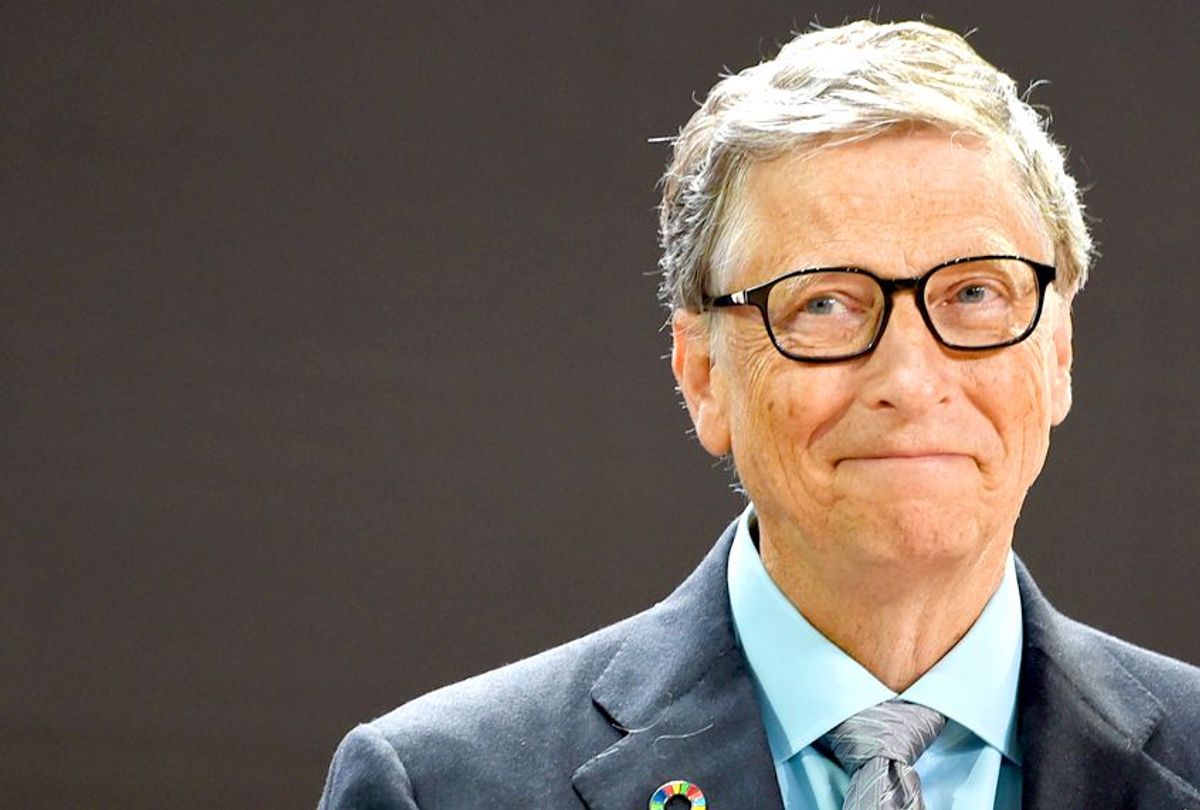 Stop me when this sounds like a plot dreamed up by a Bond villain: The richest man in the world announced in a press release his intent to invest $80 million to buy 40 square miles of land just 45 minutes west of Phoenix. He and his investors want to build around 80,000 residential units and thousands of acres of commercial and industrial buildings to create their own “smart city,” dictated on their own terms and planned without any input from, oh, you know, the people who are going to actually live there — in other words, no pesky democratic planning getting in the way. The city will embrace the sort of techno-utopianist goals that sound good on paper but never yield any tangible social results besides buttressing the egos of the Silicon Valley cult. And the best part: the city-to-be — Belmont — is literally named after the firm that is investing in it, Belmont Partners.

If this sounds like a fiefdom, well, it kinda is. Weaving his own funds through a few different holding companies, Microsoft co-founder Bill Gates is proposing to build a town based on his personal beliefs as to what makes society great. Aside from their slight political differences, that sounds vaguely like our president's moralistic vision for the world, no? It’s an unusually top-down way of engineering a place where people will actually live and work and breathe and think, and bucks the democratic rules that govern most cities in the Western world.

Gates’ dreams of planning his own city are not that unusual for people cut from the same cloth. There’s a long, dark history of billionaires and/or corporations trying to design "utopias" themselves, without democratic input. (Mike Davis edited a book called “Evil Paradises” that may be the premiere account of this phenomenon.) By dint of The Walt Disney Company’s presence, Florida has multiple experiments of the sort: most of us have heard of Celebration, Florida, the master-planned suburban community designed and developed by the corporation. But more sinister than Celebration, there’s also Lake Buena Vista and Bay Lake, two small cities whose politics and even tax bases are entirely controlled by the Walt Disney Corporation.

A 1993 Washington Post article on the bizarre politics of these two cities describes how the Florida government “gave the Disney organization extraordinary powers, rights and privileges” to manage and control them. This includes exemption from building regulations, the power to freely annex private land, the power to “issue millions of dollars worth of tax-exempt municipal bonds to pay for improvements on Disney's property,” and, darkly, “authority to detain anyone deemed to be ‘causing a public nuisance’ or to forcibly remove from Disney's property anyone the company regards as undesirable.” Plus, “the law exempts Disney from being accused (much less convicted) of false arrest.” Bay Lake and Lake Buena Vista are essentially police states run by The Mouse.

Techie efforts to control civics mirror Disney's imperious ambitions. There’s a deep-seated belief in libertarian-rampant Silicon Valley that the government and our political processes are slow and messy; to that end, many techies, mad with power, have attempted to start their own partially or fully-privatized cities. These vary in terms of ambition: real-life super-villain Peter Thiel is one prominent donor to the Seasteading Institute, which promises to build floating “libertarian island” cities free of government regulation. Most terrifying, SpaceX and Tesla CEO Elon Musk is rabidly pursuing his chance to dictate the terms of his own privatized Marian utopia, funded by selling extra-planetary tourism packages to the rich.

But going back to Belmont: this kind of anti-democratic ambition isn’t new for Gates. His entire philanthropic vision, exemplified by the Bill and Melinda Gates Foundation, is predicated on the idea that rich people and technocrats know best how to manage the levers of society, and the rest of us peons should sit back and let the rich techies run our lives. Billionaires like Gates, who spend much of their lives surrounded by yes-persons, believe they know better than everyone else how things should be; Silicon Valley, similarly, is encased by a reality distortion field that believes technology and progress are one and the same, a fairly dangerous belief that history belies.

If Gates were actually taxed fairly on the income that other people make for him, we might get to collectively decide where and how to allocate the resources from that wealth; instead, he gets to build his own Belmont on his own terms, imprinting his own beliefs about what a virtuous utopian city would look like. It’s a great PR campaign for him and lousy for everyone else. But that’s the difference between charity and solidarity, to paraphrase Eduardo Galeano: charity is a relationship of top-down control, the rich dictating how the rest of us live. Solidarity is when we decide for ourselves.

If Belmont attracts a self-selecting crowd of residents, much like Celebration, Florida, then it could perhaps become a temporary “success” in the same way that lily-white Celebration is a success. Steven Conn chronicled how the draw for many Celebration residents was actually the lack of a normal democratic character of a city; indeed, those who came often preferred to have their lives managed by a publicly-traded corporation. As Conn wrote (emphasis mine):

For many residents, the attraction of Celebration was the promise that Disney would control the environment of the town just the way it had made its amusement parks the happiest places on earth. Residents contract privately for services, and the town’s Architectural Review Committee strictly regulates the physical appearance of the place. “Most of us came here not because of Disney,” resident Kathleen Carlson told the Miami Herald; “we came because we wanted that type of control over our neighborhood. You don’t have to worry that your neighbor will suddenly start parking an old pickup on his front lawn.” Celebration has substituted corporate control for democratic participation in the life of the town. It is hardly the sort of reinvigorated “community” new urbanists hoped they could create, but exactly the result one might expect, given the way “community” has been turned into a real-estate asset.

But Celebration didn’t stay this way. Like any city, it was subject to the greater economic vicissitudes, which private contractors couldn’t manage away. Conn continues:

When the Great Recession settled into Florida, however, not even Disney could control real estate values inside its model town. By the end of 2010, property prices had dropped even more than they had in the rest of the state—in some cases as much as 60 percent—and foreclosures were happening more frequently as well. In the space of a week at the end of 2010, the town experienced its first murder and then the suicide of a resident who had barricaded himself in his home and held a SWAT team at bay for fourteen hours. Stunned, much like residents of Reston had been when drugs and violence had come to that model town a generation earlier, Celebrationites had to confront reality.

Billionaires would be wise to learn from Celebration: you can’t engineer utopia.