Codifying Trumpian Newspeak, the administration has banned the CDC from using words like "transgender" and "fetus" 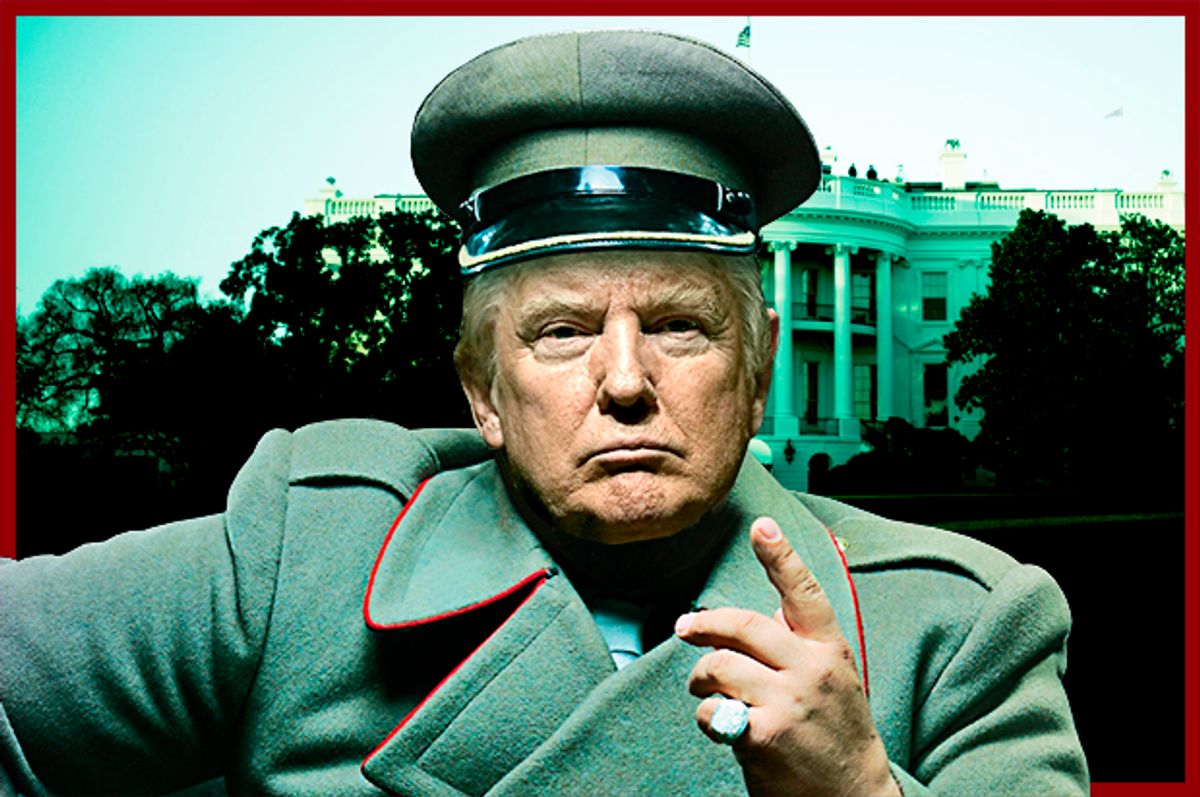 Leaving a meeting of top officials at the Centers for Disease Control and Prevention (CDC) on Thursday, a CDC analyst in attendance who spoke anonymously to reporters described being briefed on a Trump administration dictum of “forbidden words” that the public health agency was told not to use in any official capacity in documents.

Both the Washington Post and Chicago Tribune reported on having spoken to the analyst who was briefed on the list of “forbidden words.” According to the Post, the forbidden list included the words “diversity,” “entitlement,” “evidence-based,” “fetus,” “science-based,” “transgender,” and “vulnerable.”

The Post reported that Alison Kelly, a CDC official who led the meeting, didn’t explain why these words were being banned, only that they were. Yet it’s easy to speculate about motive, given how politically loaded these terms are. Indeed, scanning the list, it looks like the administration is attempting to atrophy the CDC’s ability to wield the English language in order to promote a conservative agenda.

To wit: The word “fetus” is a more dehumanizing means of referring to a fertilized egg; banning it aligns with a conservative agenda of humanizing unborn fetuses to sway public opinion against abortion rights access.

And regarding the appearance of “transgender” on the list, the Trump administration has been outright hostile to trans people and on issues of transgender rights. In July, Trump announced that he intended to ban transgender people from joining the military “in any capacity.”  “After consultation with my Generals and military experts, please be advised that the United States Government will not accept or allow [t]ransgender individuals to serve in any capacity in the U.S. Military. Our military must be focused on decisive and overwhelming [v]ictory and cannot be burdened with the tremendous medical costs and disruption that transgender in the military would entail,” Trump wrote on Twitter at the time.

Many experts pointed out Trump’s purported rationale for the trans ban was specious at best; the RAND corporation, a policy think-tank, studied the issue of transgender persons in the military and found that “allowing transgender personnel to serve openly” had “little or no impact on unit cohesion, operational effectiveness, or readiness.” Likewise, Trump greatly exaggerated the medical cost to the military posed by transgender personnel. As Salon’s Amanda Marcotte wrote at the time:

The excuse that Trump used when he first announced [the transgender military ban] on Twitter, and the excuse he will almost certainly continue to use, is that medical care for trans people, such as hormone therapy or gender confirmation surgery, is too expensive. Not only is this another lie — it was widely reported that the military spends five times as much on Viagra as it expects to spend on gender confirmation treatments — but this excuse is in itself a form of bigotry, a way to demonize transgender people by stigmatizing the health care they need.

The appearance of the word “transgender” on the list of banned CDC words greatly suggests erasure is the administration’s intent. While the CDC is currently involved in research studies involving trans people — including studying HIV transmission diagnoses among transgender persons — an inability to name one’s object of study would undoubtedly make research more difficult.

Equally sinister is the inclusion of the verb phrases “evidence-based” and “science-based.” Just as the Trump administration has sown doubt in public opinion of journalists — by constantly questioning their trustworthiness and whether reported “facts” are true — his cadre has done the same with science and scientists, continuing a tradition passed down from the Bush administration. As the Post reported:

Instead of “science-based” or ­“evidence-based,” the suggested phrase is “CDC bases its recommendations on science in consideration with community standards and wishes,” the person said. In other cases, no replacement words were immediately offered.

Whereas “science-based” implies a systematized form of reasoning and rationality based on measuring, hypothesizing and experimentation, “community standards and wishes” is a more wishy-washy phrase. Whose community and whose standards? There is a large degree of unmeasurable uncertainty introduced by swapping out these two phrases. You could justify virtually any political decision by chalking it up to “community standards and wishes.”

The Trump administration’s foray into linguistic decrees is not a new phenomenon among the American Right. One recent comparable instance of state-decreed censorship: John Ashcroft, a Christian fundamentalist and the first attorney general under George W. Bush, insisted on covering the breasts of a marble statue of the “Spirit of Justice” that stood in the main Justice building. This act of modesty reportedly cost $8,000 of taxpayer money.