The star correspondent will no longer report on the White House, but will remain at the paper 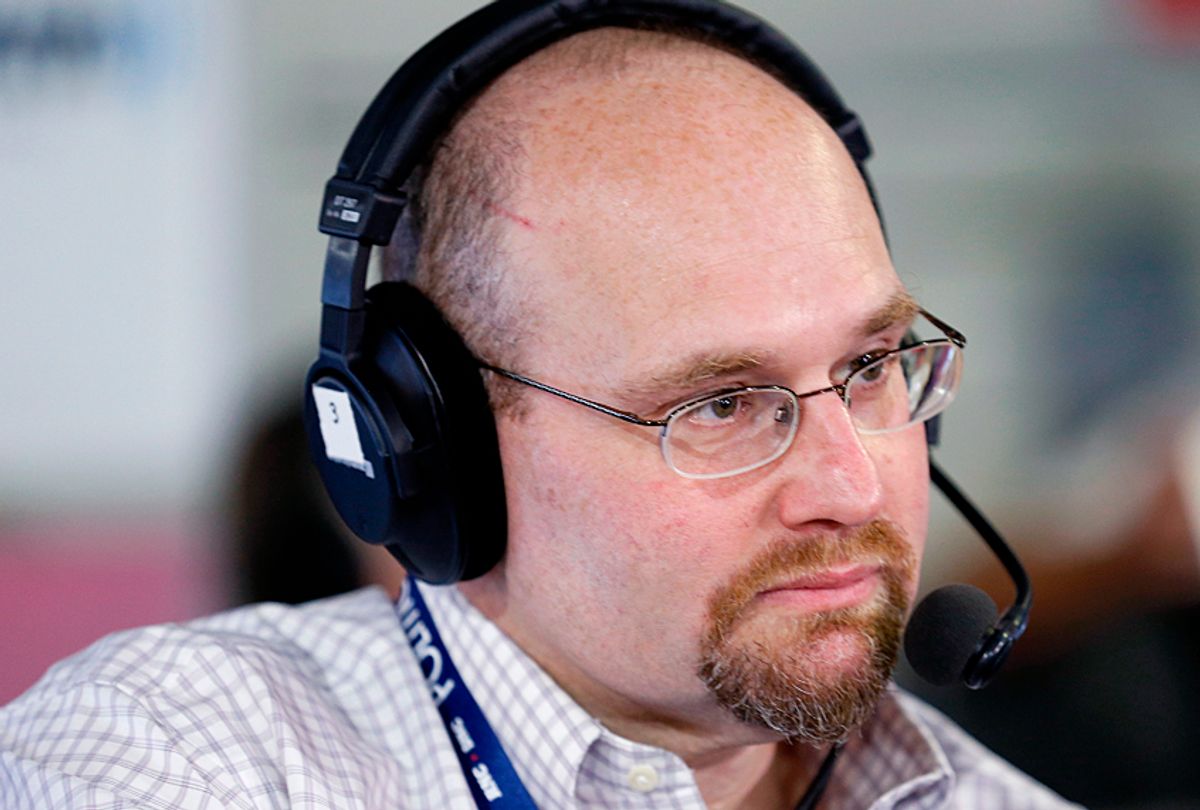 Glenn Thrush, the New York Times White House correspondent and MSNBC contributor, will remain at the New York Times after being suspended following reports in November of possible sexual misconduct. Thrush will reportedly to return to the Times in one month.

Thrush, a star member of the White House press corps, will no longer report on beltway politics, according to a statement from the Times. His new assignment has yet to be announced.

In a statement, Times editor Dean Baquet wrote, "We have completed our investigation into Glenn Thrush’s behavior, which included dozens of interviews with people both inside and outside the newsroom." Baquet added that, "We found that Glenn has behaved in ways that we do not condone."

"While we believe that Glenn has acted offensively," Baquet said, "we have decided that he does not deserve to be fired." Rather, Baquet wrote, "he will receive training designed to improve his workplace conduct . . . In addition, Glenn is undergoing counseling and substance abuse rehabilitation on his own. We will reinstate him as a reporter on a new beat upon his return."

Thrush is reportedly still in rehab at this time.

It is unknown how or if Thrush's new position at the Times will affect his ongoing work on a book about the Trump administration, which he is co-writing with fellow White House reporter Maggie Haberman.

Thrush became a person of interest in the ongoing series of revelations about the misconduct of men in media and industry following the November 20 publication of an article on Vox in which several of the writer's former colleagues at Politico and women elsewhere alleged that Thrush made unwanted advances towards them, engaged in unwanted touching, and had a pattern of misrepresenting his relationships with them. The writer of the piece herself alleged that Thrush had touched her thigh unbidden and then possibly spread rumors about the encounter, reversing their roles, to their co-workers at Politico. There are other, more serious accusations in the piece.

Almost immediately after the publication of Vox's piece, the paper suspended the star reporter and launched an investigation which, as Times reporter Sydney Ember wrote, "was led by Charlotte Behrendt, a lawyer in the Times newsroom, and involved interviews with more than 30 people in New York and Washington, both inside and outside The Times, according to a person briefed on the process. Ms. Behrendt compiled a report with her findings that was reviewed by Dean Baquet, the executive editor, and a group of top editors."

Thrush himself had no comment on the statement or decision and remains off Twitter. He had already written in response to the Vox article saying, "I apologize to any woman who felt uncomfortable in my presence, and for any situation where I behaved inappropriately," adding, "any behavior that makes a woman feel disrespected or uncomfortable is unacceptable."

While the nominal transparency of the Times' management here may be laudatory (it's at least somewhat remarkable that the paper assigned one of their writers to report on this), the decision stands in contrast to the treatment handed out to other media figures standing down similar accusations. The New Yorker's Ryan Lizza, Vox's Lockhart Steele, The Paris Review's Lorin Stein, NPR's Michael Oreskes, NBC's Matt Lauer, MSNBC and NBC contributor Mark Halperin and many others in the field have all either been terminated or forced to resign following allegations not significantly different than those lodged against Thrush. What, if anything, differentiates this case from the others is unclear.

In his statement, Baquet explained that "each case has to be evaluated based on individual circumstances," adding that, "we believe this is an appropriate response to Glenn’s situation." He ended by saying "The Times is committed not only to our leading coverage of this issue but also to ensuring that we provide a working environment where all of our colleagues feel respected, safe and supported."