Joe Arpaio for Senate? It's not as far-fetched as it sounds 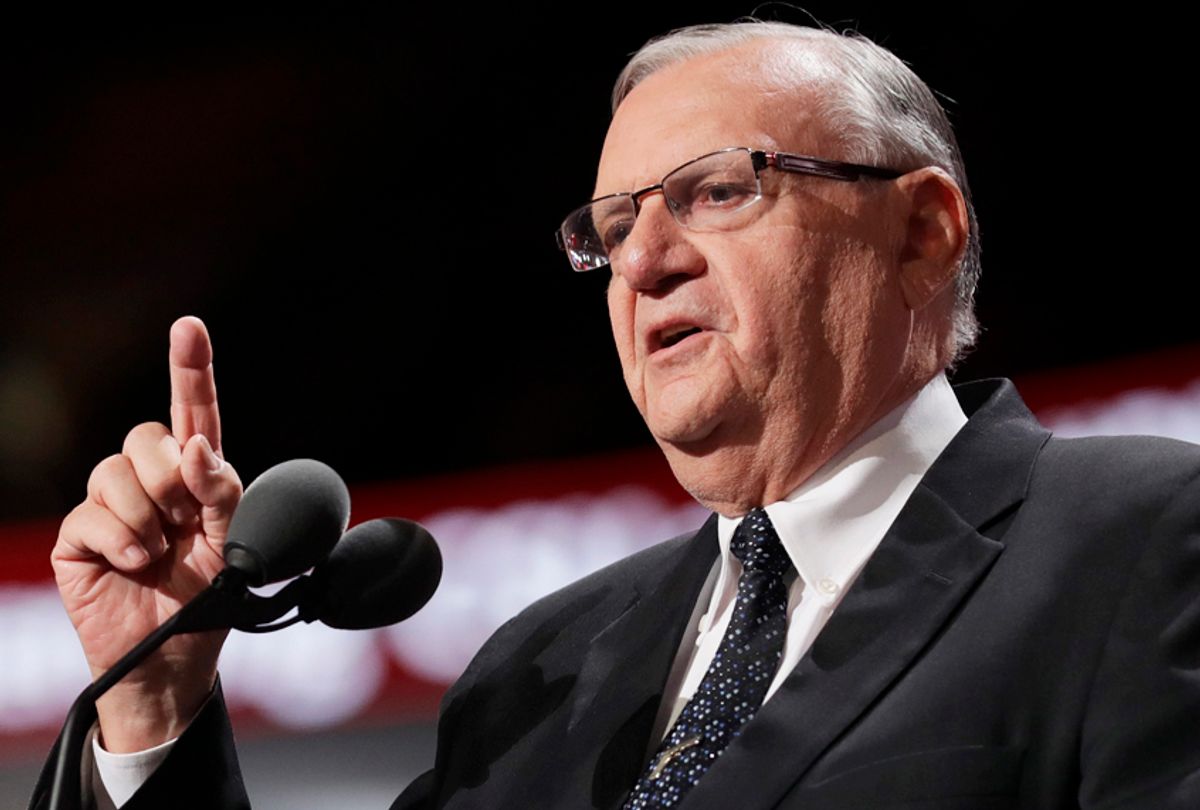 In what was already becoming one of the more prominent U.S. Senate races in 2018, the battle for Jeff Flake’s soon-to-be-vacant seat then got even messier.

In October, Flake announced his resignation at the end of the current term, saying he would not seek re-election in part because of the direction of the Republican Party under Donald Trump. That seemingly left the door open for Kelli Ward, a former osteopathic physician and Arizona state senator, to become the front-runner. But much has happened since then, including the Trump-Steve Bannon fallout and a slew of other high-profile candidates entering the race, notably former Maricopa County Sheriff Joe Arpaio.

Arpaio announced his bid on January 8, saying in a tweet, “I am running for the U.S. Senate from the Great State of Arizona, for one unwavering reason: to support the agenda and policies of President Donald Trump in his mission to Make America Great Again.”

Arpaio’s announcement came as a shock to many within the state and elsewhere. The embattled former sheriff was convicted last year of criminal contempt for refusing to stop his deputies from enforcing immigration in and around metro Phoenix — which does not fall under the jurisdiction of the sheriff’s office, especially one in a county hundreds of miles from the border. Arpaio received a presidential pardon in August.

Arpaio is also coming off a loss to a Democrat. In the 2016 election for sheriff, Paul Penzone defeated Arpaio in a county that is heavily Republican. In fact, Maricopa County was the only top-10 county in terms of population to vote for Trump. Hillary Clinton’s margin of defeat was only 3.5 percentage points, a difference slimmer than that of Obama’s margin of defeat in 2012 against Mitt Romney (10.1) and in 2008 against John McCain (8.8).

Yet while both of these factors could lead one to believe Arpaio is a longshot in this race, he may have a better chance than many think.

Arpaio has been a longtime supporter of Trump, offering his endorsement back in 2015, more than a year before the election. He was sheriff for 24 years, and until this last election, nobody really seriously challenged him. It’s conceivable that the Republican voters of Arizona might give him enough votes to challenge Ward and the other big name in the running, Arizona Representative Martha McSally.

Ward, for her part, welcomed Arpaio into the race, but had little positive to say about McSally. In a statement from Ward’s campaign chair Ed Rollins, he said, “Dr. Ward has great respect for Sheriff Joe Arpaio. . . . His candidacy shows that conservatives in Arizona are fed up with the status quo and know that we need senators who support President Trump and the America First agenda.” Regarding McSally, Rollins said, “She will be just another version of Jeff Flake.”

Several have wondered whether Arpaio's presence may siphon off support for Ward or whether his entrance in the race gives Democrats a chance to turn a traditionally red county blue, like they did in Alabama in December. Further complicating matters is that Ward was a favorite of former White House chief strategist Steve Bannon, whose estrangement from the president now puts a Trump endorsement for her campaign at risk. Trump has only offered her a tweet in support, and that was back in August.

So does Arpaio have an actual shot at winning this election?

Statistically speaking, everyone has a chance at this point, as there are still several months until the August election. McSally is looked at as a favorite among the GOP establishment within the state, while Ward was the front-runner to be the GOP candidate prior to Flake’s resignation. Even if he were to make if out of the primary, Arpaio would face a seemingly insurmountable task in defeating the presumed Democratic candidate, Kyrsten Sinema, who is liked on both sides of the aisle and is a prolific fundraiser. But his chances of beating McSally and Ward aren’t great, and even then, many aren’t sure how any of these candidates would do against Sinema in the general election.

Arpaio has certainly lost favor with voters in the state, but he hasn’t diminished in the eyes of the president. A lot can happen between now and election day, as Trump himself proves. January has already seen a government shutdown, a tell-all book about the presidency which reads like a gossip magazine and a bombshell of a story that the president allegedly had an affair with an adult film star named Stormy Daniels. Just about anything, including Arpaio in the Senate, could be on the table.