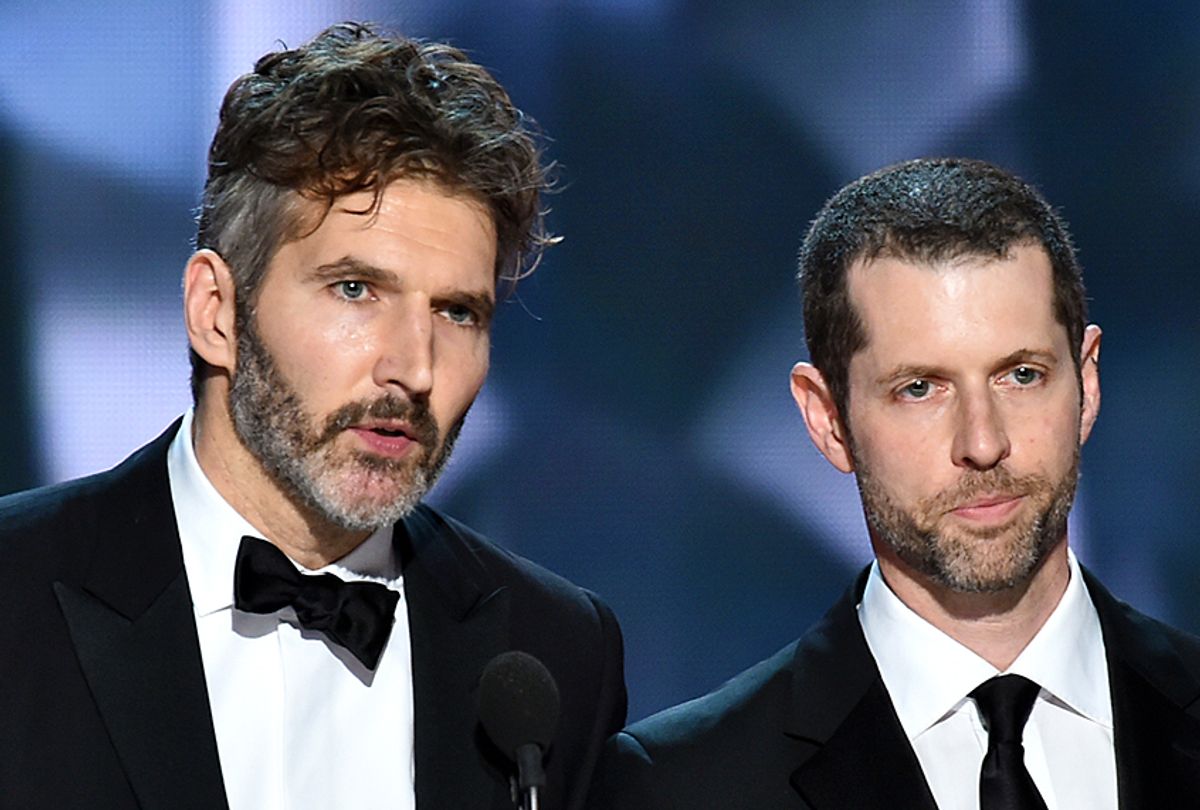 David Benioff and D.B. Weiss, the producers behind HBO's tentpole fantasy epic "Game of Thrones," will write and produce a new series of "Star Wars" films, Disney announced today. "David and Dan are some of the best storytellers working today," Kathleen Kennedy, president of Lucasfilm (the company behind the "Star Wars" series), said in a statement. "Their command of complex characters, depth of story and richness of mythology will break new ground and boldly push Star Wars in ways I find incredibly exciting."

Benioff and Weiss' new series "will be separate from the main episodic Skywalker saga that started with 'Star Wars: A New Hope' and is slated to wrap up with 2019’s 'Star Wars: Episode IX,'" Variety reported. "It will also exist independently from a Rian Johnson-helmed series that was announced last year."

Since Disney acquired Lucasfilm in 2012, the studio has launched multiple spinoffs to extend the seminal scifi series and further capitalize on their investment. Standalone films include "Rogue One: A Star Wars Story", released in 2016, "Solo", which is set to arrive this year, and other forthcoming projects.

The announcement from Disney also comes as "Game of Thrones" is ending. The acclaimed series, adapted from George R.R. Martin's books, starts its final season on HBO in 2019. Controversially, Benioff and Weiss said they were developing "Confederate," a new series for HBO that imagined a contemporary America in which the Confederacy won the Civil War and slavery persisted. Not even a month later, white nationalists marched in Charlottesville, many brandishing Confederate flags. Many asked aloud why we needed a series that explored an alternate history of America, when real-life white supremacists were already actively vying for that fantasy to become reality? According to Variety, HBO declined to comment on the status of "Confederate," though development seems to have slowed down to a gentle crawl.

In a joint statement, Benioff and Weiss breezed by that, saying the "Star Wars" films will be their next project. "In the summer of 1977 we traveled to a galaxy far, far away, and we’ve been dreaming of it ever since," Benioff and Weiss said. "We are honored by the opportunity, a little terrified by the responsibility, and so excited to get started as soon as the final season of 'Game of Thrones' is complete."

The two have also been noted for creating storylines and scenes that demonstrate a regressive approach to questions of rape and feminism. Wonton, bloody violence, something rarely seen in the "Star Wars" universe, is also a signature of the producing team. That said, they have also offered well-rounded, fierce women characters and, yes, one of the most engrossing — if regularly problematic — shows in recent memory.

Disney did not offer any specifics for when the new films from Benioff and Weiss will hit the big screen.