In a new profile by GQ, the actor reveals the roots of his Hollywood retreat 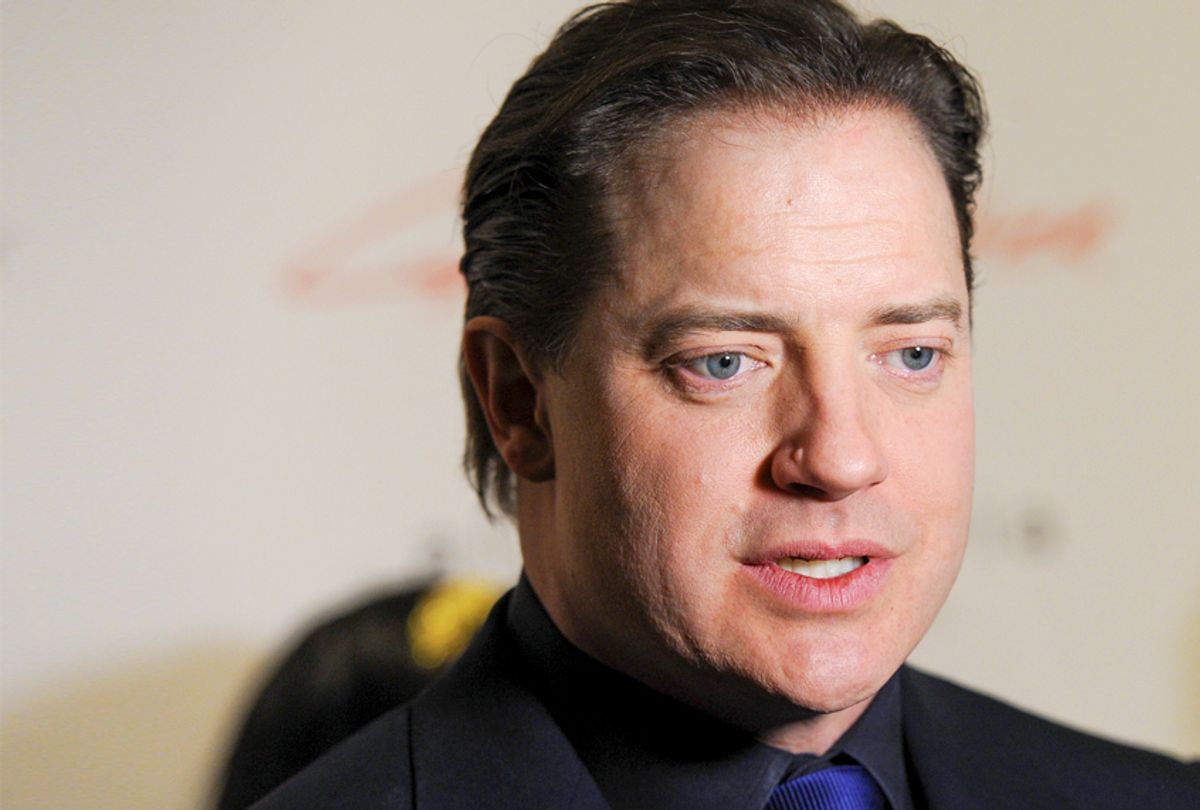 A famous performer with a string of blockbuster hits and an iconic physique recedes from the public eye. Then, via a string of smaller character roles and a revealing magazine interview, the details emerge. Divorce. The duties of parenting a special needs child. Aging. Sexual harassment and possible retribution for complaining about it. It's a familiar Hollywood story. It just usually isn't one involving a male star.

In a candid and affecting new GQ profile by Zach Baron with the frank title "What Ever Happened to Brendan Fraser?" the once ubiquitous leading man opens up about his quiet comeback with roles on "The Affair," "Condor," and a new FX series called "Trust," as well as the reasons he's been largely out of the spotlight for more than a decade. In conversation with writer Zach Barron, Fraser talks about his eldest son, Griffin, who's on the autism spectrum and who "needs extra love in the world, and he gets it." He discusses about the injuries and the surgeries that his action roles brought him, and the toll they took on his body.

And he opens up about why he seemed so uncomfortable in a viral 2016 interview that was swiftly dubbed "Sad Brendan Fraser" — his mother had died just days before.

“I buried my mom,” Fraser says. “I think I was in mourning, and I didn't know what that meant.” He hadn't done press in a while; suddenly he was sitting on a stool in front of an audience, promoting the third season of a show he'd barely been on. “I wasn't quite sure what the format was. And I felt like: Man, I got fucking old. Damn, this is the way it's done now?”

And he discusses a 2003 incident in which he claims he was groped by Philip Berk, the former president of the Hollywood Foreign Press Association. (Berk claims it was a joking pinch; Fraser maintains it was far more invasive.) At the time, he says, "I felt ill. I felt like a little kid. I felt like there was a ball in my throat. I thought I was going to cry." As time went on, the experience contributed to him becoming "depressed" and "reclusive," all while blaming himself for what happened:

Fraser says the experience messed with his sense of “who I was and what I was doing.” Work, he says, “withered on the vine for me. In my mind, at least, something had been taken away from me.” This past fall, he watched other people come forward to talk about similar experiences, he says. “I know Rose [McGowan], I know Ashley [Judd], I know Mira [Sorvino]—I've worked with them. I call them friends in my mind. I haven't spoken to them in years, but they're my friends. I watched this wonderful movement, these people with the courage to say what I didn't have the courage to say.”

Over the past two years, as Fraser has begun working more steadily again, he's faced snide comments about his "unrecognizable" transformation from the sexy star he was more than two decades ago. He's wondered if he was ostracized for complaining about the actions of a powerful man. He has, in short, been treated like scores of women in his profession have. And now, just like them, he's ready to get back to work. Read the entire profile at GQ.