Thousands of Republicans voted for an Illinois Nazi

Yes, the GOP couldn't run an opponent for Arthur Jones. But thousands voted for him anyway! 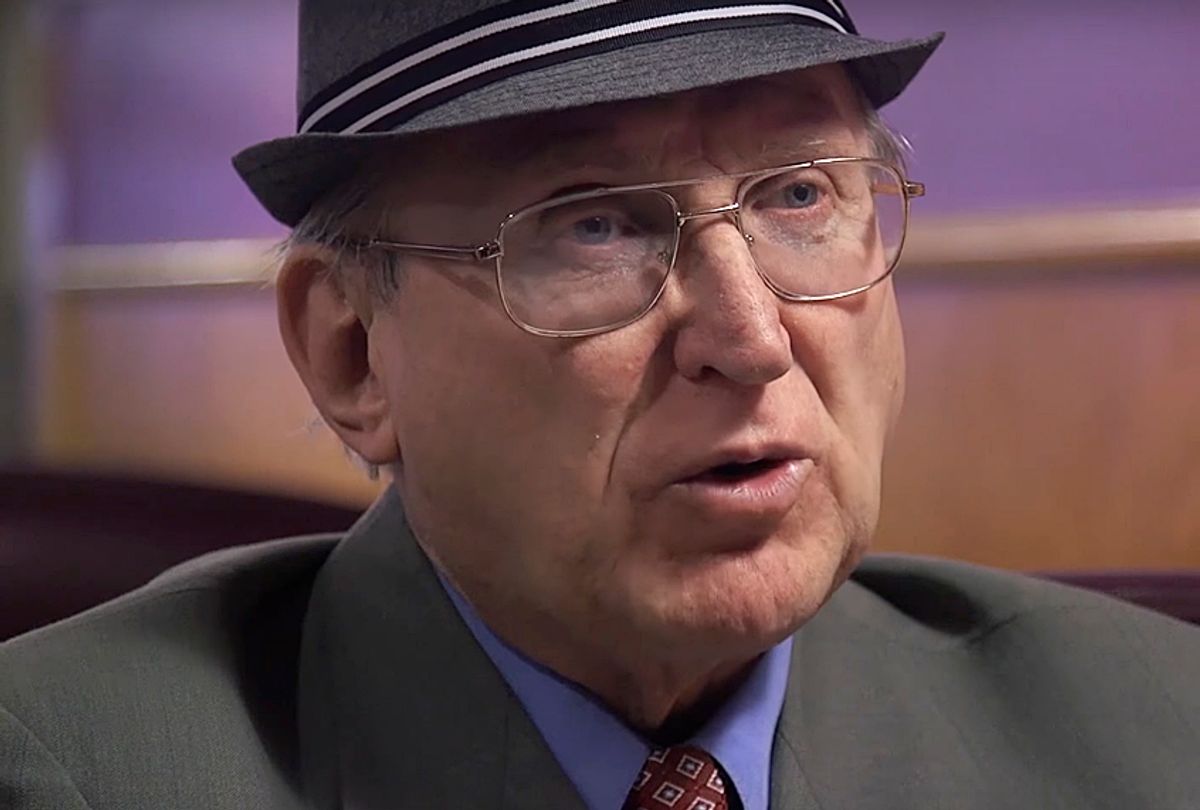 On his fifth attempt, a Nazi who ran unopposed in Illinois won the Republican primary on Tuesday in the state's Third Congressional District. For weeks the Illinois Republican Party attempted to separate itself from Arthur Jones, 70, who is a known Holocaust denier.

To be fair, the state's party leadership was appalled by Jones' win.

"Arthur Jones is not a real Republican — he is a Nazi whose disgusting, bigoted views have no place in our nation’s discourse," said Tim Schneider, the chairman of the Illinois Republican Party, according to The New York Times. He advised voters "to skip over his name when they go to the polls." But thousands of Republicans didn't.

"Even if only myself and my wife voted for me, I’d win the primary because the Republican Party screwed up big time," Jones said in an interview, according to the Times.

The district is heavily Democratic and hasn't elected a Republican to office since 1975. Rep. Dan Lipinski has represented Illinois' Third District for over a decade.

But perhaps the most interesting part of Jones' victory is that the Republicans essentially guaranteed it in their decision to allow him to run without a challenger.

Illinois Republicans had an opportunity to separate themselves from Jones' far-right views, especially at a time in which hate crimes, specifically from far-right extremists, have been on the rise. President Donald Trump has himself struggled to condemn far-right violence, such as after a neo-Nazi in Charlottesville mowed down peaceful protesters, leaving one dead.

The issue is perhaps even larger than just Trump. Though he has certainly emboldened white nationalist groups, the nation as a whole has struggled to treat extremist violence from white nationalists with the same gravity it has treated terrorism committed by people of color.

"This stuff about being a Nazi, that’s in the past," Jones said, according to the Times, though Jones' campaign website openly denied the Holocaust and described it as "a greatly overblown nonevent."