Joss Whedon is developing a new HBO series. Despite my love of "Dr. Horrible" and "Buffy," I'll pass on this one 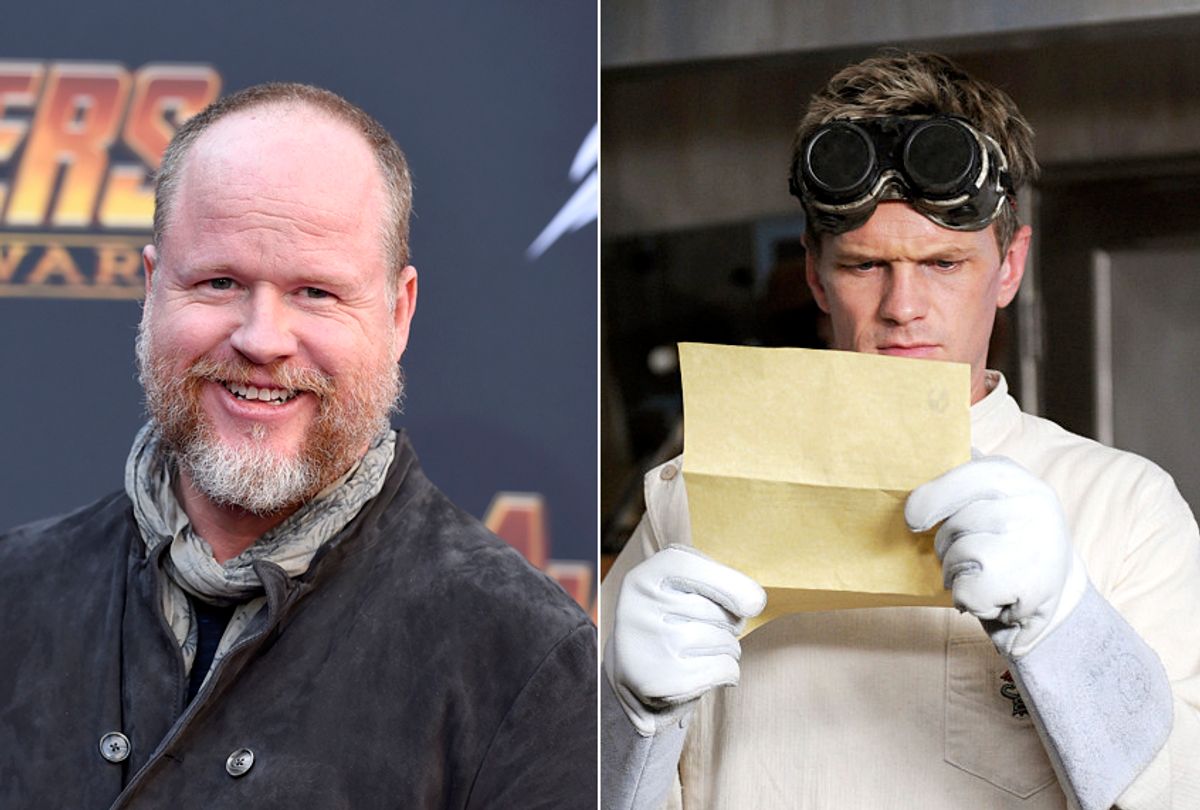 Did you ever hear some news about someone you spent a long time being enamored of and find yourself thinking, "Wow, am I not interested in that person now"? In related news, did you know that Joss Whedon is coming back to TV? It's a new series for HBO called, appropriate to the feelings of some of us, "The Nevers."

Ten years ago this week, Dr. Horrible was practicing his evil laugh. Captain Hammer was doing the weird stuff. And Penny was dying. It's been exactly a decade since the groundbreaking "Dr. Horrible's Sing-Along Blog" debuted on — and then broke — the Internet. It's been more than 20 years since Sunnyvale's greatest slayer was called, nearly two decades since Angel Investigations opened up shop, 15 since "Firefly" was canceled. The impact cultural of Joss Whedon original's stories and characters continues to ripple out today. And yet when the news of his return was announced last week, my immediate response was indifference, tipping to the side of nope. Welcome back to the Hellmouth, I guess. Things have changed.

We fans all have our own Whedonverse origin stories. I was already well into adulthood when "Buffy" premiered, and initially ignored it. It wasn't until deep into the first season (and before you could just catch up on demand) when the buzz among my friends became too persuasive to ignore. It was love at first stake, and for a long time after, show after show. And Whedon's 1997–2008 era work still holds up, because it brims with crackling dialogue, deeply realized characters and genuine frights. The talent contained in them is an embarrassment of riches, notably from writers like Marti Noxon, David Fury, Tim Minear and Jane Espenson.

For years, I watched every episode of every show, usually in the company of friends, because the shows always seemed to demand immediate response. I sat on the couch with a pal whose mother had died young and we watched "The Body" episode of "Buffy" together and we cried and I was still crying the next day. I watched "Once More, With Feeling" at a party. "Dr. Horrible" happened to coincide with an eventful week in my life, and it got me out of my head like it was medicine.

"Dr. Horrible" was a beautiful fluke. It had been conceived during the lull of 2007–2008 Writers Guild of America strike — like the most fantastic manifestation of shower thoughts. There's a whole song about it on the DVD commentary track. Doled out over three alternating days in the summer Obama was running for president and Twitter, Facebook and the iPhone were still relatively new and not consuming/ruining our lives, "Dr. Horrible" was at once the last gasp of a passing era and the first breath of a new one. It called itself a blog, which is something that people used to do on LiveJournal. It was also an internet event, bypassing commercial television and movie screens in a direct, intimate way. It had a jaunty array of songs, an eminently quotable script, and, as with all things Joss, a cast who could crack you up and then make you feel like you'd been punched in the gut. The response was thundering. It proved, five years before Netflix debuted "House of Cards," that the era of original online content had arrived.

Whedon meanwhile, had firmly established his feminist credentials along the way. He'd given the world indelible characters and storylines that depicted females as complicated, resourceful, witty and strong (along with the two seasons of sex slavery that was "Dollhouse"). You know, fully realized individuals. In his famous 2006 acceptance speech for an Equality Now award, he offered a series of responses to the imagined question, "Why do you always write these strong women characters?" He cited his parents; he said that "Because equality is not a concept. It's not something we should be striving for. It's a necessity." And he asked, "Why aren't you asking a hundred other guys why they don't write strong women characters?"

Whedon has kept more than busy over the last several years, moving over to the Marvel Universe with the series "Agents of S.H.I.E.L.D." and "Avengers" movies, while also lending his writing talent to cult hits "Cabin In the Woods" and "In Your Eyes." His 2012 adaptation of "Much Ado About Nothing," with a cast of some of the most reliable players from his television ensembles, was a summer sleeper hit.

But then last year, he made headlines for a reason that had nothing to do with his latest creative endeavor. In a blistering August guest column for The Wrap that predated the #MeToo movement by months — so don't blame it on that — Whedon's ex-wife Kai Cole asserted that Whedon had been a serial philanderer. She claimed that he'd dismissed her suspicions about his relationships with other women by saying that "his mother raised him as a feminist, so he just liked women better." But that he later wrote to her, "When I was running 'Buffy,' I was surrounded by beautiful, needy, aggressive young women. It felt like I had a disease, like something from a Greek myth. Suddenly I am a powerful producer and the world is laid out at my feet and I can’t touch it." But touch it he did, reportedly, many times.

She said he explained, "In many ways I was the HEIGHT of normal, in this culture. We’re taught to be providers and companions and at the same time, to conquer and acquire — specifically sexually — and I was pulling off both!"

In a followup statement, a spokesman told Deadline, "While this account includes inaccuracies and misrepresentations which can be harmful to their family, Joss is not commenting, out of concern for his children and out of respect for his ex-wife."

The private philandering of public figures is not a basis for disavowing their creative work or social impact. And consensual affairs are in no way, shape or form the same as harassment. What is not cool, however, is Whedon's apparent eagerness to blame his indiscretions on "needy, aggressive" females or a culture that allegedly "taught" men to "conquer and acquire." Also not cool: seemingly gaslighting your partner. Super not cool: leveraging your woke cred to do it.

Cole said, "He never conceded the hypocrisy of being out in the world preaching feminist ideals, while at the same time, taking away my right to make choices for my life and my body based on the truth. He deceived me for 15 years, so he could have everything he wanted." And while no one can fully know the inside of anybody else's marriage, this is where I get off the train.

I still love Whedon's "Buffy"/"Firefly"/"Dr. Horrible"-era work. I watch the shows again with my teenage daughters, and still marvel at their cleverness and emotional complexity (and Buffy's chokers). I love Willow Rosenberg, and the character arc of her coming out. I think about Season 5 of "Buffy" and Warren Mears and how the whole story really nailed the Big Bad of incels a lot lately. But when I hear about another middle-aged white guy landing a deal in what Deadline no doubt modestly called "a competitive situation," I just think of all the other rising talent those resources could go to.

The contemporary world of entertainment that Joss Whedon helped shape is so much bigger now. Yet despite the multitude of platforms for narrative entertainment, women still only account for roughly a quarter of all creators, directors, writers, producers, executive producers, editors and directors of photography on broadcast, cable and streaming networks. When I recall Whedon wondering long ago, "Why aren't you asking a hundred other guys why they don't write strong women characters?" I am struck by the implied assumption that the default Hollywood storytellers are a hundred guys. I am struck by how depressingly accurate that expectation still is.

Joss Whedon will now be the writer, director, executive producer and showrunner for what is being described as an "epic science fiction drama about a gang of Victorian women who find themselves with unusual abilities, relentless enemies, and a mission that might change the world." I don't mind men, especially ones who've created great female characters before, telling women's stories. In fact, I'm generally thrilled when the job of telling women's stories doesn't fall exclusively to women. I also get that Whedon's a tried and true one man brand, and a guy's got to work. But there are so many other stories to be told right now, and so many other people I'd rather hear tell them. Strong women characters slaying demons are fine. Strong women creators shattering ceilings are better.

Margo Martindale on being good at being bad

The actress reveals the joy of her meatiest roles