Kim Brooks left her son in the car, and the cops came for her. This is parenting in the age of fear

But as the "Small Animals" author tells Salon, "It's not the fear itself that's the problem" 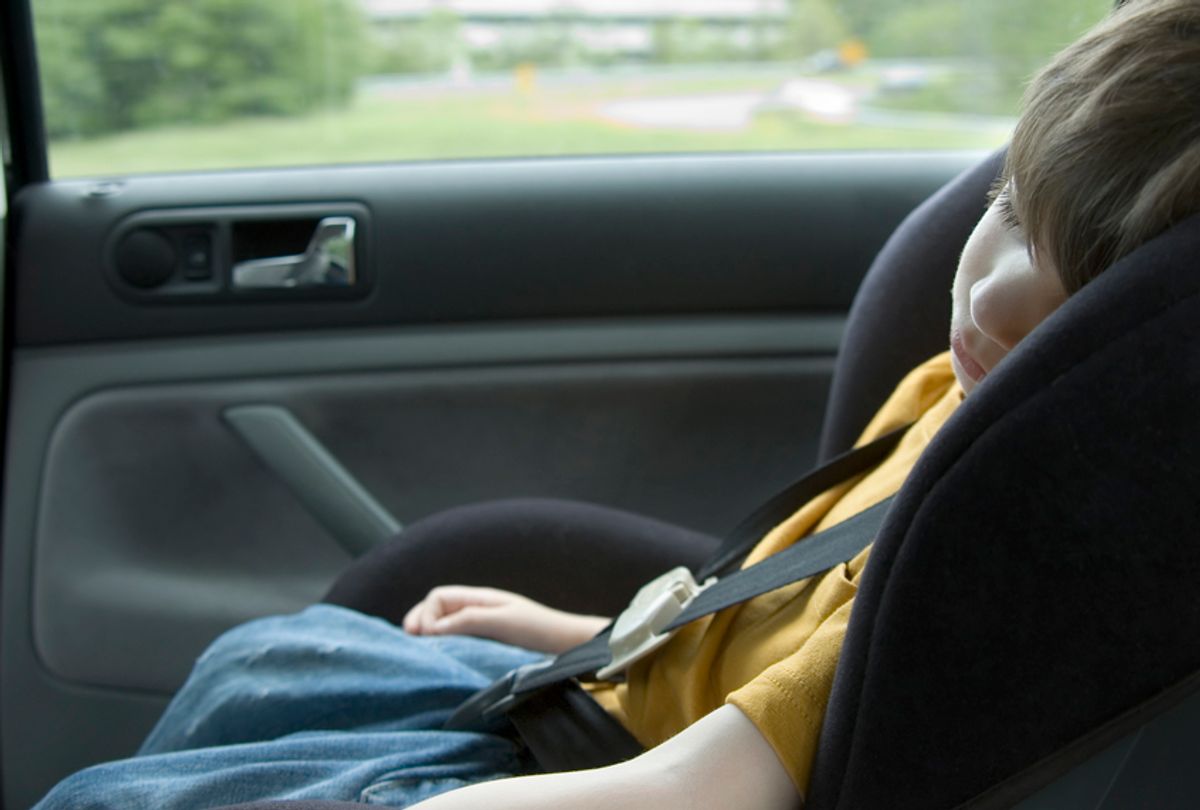 A few years ago, Kim Brooks made the life-changing decision to run into a store for a quick errand. It was a cool day. She got in the car, pulled in to the parking lot, and emerged roughly five minutes later with the new headphones she needed in hand. Eventually, that act led to months of legal wrangling and a hundred hours of community service. Because on that day, Brooks chose to let her tantrumming four-year-old stay in the car while she went inside. A passerby called the cops.

When Brooks wrote about her experience later here in Salon, the response was explosive. The story provoked outrage among commenters, but also prompted debate over the nanny state and whether fears like "stranger danger" have kneecapped a generation of both parents and children. Brooks has spent a lot of time in the intervening years thinking of that split-second choice. Yet as her new book, "Small Animals: Parenting in the Age of Anxiety," notes, the most dangerous thing she did that day was get behind the wheel. Children die in car accidents all the time, yet no one calls the authorities on the mom with a squirmy toddler buckled in a car seat. Or at least not yet.

"It still seems normal to let your kids go swimming," Brooks observes when I speak to her via phone. "Let your kids go in the pool; learn to swim, even though many children die drowning every year. Or let your kids get in the car to drive them some place, that still seems normal. But a generation ago, it was also very normal for kids to walk on their own a mile to school. A generation or two ago, it was still very normal for kids to be unsupervised in public spaces, to play without observation, to have free time, to run errands for their parents, and they lived in cities. So all these things were quite normal. They're just not normal anymore. They seem more risky than they are."

Brooks was inspired to write "Small Animals" when, she says, when "A lot of women started reaching out to me, telling me that they had gone through similar things or were going through similar things. This isn't just some crazy fluke that happened to me. This is part of a larger cultural force that I've been swept up in. That's when I thought, I need to write about it."

As she observes, we are living in the age of competitive parenting. Not that the past was necessarily a golden era — when I was growing up, problems in the family stayed in the family and feelings were barely to be experienced, let alone discussed. Not ideal.

Brooks says, "I've certainly talked to friends or family members who have said, 'When my kid was struggling with problems, I was so happy that I could turn to an online community and get advice, get support, not feel like I was the only one out there.' That's certainly a good thing. But the problem is also that it opens the possibility for a more feeling of vulnerability and judgment and exposure and also a lack of self-trust or confidence in my own competence as a parent."

And who are we doing that for, Brooks wonders?

"We're not doing it for them. We're doing it for each other: 'Look at me, look how busy I am, look at supermom, totally self-sacrificing and never has a moment to sit down,'" she said. "That's not what [kids] want, I don't think. Our kids want to hang out. They want to hang out with you or maybe at some point, they want to hang out with their friends and know that you're there. You're there if you need them and that you see them and you know who they are and you love them, but not that you're hovering over them every second."

Part candid memoir, part social history, "Small Animals" explores how we got to this place — including the "moral panic" period beginning in the late '70s that exaggerated parental fears of stranger abduction and daycare sexual abuse. Of course, being protective is a parent's job. So is raising competent future adults. It's a tricky job, one made trickier by a constant news stream telling you what's really lurking in your morning cereal, or why you should never let your kid cross the street. And at a moment where "good" parenting is supposed to look like super-duper engaged parenting, the act of sitting back and letting a child play on their own doesn't necessarily seem as loving or normal. It can seem insufficiently nurturing.

"I don't exactly know how to answer it because, how could you not be afraid?" she said. "Ever read the news or go on social media or listen to the radio and not feel afraid and unsafe and terrified for your children and also for yourself? We don't feel safe. We don't feel protected, things are changing so quickly, the political situation is everyday more of a nightmare hellscape and of course we're afraid for our kids."

Brooks thinks "how do we not feel afraid?" isn't the right question. Rather, she says, we should be asking, what do we do about our fear? And how do we deal with it?

"We can choose to always capitulate to our fears and live in the smallest way, to project our fears onto the outside world or onto other people. Or do we choose to deal with our fears, to do the inner work required, to live with fear, but to not be ruled by fear?" she said. "Do we refuse to institutionalize fear, to impose our fears on the other people? It's not the fear itself that's the problem. Fear’s just a feeling. I feel afraid. I feel sad sometimes, I feel angry. And those feelings are fine. It's what we do with those feelings."

Boy, do I relate. This week I am sending my daughter, who has had serious health issues, off to college. I can feel anxious (I do), but I can also choose to behave with courage, to raise my daughters to be strong women who can take care of themselves and manage their own fears and anxieties, rather than burden them with the weight of their mom's or anybody else's. And I want my kids to feel like raising them is a joy and an absolute blast, not the scariest thing in the world.

"Ultimately, it's an act of love," said Brooks. "That's how we show our love for our children, by doing the work that it takes to move through our fears. To not make it their problem. To not punish them or make them suffer the lack of freedom that would soothe our fears — especially our irrational fears. It's work. It's hard work, but you do it because you love them and because you want them to live full and meaningful lives."

And, she says, "It's hard to do that when you're living your life fearfully."

The case for "mean" parenting

Author Tom Schillue on the good kind of tough love