Ann Coulter reacts to explosive devices sent in the mail: "Bombs are a liberal tactic" 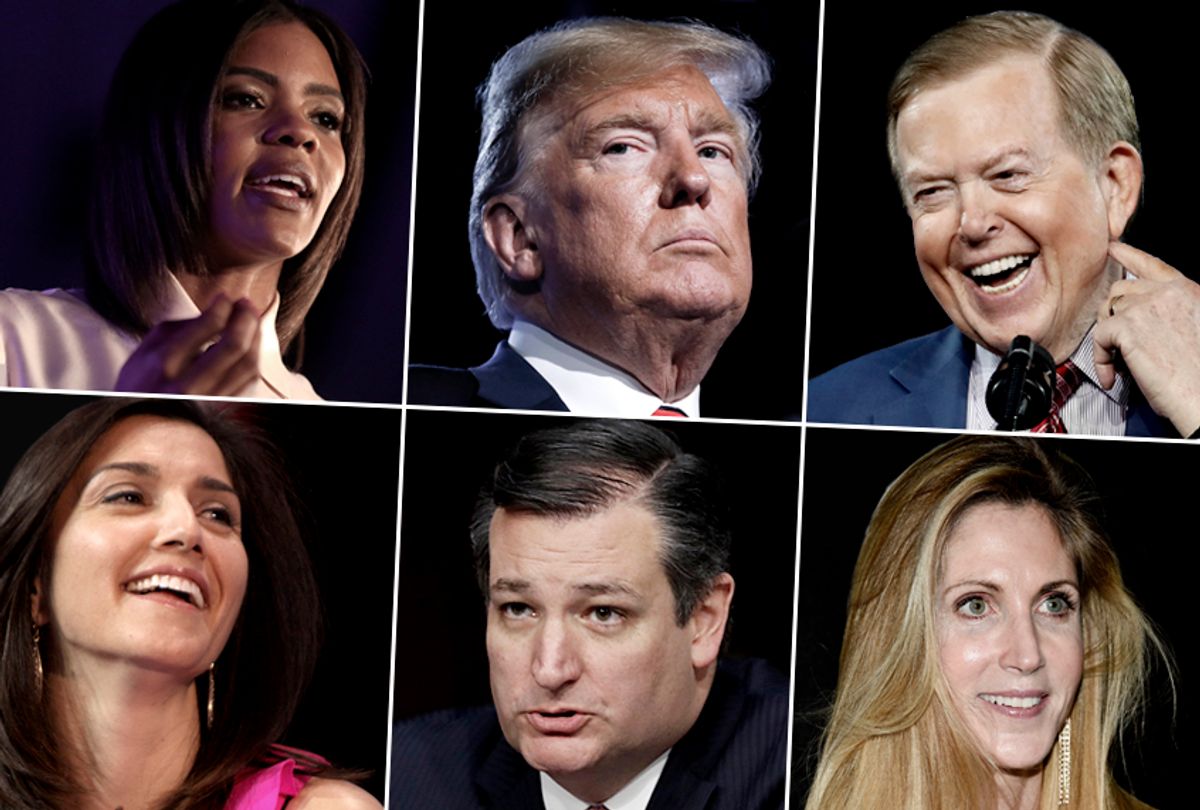 Conservative lawmakers and commentators began to spread a conspiracy on Wednesday that the series of suspicious packages containing explosive devices addressed to top Democratic figures and CNN were sent to boost support for progressives two weeks ahead of the midterm elections.

"It's happening in October," the talk show radio host and conservative political commentator Rush Limbaugh said on his show Wednesday. "There's a reason for this."Limbaugh added that attempted violent attacks were not in line with conservatives' usual behavior. "Republicans just don’t do this kind of thing," he claimed.

Candace Owens, a prominent conservative commentator and frequent Fox News guest, proclaimed in a since-deleted tweet that there was a "0% chance that these suspicious packages were sent by conservatives." She added that "the only thing 'suspicious' about these package is their timing" before accusing "leftists" of using "fake bomb threats" for political gain.

During a Thursday morning appearance on "Fox & Friends," Fox News contributor Rachel Campos-Duffy said, "Conservatives are the ones who really know what it feels like to have that kind of hate thrown at them." She added that, at Trump's Wednesday night rally in Wisconsin, the president's supporters "complained to me that outside of a rally like this they felt unsafe wearing their Trump gear."

Ann Coulter, the far-right political pundit, said on Twitter that "bombs are a liberal tactic."

Dinesh D'Souza, the right-wing author, pundit and filmmaker who was pardoned by Trump for a felony conviction of making illegal campaign contributions, also boosted the false flag conspiracy on his Twitter account. "I hear the FBI squeezed lemon juice on the suspicious packages and a very faint lettering revealed a single word: DEMOCRATS," he tweeted.

Republican Sen. Ted Cruz of Texas, who is locked in a tight race against Democrat RBeto O'Rourke for his seat in Congress, also blamed Democrats for "encouraging" politically motivated violence during an appearance on MSNBC's "Meet the Press Daily." Cruz said that Democrats and Republicans alike should tone down their hostile rhetoric and disagree in a civil manner.

When asked if President Donald Trump — who has regularly incited violence against Democrats and attacked major news organizations, especially CNN — could do more to support that effort, Cruz pivoted his focus to blame Democrats for engaging in violent rhetoric. "I think the media always focuses on on the president," he claimed. "There are too many Democratic politicians that are actively encouraging this."

The Texas lawmaker then cited comments from Rep. Maxine Waters (D-Calif.), who came under intense scrutiny among conservatives for urging her supporters to confront members of the Trump administration in public. He pointed to Waters, even after law enforcement officials intercepted a suspicious package addressed to her at a congressional mail-sorting facility.

Cruz also invoked statements from Sen. Cory Booker (D-N.J.), who advised activists in July to confront Republican lawmakers to "tell them about common sense solutions." Booker's office has argued that right-wing media outlets and conservative lawmakers have taken his remarks out of context.

Cruz noted that Democrats and Republicans both need to do a better job of discouraging politically-motivated violence before swiftly drawing his attention to another top Democrat, Hillary Clinton. "I thought it was unfortunate when Hillary Clinton said, 'We can be civil after the Democrats win,'" Cruz said, citing comments Clinton made earlier this month. "That's wrong."

Cruz's call for "civil" disagreement stands in sharp contrast to comments he made on Tuesday night, when he jokingly suggested that O'Rourke, his Democratic rival, should share a "double-occupancy cell with Hillary Clinton."