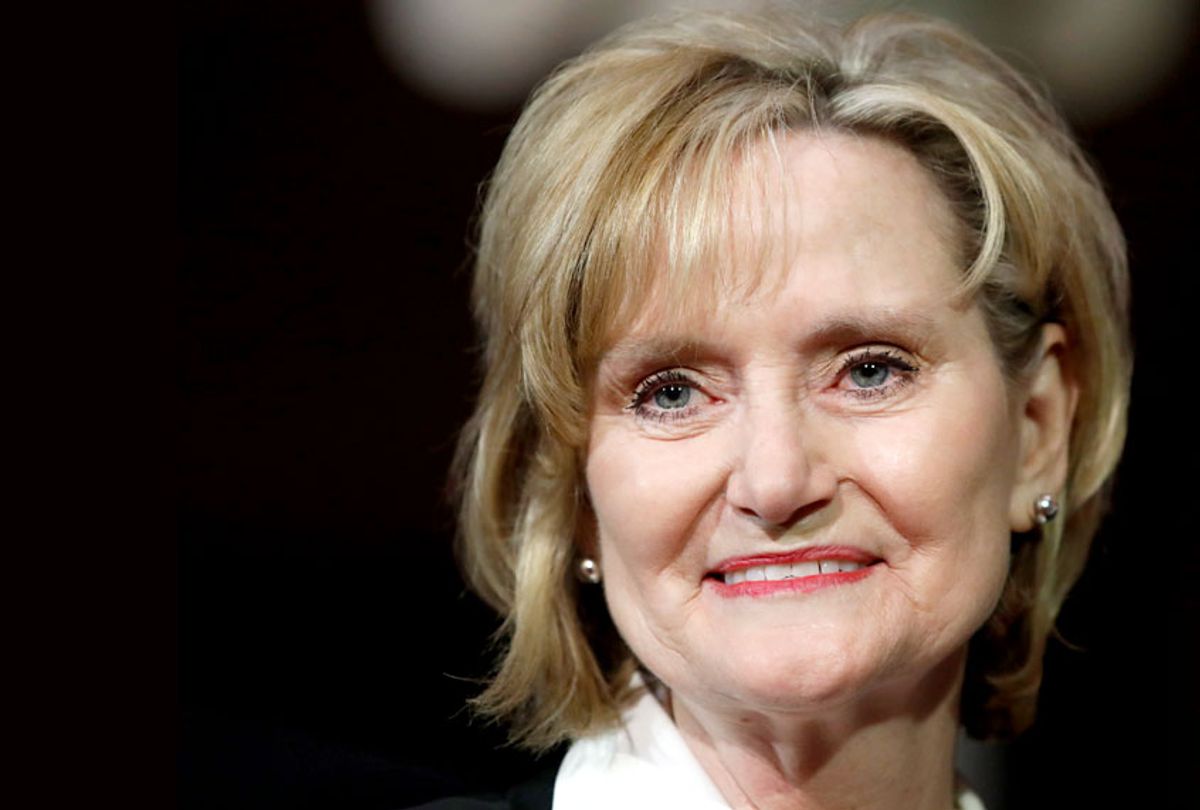 Mississippi Republican Sen. Cindy Hyde-Smith once posed for photos sporting a Confederate soldier's hat and rifle in a Facebook post, which on Tuesday re-surfaced.

In 2014, Hyde-Smith shared four photos — including one of her posing in the hat and other photos of her holding a rifle and a sword — from a visit to the Jefferson Davis Home and Presidential Library in the coastal city of Biloxi.

"I enjoyed my tour of Beauvoir. The Jefferson Davis Home and Presidential Library located in Biloxi," Hyde-Smith wrote on the social media site at the time. "This is a must see. Currently on display are artifacts connected to the daily life of the Confederate Soldier including weapons. Mississippi history at its best!"

Davis was the president of the Confederacy during the Civil War, and his former home is now enshrined with a library and museum in his honor.

News of the four photographs come as Hyde-Smith faces mounting backlash for "joking" that she would sit "in the front row" at a "public hanging" in a state marred by its history of lynchings and after she said voting should be "a little more difficult" for "liberal folks" — remarks she maintains were made in jest.

Hyde-Smith faces a runoff against Democrat Mike Espy, the former U.S. secretary of agriculture, in the race to fill longtime Republican Sen. Thad Cochran's seat. Because neither Hyde-Smith or Espy garnered more than 50 percent of the vote on Election Day — both received slightly more than 40 percent — the race advanced to a runoff on Nov. 27, which polling had predicated.

Walmart on Tuesday attempted to distance itself from Hyde-Smith and requested that the company's donations to her campaign be withdrawn because of her "public hanging" comment, although the retail giant donated $2,000 to her campaign on Nov. 18 — seven days after a clip featuring the Republican lawmaker's remark went viral on social media.

The chances of a Democratic victory in Mississippi — a state that GOP President Donald Trump won by nearly 18 percentage points in the 2016 election and whose senior senator, Republican Sen. Roger Wicker, was reelected by nearly 20 points earlier this month — remain to be seen. Moreover, Mississippi has not elected a Democratic senator since the 1980s, and Trump plans to swoop into the state on the eve of the runoff election.

Still, strong Democratic turnout — especially among black voters — and an embattled Republican candidate lifted Jones to a surprise victory in Alabama. Espy could succeed in replicating Jones' efforts in Mississippi, where 35 percent of the electorate is African-American.