Penny Marshall — actor, director, producer and legend — did it her way 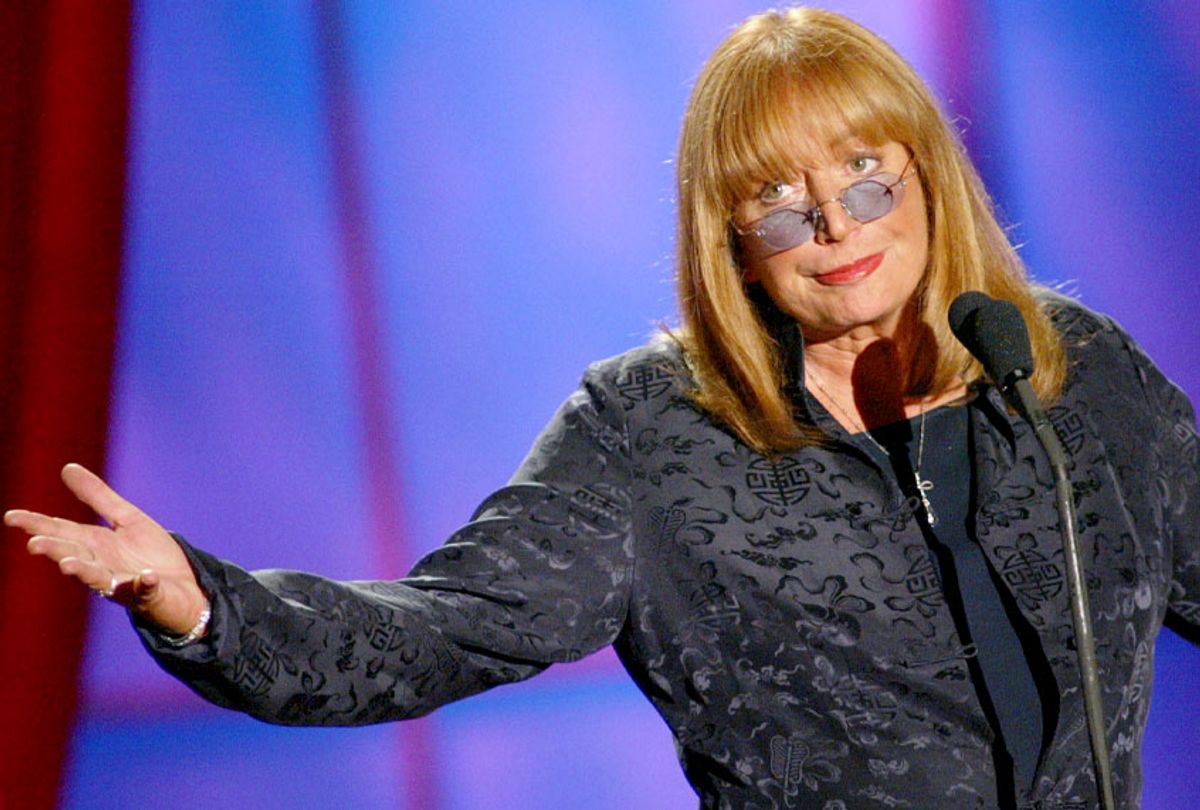 Not that Penny Marshall would have been offended if the very first thing she was remembered for was a television character whose motto was the enigmatic "Schlemiel! Schlimazel! Hasenpfeffer Incorporated!", but she was so much more than Laverne DeFazio. As an actor, a director and a producer, Marshall, who died on December 17 at the age of 75, helped create for women in Hollywood the very model of a modern multi-hyphenate.

In retrospect, the Seventies turned out to an auspicious era for TV stars who'd later become successful in other creative fields. That wasn't just coincidence; it was intricate familial and professional connections at work. "All In the Family" star Rob Reiner would go on to direct "This Is Spinal Tap," "When Harry Met Sally" and "The Princess Bride." After starring on creator Garry Marshall's "Happy Days," Ron Howard directed classics like "Splash," while his Imagine Entertainment gave us "Arrested Development." But nobody much expected that path for Rob's wife. For Garry's little sister. For Michael McKean's fictional downstairs neighbor. Not the unremarkable seeming girl with the Bronx foghorn voice.

Her expected place in entertainment might be defined one of Marshall's first acting roles — as the plain, dandruff suffering roommate to a pretty girl named Farrah Fawcett in a shampoo commercial. Her first real name recognition came with a recurring part as a put upon secretary "nobody" ever called beautiful on "The Odd Couple." Then, after she and Cindy Williams guested on a scene-stealing 1975 episode of "Happy Days," their characters were spun off to become mid century Milwaukee's sassiest brewery workers, "Laverne & Shirley."

The show ran for seven years and was by all reports not always a harmonious environment. It was notable as one of the first shows to deploy the concept of diagonal billing, a means of quasi equalizing the two stars. (In case you ever wondered why Shirley's name appeared above Laverne's in the titles).

But it was via "Laverne & Shirley" that Marshall first honed her directorial skills, helming a number of episodes. After the show finished its run in 1983 — by that point set in Los Angeles and without Williams' Shirley — Marshall moved to film directing.

Though her first feature, an unmemorable Whoopi Goldberg caper called "Jumpin' Jack Flash," didn't set the world alight, it gave Marshall the bona fides to go on to helm a string of critical and box office successes including "Big," "Awakenings," "A League of Their Own" and "The Preacher's Wife." She continued directing right up until a few years ago, going behind the camera for two episodes of "United States of Tara." She also produced. She even continued to act from time to time, popping up for a quick guest spot on a sitcom here and there.

She thrived as a peer and colleague of the talented and hard-working men around her, but not as a reflection of them. And that's something that subsequent generations of women — not just in Hollywood — were able to grow up looking at and learning from. Marshall was in that regard a kindred spirit to Carrie Fisher (who, perhaps inevitably, guested once on "Laverne & Shirley"), a woman whose family was famous but whose achievements were entirely self-made.

Do I need to tell you how hard women are still fighting for this stuff? Two years ago, when Olympic  trap shooter Corey Cogdell-Unrein secured the bronze in Rio, headlines described her as "wife of Bears DE Mitch Unrein." When Hillary Clinton secured a place in history as the first female presidential candidate from a major party, newspapers including the Houston Chronicle,  the Chicago Tribune and Sacramento Bee featured front page photographs of her husband Bill.

Women are endlessly viewed in the context of our men — our spouses and siblings and parents and children. We are, when we are hurt, "somebody's daughter." We are, when are successful, presumed less capable than our male counterparts. We are reminded incessantly that our primary job in life is mother, preferably to sons.

There will be, in the aftermath of Marshall's demise, plenty of conversation about the enduring quality of her work. I don't need to tell you about that. Just go watch "Awakenings" already; it's really good. Watch "A League of Their Own" and reflect upon the challenges of women working in male dominated professions, all while trying to keep their senses of humor. But while you're at it, think of the doors that Penny Marshall helped crack open just a little more. Think of how incredible, how novel, it still is to be a woman who works and achieves alongside men as an equal and a peer and not an accessory. Or, worse, a threat. It's impossible not to consider those things, especially now, coming so soon after the death of actress and director Sondra Locke, whose Guardian remembrance headlined her as "a charismatic performer defined by a toxic relationship with Clint Eastwood." Thanks a lot, Clint Eastwood.

In contrast, Penny Marshall was not defined by her relationships, toxic or otherwise. They were part of her without being the entirety of her, which is pretty much exactly how we talk about successful men. She'll be remembered for her work — for her youthful flair for physical comedy, for the memorable performances she coaxed from her actors, for making herself a point in a line that extends to other sharp, funny actress/director/producers like Greta Gerwig and Elizabeth Banks.

"I wouldn't have a career if it wasn't for my brother," she said in a 2013 interview with the Television Academy. "Let's be honest. He's the one who pointed me in this direction." Yet Penny Marshall was the one who walked in it. She got herself in the league. He just got her on the train.