Trump's approval rating falls to its lowest since Sept. 12, according to a poll that traditionally favors the GOP 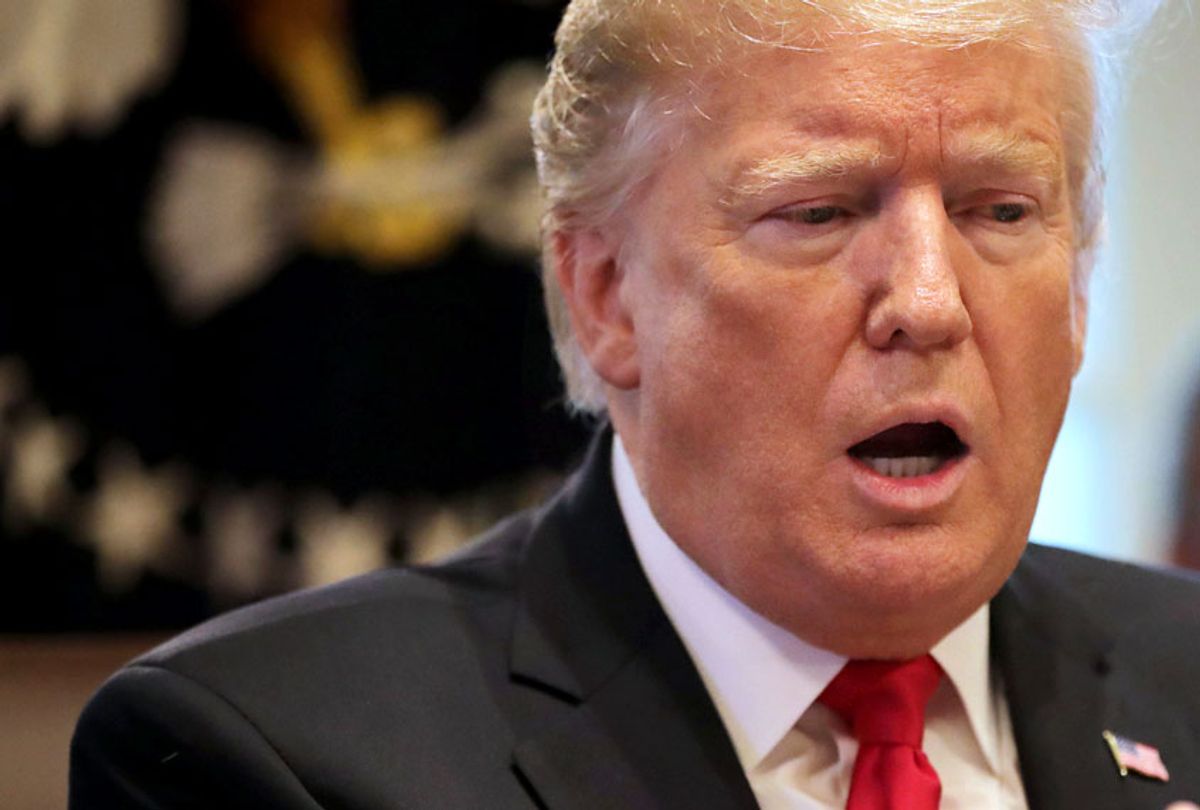 In the wake of the partial government shutdown, which is now lurching into a third week, Republican President Donald Trump's approval rating stands at 45 percent — his lowest score since Sept. 12 — and 53 percent disapprove, according to Rasmussen Reports, whose polls traditionally favor the GOP.

Additionally, a recent Gallup poll revealed that the share of Americans wanting to emigrate from the U.S. jumped to 16 percent throughout Trump's time in the Oval Office. The results are striking considering the partial government shutdown is being fought over a border wall to keep people out of the U.S.

The number of people who wanted to leave the country stayed at 10 percent through the presidencies of George W. Bush and Barack Obama. For Americans who wanted to move, Canada was the top destination.

As of this writing, the government shutdown is on its 20th day. It is the second-longest shutdown in U.S. history and appears positioned to make history on Jan. 12, as negotiations to reopen the nine federal agencies, which have been shut down since Dec. 22, continue to stall. Trump and congressional Democrats continue to spar over funds to build a wall along the U.S.-Mexico border, with Trump threatening to declare a national emergency to fund the wall if Democrats do not budge on their position.

The longest government shutdown on record lasted from Dec. 5, 1995 to Jan. 6, 1995 when House Speaker Newt Gingrich, a Republican, and President Bill Clinton, a Democrat, faced off over taxes.

On Wednesday, Trump abruptly walked out of a closed-door meeting with congressional Democrats in the White House Situation Room, blasting the latest round of negotiations as a "waste of time" after House Speaker Nancy Pelosi (D-Calif.) said she would not fund his border wall — even if he ended the government shutdown.

"Just left a meeting with Chuck and Nancy, a total waste of time," the president then tweeted. "I asked what is going to happen in 30 days if I quickly open things up, are you going to approve Border Security which includes a Wall or Steel Barrier? Nancy said, NO. I said bye-bye, nothing else works!"

Democratic leaders, in turn, slammed Trump after the Wednesday afternoon meeting, accusing him of indifference to the plight of furloughed federal workers and of being unwilling to negotiate as the government shutdown nears the three-week mark.

Pelosi, speaking alongside Schumer outside the White House, alleged Trump was "insensitive" to federal workers who have had to look for other jobs as they face the reality of missing paychecks and the influence that will have on their lives. She also alluded to Trump's own privileged upbringing.

"He thinks maybe they could just ask their father for money, but they can't," Pelosi said. She added, "If you don't understand financial insecurity, then you would have a policy that takes pride in saying, 'I'm going to keep government shut down for months or years unless you totally agree to my position.'"

Trump, for his part, admitted the reason the federal government remains only partially operational is because of his ego, confessing that he would "look foolish" if he allowed the government to reopen while wall funding was being negotiated, as hundreds of thousands of federal workers continue to work without a paycheck. He has not spent the majority of the shutdown negotiating an end game, instead blaming Democrats for a shutdown he previously said he was proud to own.