57 percent of voters would not vote to re-elect President Donald Trump in 2020, a new poll finds

"The president has had his base and not much else," Marist Institute for Public Opinion Director Lee Miringoff says 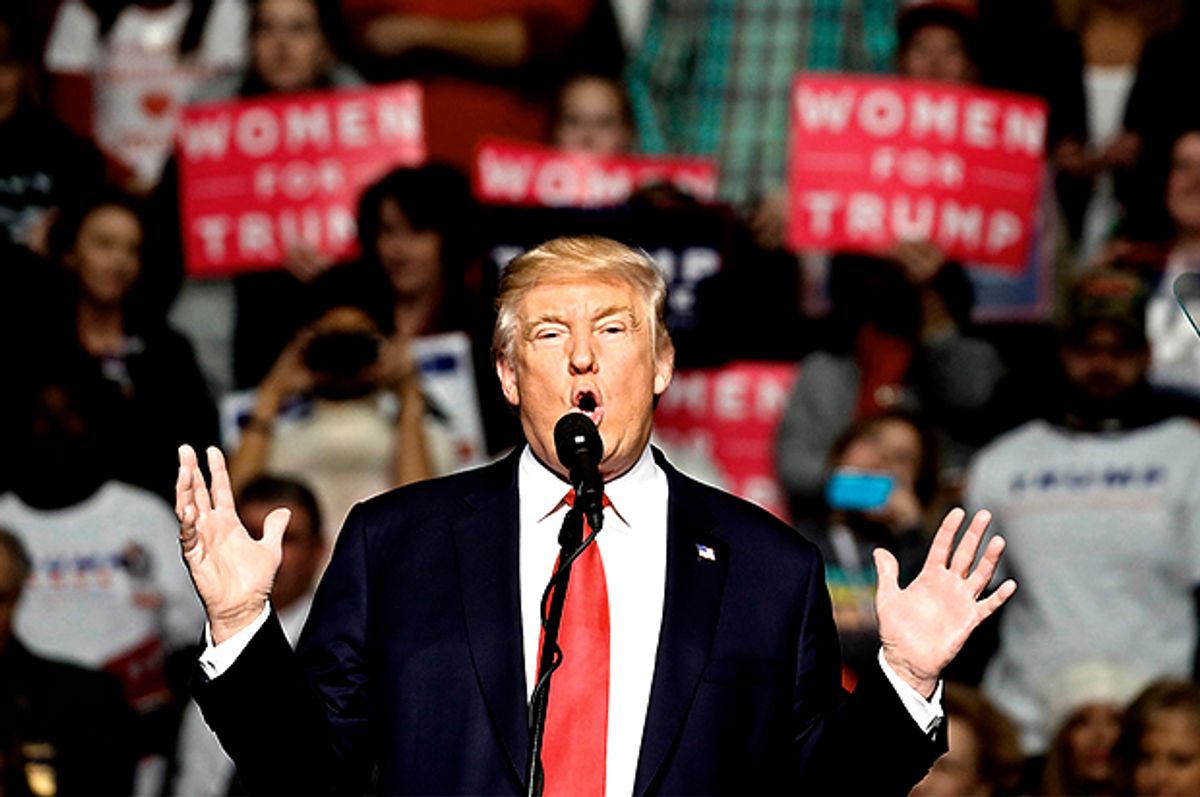 It appears the 2020 presidential race is heading into full swing, with several high-profile Democratic candidates already announcing their plans to officially enter the race to take on President Donald Trump. And the possibility they stand a chance in re-capturing the Oval Office appears to be becoming more real, with 57 percent of registered voters saying they would "definitely" vote against re-electing the current White House occupant to a second term, according to the results of a brand-new poll from PBS NewsHour, NPR and Marist.

The survey, which was published on Thursday, also revealed that 30 percent of registered voters said they would cast their ballots to support Trump, while 13 percent said they had not decided yet who would get their vote.

Marist Institute for Public Opinion Director Lee Miringoff told PBS that, although the election is nearly two years away, the large number of voters who oppose Trump, as well as his low job approval ratings, suggest the president faces a "steep, steep incline" on the road to re-election. "The president has had his base and not much else," Miringoff added.

The poll also asked respondents who they would want to see run against Trump, finding that 29 percent of Republicans and conservative-leaning independents favored Sen. Mitt Romney (R-Utah), who won a first term to Congress during the 2018 midterm election cycle and formerly ran for president in 2012. Meanwhile, 24 percent suggested they would cast their ballots for former Gov. John Kasich of Ohio, a former GOP governor and presidential candidate from the 2016 cycle. However, 48 percent of potential Republican voters had no idea who Kasich was, which PBS NewsHour noted is "a sign of the challenges most GOP candidates would have in taking on a sitting president from their own party."

Of those potential Democrats expected to run to take on Trump in 2020, only Warren, Gillibrand and Castro have formally announced plans to throw their hat in the ring for 2020.