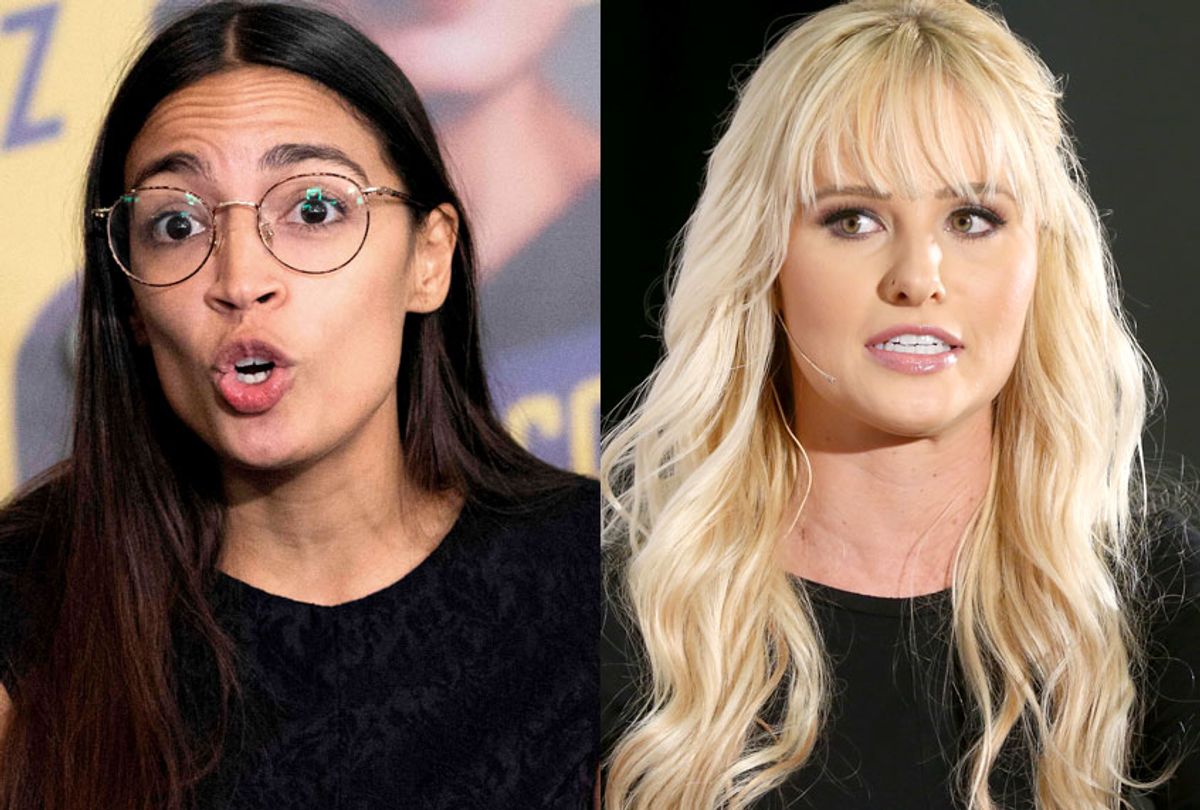 "Fox & Friends" continues to raise hysteria over the "so far left" and "socialist" policies of one of Fox News' favorite punching bags: Rep. Alexandria Ocasio-Cortez, D-N.Y.

"But listen — the American people — we don't want a handout. We want the government's hand off," Lahren continued. "And we want the ability to achieve the American dream in a safe and secure nation. And this crop of Democrats offer none of those things."

While, as a freshman member of Congress, it is true that Ocasio-Cortez's ability to pass legislation remains untested, Lahren also suggests she has lived a life lacking in any successes. To be clear, here are six things Ocasio-Cortez, who is currently only 29 years old, has already accomplished in "real life":

Less than a month into her first term, Ocasio-Cortez has also been successful at injecting her Democratic socialist voice and values into the mainstream of the Democratic Party. Medicare for All, or single-payer healthcare; the Keynesian Green New Deal; and debt-free public college were among the topics that "Fox & Friends" Earhardt called out as ideas championed by Ocasio-Cortez which are also supported by current and potential candidates for the Democratic presidential nomination in 2020.

Meanwhile, Lahren uses her platform on Fox Nation and her role as a contributor on its parent network to spread fear about the Latino community, which includes constituents of Ocasio-Cortez , suggesting in December that migrants trying to cross the U.S.-Mexico border were vectors of disease that would spread hepatitis and HIV/AIDS.  "So what happens if we usher them on in to the United States? People in border states like mine better pull their heads out of the sand real quick," the Fox host warned at the time. "Do you want TB, HIV/AIDS, chicken pox or hepatitis in your communities at your children's schools? Because I have a feeling the warm and fuzzy spirit of compassion doesn't treat or prevent diseases like those."

And that was far from the first time Lahren found herself caught in the headlines for dishing out inaccurate and inflammatory political commentary.  "You don’t just come into this country with low skills, low education, not understanding the language — and come into our country, because someone says it makes them feel nice. That’s not what this country is based on," she said last May while appearing in a segment on Jesse Waters' Fox News program "Watters’ World."

Lahren, for her part, does not view candidates who share Ocasio-Cortez's views as a threat to incumbent President Donald Trump in 2020, although she sees the construction of his campaign promise of a "big, beautiful" wall along the souther border as a determining factor to his reelection fate.

"I don't think they're a threat to Donald Trump unless he fails to build the wall," Lahren told Earhardt on Thursday. "And, then again, like I've warned before, we're in for a real treat in 2020 if this is the crop of Democrats that we have to deal with."