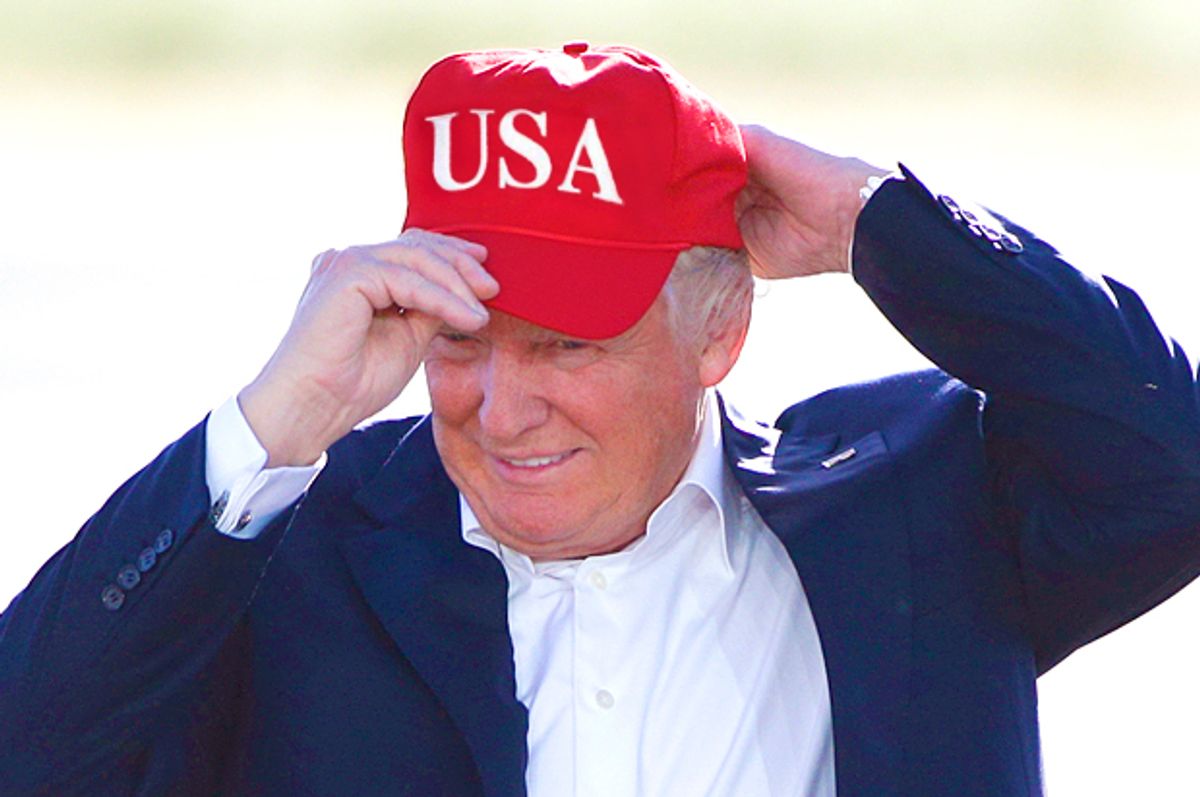 Most Americans believe President Donald Trump does not personally oppose white nationalism, according to the results of a new HuffPost/YouGov poll.

The survey, which was conducted in the wake of last week's mass shooting at two mosques in the New Zealand city of Christchurch, reveals just 19 percent of U.S. adult citizens think Trump rejects white nationalism. Thirty-nine percent of respondents say that the commander-in-chief, in fact, supports white nationalism, while 20 percent say the president does not have a strong opinion on the movement either way. An additional 21 percent say are unsure.

The suspected New Zealand gunman, who is an Australian citizen, allegedly praised Trump as "a symbol of renewed white identity and common purpose" and referred to immigrants as "invaders within our lands" in a 74-page manifesto filled with hateful rhetoric that he appeared to post on social media before the attack.

Trump offered his "warmest sympathy" and "best wishes" to New Zealand in a Friday tweet, calling the massacre a senseless loss of life. He did not specifically express condolences to the Muslim community in New Zealand or deliver a message of empathy or support to Muslim Americans, who may feel scared as mosques around the country increased security measures as a result of the attacks. Later, the president told reporters in the Oval Office he does not believe white nationalism is rising and becoming a widespread threat around the world.

In the aftermath of the shooting, a number of Democrats including Sens. Tim Kaine of Virginia, Amy Klobuchar of Minnesota, Richard Blumenthal of Connecticut and Rep. Rashida Tlaib of Michigan criticized the president for failing to condemn white nationalism and Islamophobia and suggested his incendiary language bears some responsibility for the violence. They also urged the president to take a stronger stance against anti-Muslim bigotry.

"The president is not a white supremacist," Mulvaney said in an interview that aired Sunday on Fox News. "I'm not sure how many times we have to say that."

Meanwhile, White House counselor Kellyanne Conway dismissed allegations that Trump inspired the New Zealand massacre as "predictable and outrageous" in an interview Monday with "Fox & Friends." She then urged Fox News viewers to read the New Zealand gunman's "entire" terror-filled dossier — even though multiple studies have revealed that focusing on the identities of mass shooters and their possible motivations may inspire future attacks, as some perpetrators are inspired by notoriety and infamy to carry out an attack. Conway, however, claimed that a through examination of the white nationalist manuscript would prove the shooter did not draw inspiration from Trump.

"Unlike like most mass shootings, this man came with pre-receipts, if you will. He put out a 70-page manifesto, and I guess everybody scoured it, searched for Donald Trump's name and there it is — one time," Conway said. "But he also said he aligns closely with the ideology of China. He said he's not a conservative. He's not a Nazi. He's — I think he referred to himself as an eco-naturalist or an eco-fascist. But people should read the entire — in its entirety."

Trump's response to the attack in New Zealand, where 50 people died and dozens were injured in an act of terrorism, has drawn fresh scrutiny to the president, who has a long history of spewing anti-Muslim rhetoric and a reluctance to specifically reject white nationalism.

HuffPosted noted that the notion that Trump personally supports white nationalism appears to have increased slightly since the deadly white supremacist rally in Charlottesville, Va. in Aug. 2017, when 31 percent of respondents reportedly said he held those beliefs. Trump condemned the violence in Charlottesville but later backtracked his initial denunciation, infamously arguing that the group of white supremacist marchers included "some very fine people" and assigned "blame on both sides."

Respondents who supported Hillary Clinton's presidential campaign in 2016 were 13 times as likely as those who backed Trump to say white nationalism poses a very serious threat. Most respondents who voted for Trump in 2016 said that white nationalism does not pose a very serious threat or that the thread is non-existent — but they did say there is a lot of discrimination against white people in the U.S. Sixty-three percent of Trump voters, compared with 13 percent of Clinton voters, said they believed that white Americans face "a lot" of such discrimination.

The HuffPost/YouGov poll of 1,000 U.S. citizens, aged 18 and over, was conducted between March 15-16. Respondents were selected from YouGov's opt-in Internet panel using sample matching. Respondents provided answers on web-based surveys. The margin of error for total respondents is plus or minus 3.4 percentage points.