"I don't know what’s happened to them, but they are totally anti-Israel," Trump tells reporters of Democrats 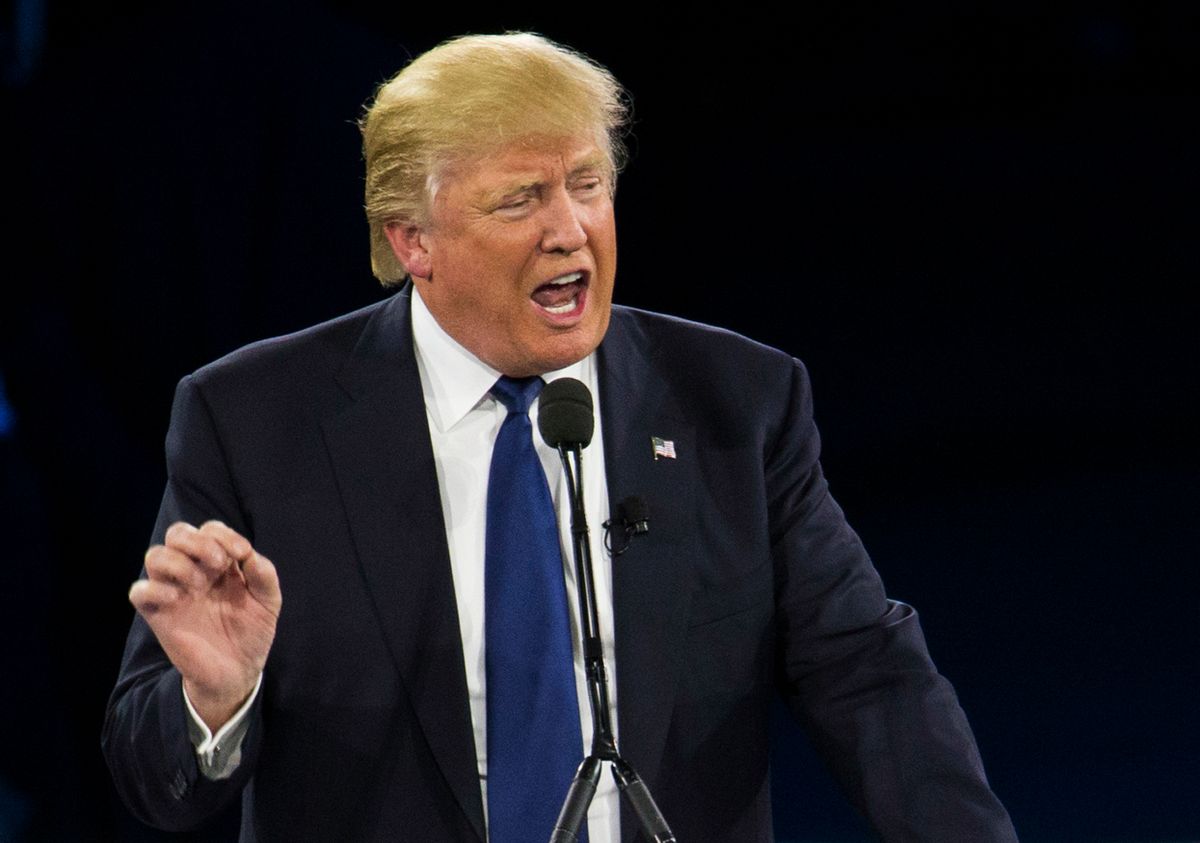 President Donald Trump repeated his claim that Democrats are "anti-Israel" ahead of his meetings next week with Israeli Prime Minister Benjamin Netanyahu.

"The Democrats have very much proven to be anti-Israel. There's no question about that," the president told reporters Friday outside the White House. "And it's a disgrace. I mean, I don't know what’s happened to them, but they are totally anti-Israel. Frankly, I think they're anti-Jewish."

Trump's comments are his latest effort to spotlight divisions among Democrats over Israel and anti-Semitism in an attempt to increase his popularity among Jewish Americans. Trump reversed longstanding U.S. policy Thursday by announcing the administration's support for Israel's claim to sovereignty over the Golan Heights, the contested territory that Israel seized from Syria during the Six-Day War in 1967 and formally annexed in 1981.

"After 52 years it is time for the United States to fully recognize Israel's Sovereignty over the Golan Heights, which is of critical strategic and security importance to the State of Israel and Regional Stability!" Trump tweeted.

The annexation of the Golan Heights has not been recognized by the international community, who considers the occupied territory and Israeli settlements there as illegal under international law. The U.S. and the United Nations have previously refused to recognize Israeli sovereignty over the area, in accordance with U.N. Security Council resolution 242, which states the "inadmissibility of the acquisition of territory by war and the need to work for a just and lasting peace in which every state in the area can live in security."

But there had been hints that the Trump administration was heading in the direction of recognizing Israeli sovereignty over the Golan Heights. The 2018 State Department report on human rights practices referred to the Golan Heights as an "Israeli-controlled" area, instead of "occupied territory" as it had been described in the past. And late last year, the U.S. opposed a U.N. resolution that annually condemns Israel's presence in the Golan Heights — the first time it had done so. The international community, meanwhile, believes the status of the Golan should be determined by negotiations between Israel and Syria, but attempts to bring the two countries together have failed.

Netanyahu, who is facing one of his toughest election challenges in years next month, said Thursday that Trump "has just made history" by declaring that Israel should have sovereignty over the Golan Heights. Netanyahu has closely aligned himself with Trump ahead of his reelection race that has been marred by corruption indictments against the Israeli leader.

Netanyahu is scheduled to meet with Trump next week at the White House – a mere two weeks before Israel's election. During his visit to Washington, the Israeli prime minister will also speak at the 2019 AIPAC Policy Conference held by the pro-Israel group AIPAC. Trump is not expected to attend the event.

This year's conference is taking place amid tensions among Democrats sparked in large part by Rep. Ilhan Omar, D-Minn., who criticized AIPAC earlier this year in comments that prompted allegations of anti-Semitism by lawmakers on both sides of the aisle. Omar came under scrutiny after she suggested politicians only support Israel to get donations from pro-Israel activists and later said pro-Israel activists are pushing "allegiance to a foreign country."  The freshman congresswoman apologized for her comments, and the House of Representatives rebuked her statements with floor action condemning anti-Semitism and other forms of bigotry. However, they did not single out Omar by name.

Progressive groups such as MoveOn have pressured 2020 Democratic presidential candidates to boycott the annual conference over objections to Israeli policies, including AIPAC's opposition to the Obama-era Iran nuclear deal and the group's alleged embrace of "anti-Muslim and anti-Arab rhetoric while giving platforms to Islamophobes," MoveOn said in a statement.

Presidential candidates have appeared at the annual conference during election years in the past. But several 2020 hopefuls have said they will skip this year's gathering of pro-Israel activists and political figures. Sens. Elizabeth Warren of Massachusetts, Kamala Harris of California, Kirsten Gillibrand of New York, Bernie Sanders of Vermont, as well as former Rep. Beto O'Rourke of Texas and former Starbucks CEO Howard Schultz will not attend the conference, the Associated Press reported. South Bend Mayor Pete Buttigieg will also ditch the event, The Jewish Week reported, and former secretary of Housing and Urban Development Julián Castro will not attend, HuffPost reported.