Democrat Beto O'Rourke raises $9.4 million in his first 18 days as a 2020 presidential candidate 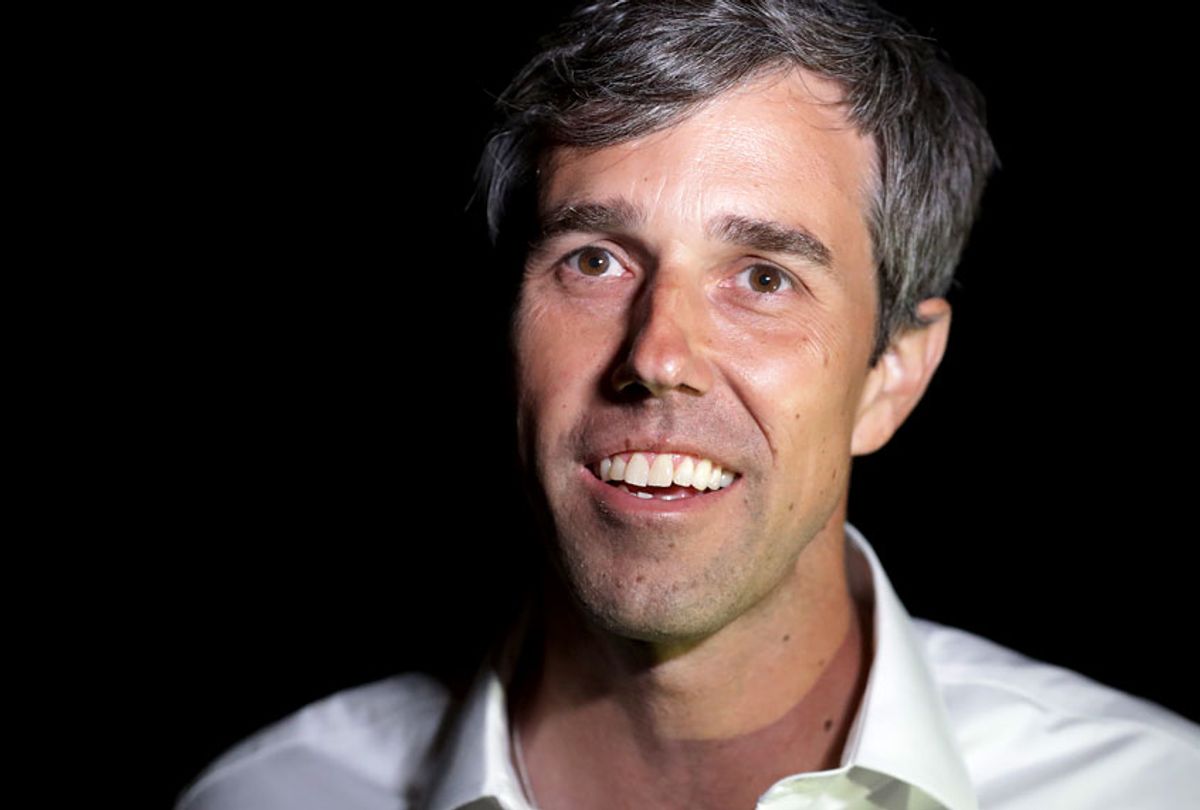 Beto O'Rourke raised $9.4 million in his first 18 days as a candidate vying for the 2020 Democratic presidential nomination, his campaign announced Wednesday.

The former Texas congressman's fundraising haul places him behind Sen. Bernie Sanders, I-Vt., who raised $18.2 million in the first 41 days of his presidential campaign and Sen. Kamala Harris, D-Calif., who raked in $12 million since launching her White House bid in late January. Pete Buttigieg, the 37-year-old Democratic mayor of South Bend, Indiana, announced Monday that his presidential campaign raised $7 million in the first quarter of 2019.

O'Rourke's campaign said the former congressman collected 218,000 contributions since launching his campaign in mid-March. His team said 98 percent of donations were under $200, and nearly all donations raised were made online. The average contribution size to O'Rourke's campaign was $43, according to his campaign. A "majority" of those who donated to O'Rourke's presidential campaign did not give to his failed bid to unseat Sen. Ted Cruz, R-Texas, during the 2018 midterm election cycle, his team said.

The Texas Democrat's fundraising haul came largely in two bursts — the $6.1 million he raised during his first 24 hours as a presidential candidate and $3.3 million over the following 17 days. O'Rourke's campaign did not reveal how many individuals donors contributed to it or how much cash he has on hand, even though O'Rourke launched his presidential bid by telling reports in Iowa that he plans to "run the largest grassroots campaign this country has ever seen."

Sanders, meanwhile, revealed Tuesday that his first-quarter fundraising total was made up of roughly 900,000 individual donations from 525,000 people. His campaign said the average contribution size was $20 — a figure that is significantly lower than O'Rourke's $43 average contribution size. Sanders is likely to tout the $20 figure, given the growing emphasis on small-dollar donations in Democratic politics.

Although O'Rourke pulled in significantly less money than Sanders and Harris and did not reveal how many individual donors contributed to his campaign, he was only in the presidential race for 18 days before the March 31 fundraising deadline that marked the end of the first quarter of 2019. The former congressman's fundraising haul reveals he brought in the most money per day of any presidential hopeful who has announced an estimate of his or her first quarter fundraising total, raking in roughly $522,000 per day.

Candidates are required by law to track and disclose their fundraising reports to the Federal Election Commission, and those donations collected in the first quarter — between Jan. 1 to March 31 — must be reported by April 15. Candidates are limited to collecting $2,800 from a single donor during the primary election.

O'Rourke's early burst of fundraising reveals he has the potential to recreate the smashing fundraising records he displayed during the 2018 midterm election cycle, when he raised a historic $80 million mostly from small-dollar donors. The Texas Democrat's fundraising prowess and his closer-than-expected performance to Cruz in November propelled the charismatic but largely unknown three-term congressman into the national stage, where he has drawn comparisons to former President Barack Obama for his speaking style and bipartisan message of hope and unity.

The Spanish-speaking 46-year-old former punk rocker and avid skateboarder was within three percentage points of upsetting Cruz in the country's most populous Republican stronghold. His post-election missives have fueled interest from Democratic donors and the highest levels of the Democratic Party — including from Obama himself — that the right candidate could turn some of the reddest states blue in the next election cycle.