Missouri Senate passes bill that would ban abortions at eight weeks, even in cases of rape or incest 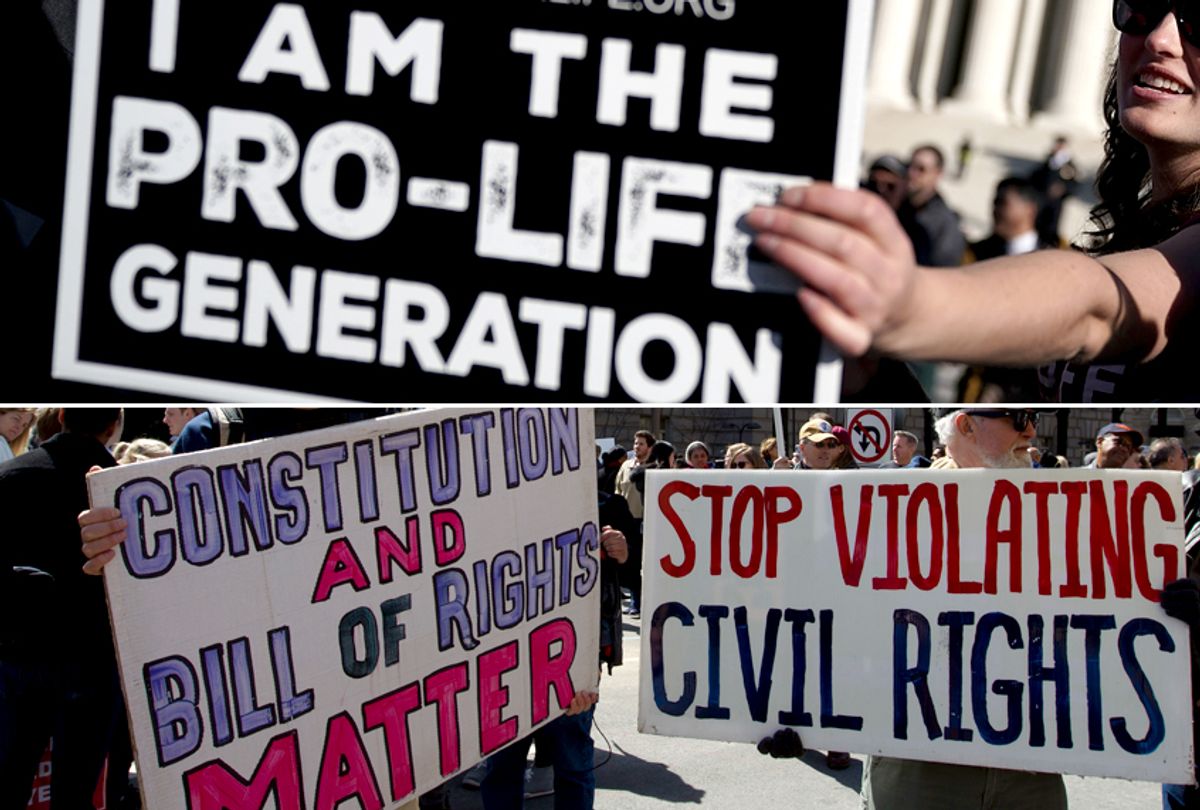 Missouri's Republican-controlled Senate voted early Thursday to ban abortions eight weeks into pregnancy, even in cases of rape, incest or human trafficking. The bill says a non-complying doctor could be charged with a felony and face up to 15 years in prison for performing an abortion in most circumstances.

The bill, known as the Missouri Stands for the Unborn Act, declares that "God is the author of life" and that the "state and all of its political subdivisions are a 'sanctuary of life' that protects pregnant women and their unborn children."

The measure, passed 24-10, came one day after Alabama's governor signed into law a ban on abortions at any time absent a medical emergency. It places Missouri in line with states including Georgia, Ohio, Kentucky and Mississippi that have passed so-called "heartbeat" bills outlawing abortions once a fetal heartbeat can be detected, which can be as early as six weeks and before many women know they are pregnant. Utah and Arkansas also voted to ban the procedure after the second trimester.

Republican State Sens. Dave Schatz and Caleb Rowden said in a joint statement that Missouri had passed "one of the strongest pro-life bills in the country."

"This comprehensive, life-affirming legislation prohibits abortions once a heartbeat has been detected, prohibits abortions when a baby is capable of feeling pain and would outlaw abortion in Missouri upon the reversal of Roe v. Wade," the senators said.

"Democrats succeeded in removing many provisions, but the final product unduly burdens the constitutional rights of Missouri women," he said on Twitter.

The bill is now headed back to the Republican-controlled House of Representatives, where it passed in February and is likely to be approved again. It will then travel to the desk of Gov. Mike Parson, a Republican, to be signed into law.

"Politicians are putting the health and lives of Missouri women at risk in their race to make our state the one that overturns Roe v. Wade at the Supreme Court," M'Evie Mead, director of policy and organizing for Planned Parenthood Advocates in Missouri, said in a statement. "These bans on safe, legal abortion will have real costs — expensive legal costs and human costs for the women and families who need reproductive health care."