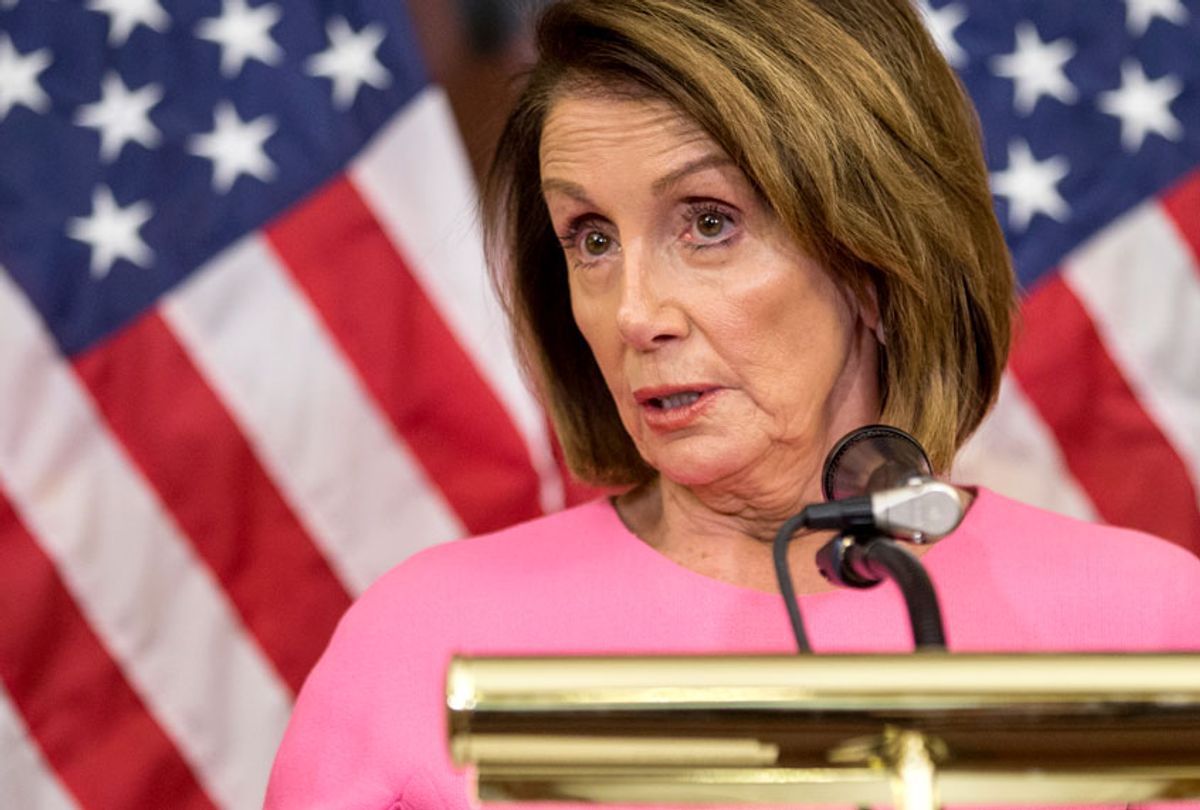 Although she has so far rejected the move, Speaker of the House Nancy Pelosi now faces mounting pressure from her colleagues in Congress to launch an impeachment inquiry against President Donald Trump.

Pelosi, D-Calif., and some of her key allies in the House of Representatives, including Democratic Reps. Rosa DeLauro of Connecticut, Ben Ray Luján of New Mexico, Hakeem Jeffries of New York and Cheri Bustos of Illinois, pushed back against calls from other party leaders, including Reps. David Cicilline of Rhode Island, Jamie Raskin of Maryland and Joe Neguse of Colorado, to mount a more aggressive stance toward impeachment, Politico reported Monday.

Pelosi and her allies believe the inter-caucus fight over opening an impeachment inquiry against Trump is drowning the Democratic Party's message and weakening its legislative agenda.

House Judiciary Committee Chairman Jerry Nadler, D-N.Y., discussed with Pelosi the advantage of starting an impeachment inquiry but was rebuffed by the California Democrat, who argued the move would undermine ongoing House investigations against the Trump administration, according to the Washington Post.

After his meeting with Pelosi, Nadler did not rule out impeachment, although he appeared sympathetic to Pelosi's view on the topic, according to the Post. He reportedly pointed to a federal judge's ruling Monday to uphold a Democratic subpoena as evidence the courts could bolster oversight of the Trump administration.

"We have an active inquiry going, and we have to enforce the right to our testimony through the courts, which is the only way you can do it," Nadler told the newspaper. "And right now, we're having very good success with it."

Pelosi reportedly pushed back, asking Raskin if he wanted to "tell Elijah Cummings to go home," referring to the chairman of the Oversight and Reform Committee from Georgia, who is investigating the Trump administration.

House Democrats are currently conducting investigations on a wide array of issues, including foreign election interference, alleged mismanagement in the White House security clearance procedures, the president's finances and his hardline immigration policies.

Since the Democrats seized control of the House of Representatives in January, the Trump administration has faced a barrage of subpoenas, demands to testify before a host of congressional panels and letters seeking a flurry of documents. However, the administration has often ignored congressional requests for documents and witnesses, claiming that the demands are an unconstitutional infringement on the president's powers. Democrats, meanwhile, have accused the Trump administration of stonewalling or flat-out ignoring their requests for documents and information.

The executive branch's attempts to push back against congressional inquiries targeting the White House have led some Democrats to contemplate new ways to compel current and former West Wing aides to acquiesce to their demands, including plans to open impeachment proceedings against the president.