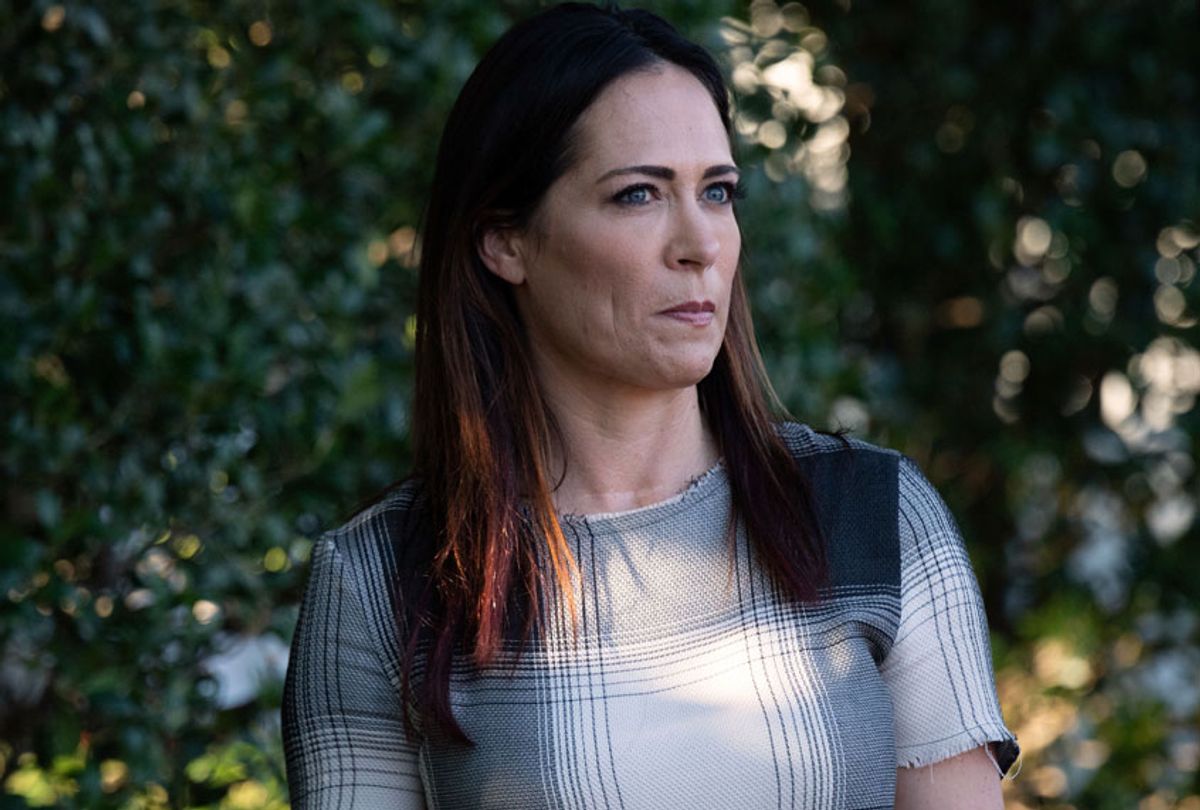 Trump on Tuesday unveiled Grisham's selection through her official Twitter account. "I am pleased to announce @StephGrisham45 will be the next @PressSec & Comms Director!” the first lady tweeted. “She has been with us since 2015 - @potus & I can think of no better person to serve the Administration & our country. Excited to have Stephanie working for both sides of the @WhiteHouse.”

The announcement about Grisham comes less than two weeks after the president announced on Twitter that Sanders would be stepping down as press secretary.

"After 3 1/2 years, our wonderful Sarah Huckabee Sanders will be leaving the White House at the end of the month and going home to the Great State of Arkansas...." he wrote on twitter at the time.

In a subsequent tweet, he continued, "....She is a very special person with extraordinary talents, who has done an incredible job! I hope she decides to run for Governor of Arkansas - she would be fantastic. Sarah, thank you for a job well done!"

The president subsequently touted Sanders as a potential candidate on stage as he kicked off his own 2020 re-election campaign.

"By the way, a woman who has been so good, so talented, so wonderful and we’re sort of going to be losing, I have a feeling she’s going to be running for a certain gubernatorial position," Trump told an enthusiastic crowd before inviting Sanders to join him on stage.

Sanders intentions to pursue higher office remain unclear. If Sanders does run for governor, she would have the advantage of name recognition. Her father, the former Republican presidential candidate Mike Huckabee, also served as governor of the Natural State. Moreover, Trump won Arkansas by more than 25 points in the 2016 presidential election. Sanders also leaves office in a different state than most former Trump officials — on good terms with the president

After replacing Sean Spicer ⁠— whose reputation never fully recovered after falsely claiming on Day One of the administration that Trump's inaugural crowd "was the largest audience to ever witness an inauguration"⁠— Sanders quickly developed a reputation as a staunch defender of the president. Journalists and critics have accused her of knowingly lying in order to promote the president's agenda — "There's no question that she spread lies at this point," "New Day" co-host John Berman once said on CNN — while Sanders has claimed that the media has covered the president in an unfair manner.

However, as my colleague Sophia Tesfaye wrote of one revelation from the Mueller report, "When Sanders faced the press at two different press conferences in May of 2017 to explain Trump’s firing of James Comey as FBI director, she told bald-faced lies." She elaborated in an article titled, "After Mueller, WHite House press secretary is toast":

But Sanders knows as well as anyone that she will never face consequences for anything she's ever done — or will ever do. If Trump can fire Comey on TV and beg Russia for assistance against his political opponent, his press secretary's falsehoods won't cause much of a fuss. Remember when Sanders disseminated a doctored video from an alt-right website in order to accuse CNN's Jim Acosta of physically assaulting a White House press intern? Yeah, that got lost in the avalanche of controversy and scandal that suffocates political journalists on a near-daily basis. Sanders kept her job.

Of course, an honest person cannot be Trump's press secretary, because it's not possible to speak for Trump to the press without lying. If Mueller’s two-year investigation has found anything, it is that there is no shred of accountability anywhere around the man who purportedly leads our nation.