Internet linguistics is becoming its own field of study

Have you ever said something "is a thing now" or "for the win?" Congrats, you speak the dialect 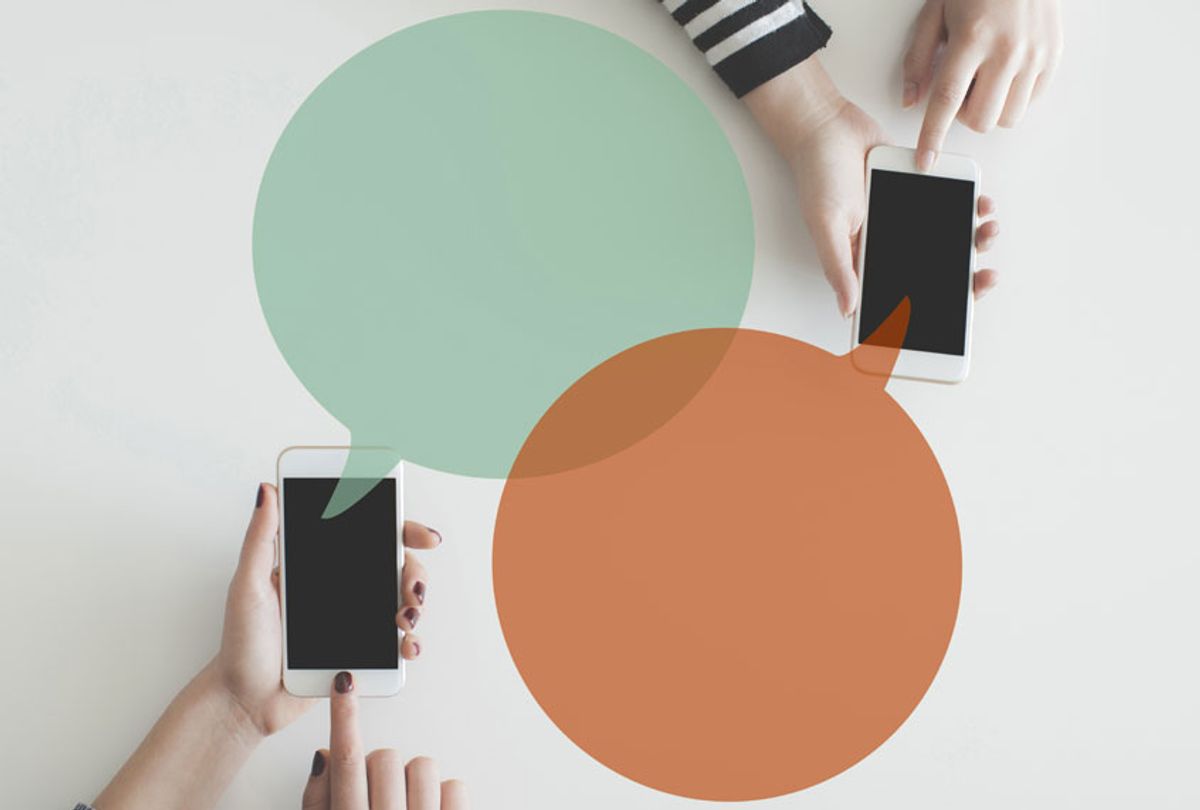 I first came across Gretchen McCulloch’s writing on internet linguistics in a piece for the now-defunct website, “The Toast.” It was about how sarcasm developed online, and began like this: “Sarcasm. It’s an Essential Part of a Healthy Breakfast™, but it’s also 'dangerous', especially in writing. What if ~no one~ gets that u are being sarcastic. this is literally the most srs bsns question ever."

She continued: “Right, okay, that’s probably enough of the sarcasm voice. The point is, we can speak sarcastically by rolling our eyes or using a particular tone of voice, but what about writing? Why don’t we have a sarcastic equivalent of a question mark or an exclamation mark?”

From there, McCulloch delved into the history of written sarcasm, from the 1500s on. It was in-depth, humorous, and delightfully nerdy. Now, McCulloch has released an entire book dedicated to topics like this, titled “Because Internet: Understanding the New Rules of Language.”

We spoke via phone about how online language has developed from something belonging exclusively to the tech-savvy into a world of memes and emoji.

How did you come to write this book, and why was now the time for a book on internet linguistics?

The idea for this book kind of came into my head when I was writing an article about the grammar of the doge meme for The Toast. And I got to the point in this very serious article about very silly topic — which is my favorite combination things — around the second last paragraph when I said to myself, ‘Hmm, I think there's something more here.’

And as it happened, when that article went up, it was pretty popular. I then got the first email, which turned out to be one of many, from a literary agent saying, ‘Have you ever considered writing a book?’

And what I was really interested in was the sort of second layer of internet language; there was a lot of writing about internet language in the 90s and early 2000s. You know, talking about things like ‘gr8,’ and ‘we'll see you later’ but spelled with an ‘8.’

But what I felt hadn't been talked about enough was how that internet language had changed since that period — and especially what had changed about it was that it was developing new layers of irony and sarcasm.

See, that's interesting because you bring up The Toast and there’s an article that I remember you wrote about ‘Wired Style,’ and I was curious why that book had such an impact on you?

‘Wired Style’ was really interesting because it kind of epitomizes that early 90s approach to early internet speak. I was writing that piece for ‘The Toast’ while I was researching the book.

The slang, sometimes, it came from social words you know, ‘lol’ meaning ‘laughing out loud,’ but a lot of the terms were very tech influenced; there was and is this idea that internet culture is also tech culture. But in the current internet, that's not as true.

So you can compare the ‘Wired’ style guide, which is written by a tech magazine and focuses on explaining tech-savvy culture to people who may be a little bit less tech-savvy to a more recent book that came out last year, the “BuzzFeed Style Guide.”

It's interesting because one of the complaints — and you write about this in your book — is how the internet has caused writing to become increasingly informal. But that's not a new thing; could you talk a bit about that?

Right. We've always had formality and informality when it comes to language, especially in the spoken domain; we talk differently in conversations with our friends, talk differently to a dog, than you talk if you're in a job interview, or if you're a radio newscaster or you have a podcast.

You talk differently in different domains to different people, and in writing we both formality and informality, but it's been less visible. For many people, they saw the kind of writing found in books and newspapers that goes to the editor and is very formalized.

But they're all other kinds of writing, as well. Things like postcards, letters, notes, journals, diaries, yard sale signs and things like that. These are all part of written communication that doesn’t have to go through anyone else's approval. They have more room for variation, for people writing exactly the way they want to and not according to some standard.

On that note, you also write in your book that communication tools like Twitter and Facebook expose us to more people, which may speed up the spread of new ideas and words. But what do you think about language tools like spellcheck and autocorrect? Where do they fit into the development of language on the internet?

Right! You have this interesting dichotomy, which is that social networks can enable language change to spread faster, but technological aid to help us with language can also make language more conservative.

This is because they can only recommend things that someone else has already written. And so they're tending to recommend things that are already in a written standard.You know, spellcheck recommends words that are in a dictionary — it doesn't give you as much space for creativity. And in some cases, that's useful. I don't need to remember the ‘c’ to ‘c’ ratio in ‘necessary.’

But in other cases, if you want to be creative, you have to ignore those tools to express myself.

On that note, I remember when emoji were first becoming popularized. And there was this worry that they were going to replace language, like we were all going to start expressing ourselves completely in emoji.

Oh, do I remember those days.

Can you talk a little bit on that and where you see those symbols fitting into how we express ourselves online?

I like to think of the emoji in terms of gesture, because the way we use gesture is typically in concert with the words we’re saying. We gesture alongside our speech. Sometimes we give someone a single eloquent gesture, a thumbs up or the middle finger or something like that.

They can help provide additional context for how to interpret the words we’re saying. But that doesn't mean the gesture and words aren't in conflict with each other. They both provide an important part of communication.

And the way people use emoji, when we look at the data, can sometimes be a kind of  elaborate emoji pantomime; you can kind of tell retell a novel in emoji, and it's kind of like playing emoji charades.

But a lot of times, when you look at how people actually use emoji, it's a lot more of adding additional emotion sentence to influence how to interpret it. So if I send you something like ‘good job’ with the thumbs-up emoji, that reinforces that positive, but if I send you a good job with a middle finger gesture, that’s something totally different. Again, going back to the layers of current internet language.