As Trump again doubled down, Democrats vying to unseat the president in 2020 shined a light on race at their debate 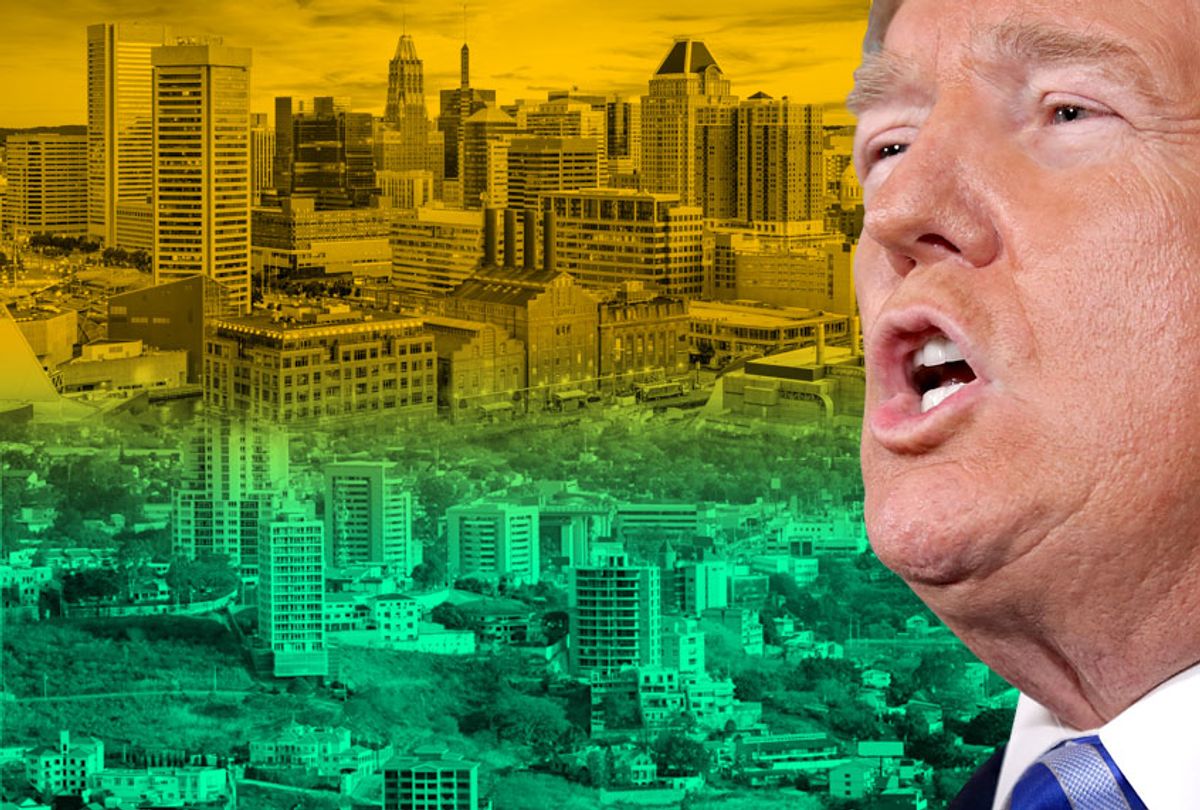 President Donald Trump doubled down once again Tuesday on his attacks on Baltimore, this time claiming that violent crime in the majority-black city is worse than it is in Honduras, a Latin American country grappling with deadly gang violence.

The president appears to have been echoing a conservative talking point, which has become popular since his initial racist onslaught against Baltimore. As the Post pointed out, Charlie Kirk of Turning Point USA tweeted Monday that Honduran asylum seekers "would be more safe staying home than they would be in Democrat-controlled, American cities."

Trump has been under fire since he first posted a series of racist tweets last weekend about Baltimore, the home of one of his most outspoken congressional critics, Rep. Elijah Cummings, D-Md.

On Tuesday, Trump argued that his tweets were not racist and claimed, without offering any evidence, that many African-American residents of Baltimore contacted him in order to express their support for his statements.

"I am the least racist person there is anywhere in the world," Trump told reporters assembled outside of the White House. "When con men — who I've known almost all my business life, because I had to deal with him unfortunately in New York. But I get along with him — Al Sharpton. Now he's a racist. He's a racist."

"I’ve received more phone calls than I think on any other subject — of people from Baltimore and other cities corruptly run by Democrats thanking me for getting involved," the president added.

While Trump continued to double down on his racist attacks on Baltimore, Democrats vying for the nomination to unseat him in 2020 brought the issues of systemic racism and reparations for slavery reparations to the forefront of Tuesday's primary debates in another majority-black city: Detroit.

Among the leaders of the pack was Sen. Elizabeth Warren, D-Mass., who addressed the ongoing problem of racism in America by singling out white supremacy in the sharpest possible language.

"We need to call out white supremacy for what it is — domestic terrorism — and it poses a threat to the United States of America," Warren told the debate audience to thunderous applause. "We live in a country now where the president is advancing environmental racism, economic racism, criminal justice racism, health care racism. The way we do better is to fight back and show something better."

Trump, for his part, infamously failed to decry a deadly white supremacist attack in Charlottesville, instead casting "blame on both sides."