"You may want to take note that because you keep writing checks to this president, it’s on you," Scarborough says 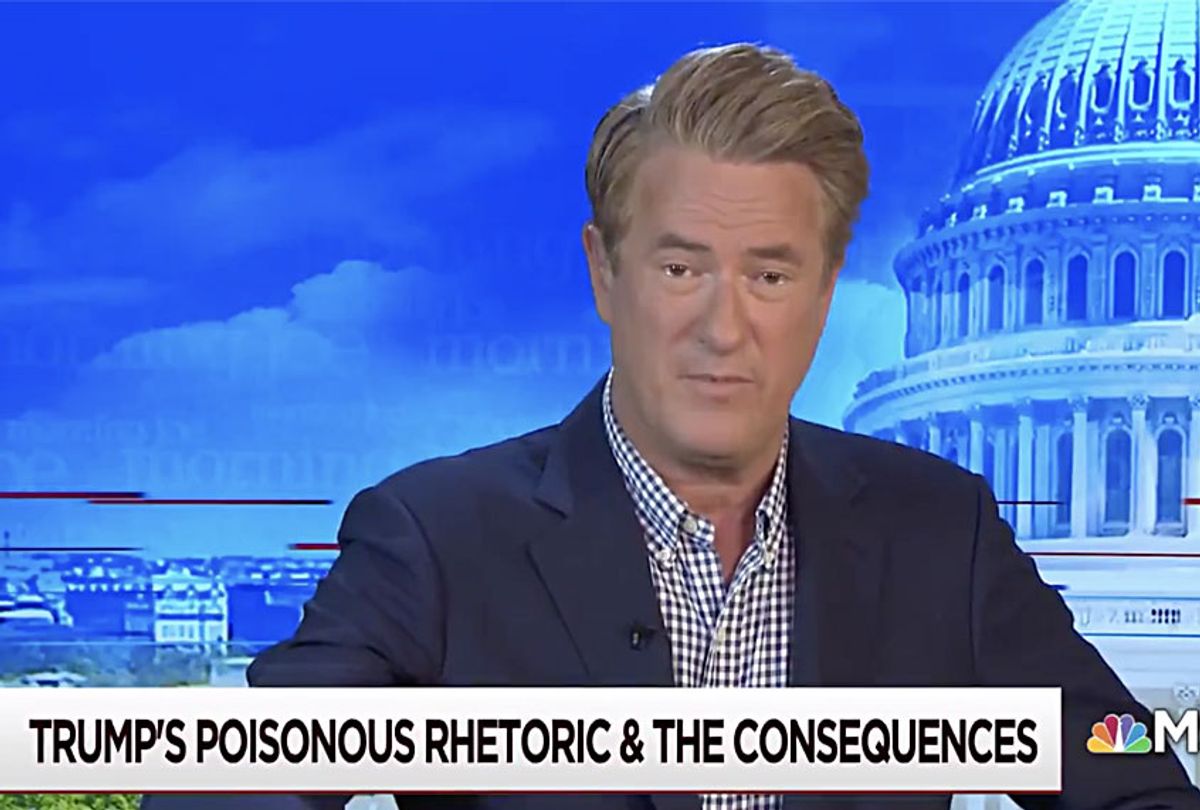 MSNBC's Joe Scarborough skewered donors to President Donald Trump's re-election bid for funding a "white supremacist campaign" in the wake of a pair of mass shootings over the weekend in Texas and Ohio.

"For those of you who are funding Donald Trump’s re-election campaign, you may want to take note that because you keep writing checks to this president, it’s on you," the "Morning Joe" host and former Republican congressman said Monday. "It really is all on you."

In Texas, Saturday's mass shooting by a 21-year-old white gunman in El Paso left 22 people dead. Federal prosecutors are treating the massacre as a case of domestic terrorism.

The shooter accused of carrying out the massacre wrote an anti-immigrant screed, in which he claimed that his attack was a "response to the Hispanic invasion of Texas," directly echoing Trump's continued warnings of "an invasion" at the southern border ahead of the 2018 elections.

On Monday, Scarborough asked the ultra-rich who are donating to Trump's bid why they appear to prioritize economic issues over white supremacy. Along with the Republican National Committee, the president's campaign raised a sky-high $105 million in the second quarter.

In his address to the nation Monday, Trump urged Americans to condemn "racism, bigotry and white supremacy." But top presidential candidates, including Pete Buttigieg, Beto O'Rourke and Elizabeth Warren have accused the president of being fueling the rise of white nationalism.

"White supremacy is a domestic terrorism threat in the same way that foreign terrorism threatens our people," Sen. Elizabeth Warren said to CNN's Don Lemon on Sunday. "And it is the responsibility of the president of the United States to help fight back against that — not to wink, and nod, and smile at it and let it get stronger in this country."

In November, an FBI report revealed that hate crimes had skyrocketed by 17 percent between 2016 and 2017, the first full year of Trump's presidency. That figure represented the biggest year over year increase in hate crimes since a wave of anti-Muslim crimes followed the 9/11 terrorist attacks in 2011.

You can watch the full segment from "Morning Joe" here: