Warren says Trump "has created plenty of space for hate" after El Paso massacre: "He is a racist" 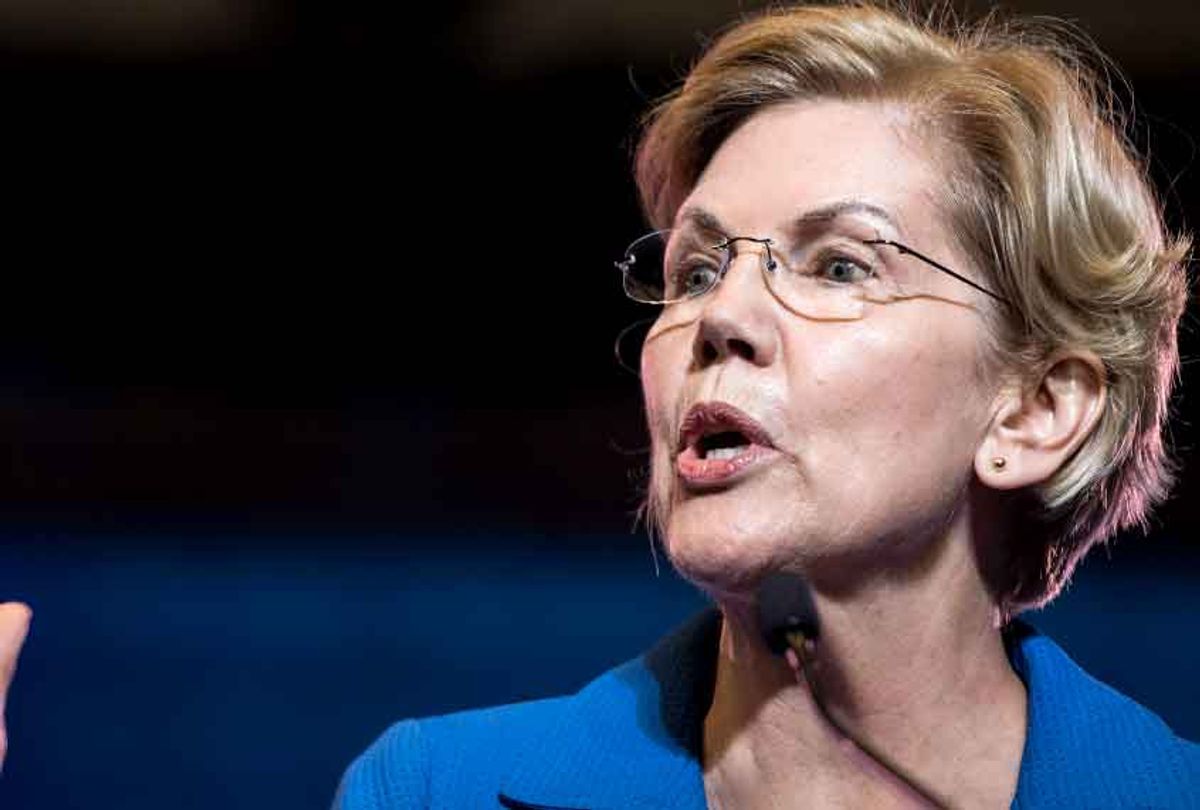 Sen. Elizabeth Warren, one of the front-runners for the 2020 Democratic nomination, skewered President Donald Trump as a "racist" who has himself "created plenty of space for hate" after a 21-year-old white gunman who railed against immigration brutally murdered 20 people and injured dozens more at a Walmart near the southern border.

"Donald Trump says hate has no place in our country? Donald Trump has created plenty of space for hate. He is a racist," Warren told CNN's Don Lemon on Sunday. "He has made one racist remark after another, he has put in place racist policies and we've seen the consequences of it."

Warren responded directly to a soundbite Lemon played of the president in the aftermath of one of two mass shootings in less than a day, the second leaving nine dead in Dayton, Ohio. After saying that "hate has no place in our country," Trump sought to defend his record and cast blame on mental illness as the driving force behind the massacre rather than white supremacy.

"We've done actually a lot, but perhaps more has to be done. But this is also a mental illness problem, if you look at both of these cases. This is mental illness," Trump added. "These are people who are really very, very seriously mentally ill."

But the Massachusetts Democrat pushed back strongly against Trump's move to downplay white supremacy as a domestic terrorism threat.

"White supremacy is a domestic terrorism threat in the same way that foreign terrorism threatens our people," she told Lemon. "And it is the responsibility of the president of the United States to help fight back against that — not to wink, and nod, and smile at it and let it get stronger in this country."

In November, an FBI report revealed that hate crimes had skyrocketed by 17 percent between 2016 and 2017, the first full year of Trump's presidency. That figure represented the biggest year over year increase in hate crimes since a wave of anti-Muslim crimes followed the 9/11 terrorist attacks in 2011.

"This has turned America in a terrible direction. And Donald Trump keeps it gong. And let's be clear: A Republican Congress — Republican leadership in Washington, they've got nothing to say about it," Warren said. "And that means they just help strengthen it. They help it keep moving right along."

While Senate Majority Leader Mitch McConnell, R-Ky., sent prayers to the victims and their loved ones, Sen. Ted Cruz, R-Texas, went a step further in his remarks.

"We must speak clearly to combat evil in any form it takes. What we saw yesterday was a heinous act of terrorism and white supremacy," the conservative congressman tweeted. "There is no place for this in El Paso, in Texas, or anywhere across our nation."

More than 120,000 tweets sharing the hashtag #MassacreMitch were sent in the wake of this weekend's pair of mass shootings, calling out the Republican leader over Senate inaction on gun control in the wake of continued bloodshed.

You can watch Warren's appearance on CNN here: