No cushion for the Trump recession: Why this one could be worse than 2008 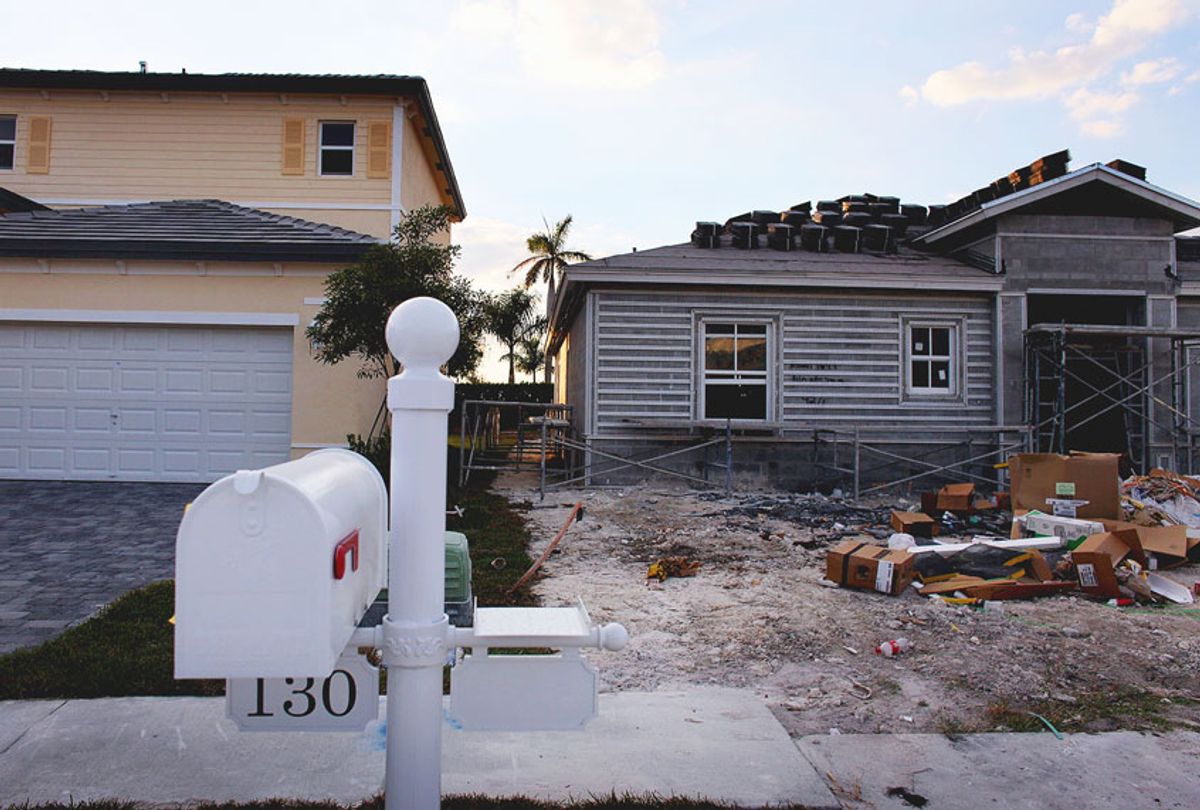 As the corporate media bangs the drum of imminent recession, we need to take a look at how tens of millions of American households that live paycheck to paycheck are situated for another choreographed downturn.

It will tell you all you need to know about the predatory nature of late-stage vulture capitalism, over which Donald Trump presides as its orange mascot. What jumps out when you look at the data is just how phony the “longest recovery” has been — the one for which Joe Biden wants to take a victory lap.

The stark reality is that in the last decade or so the rich have gotten richer as the rest of the country has sunk deeper and deeper into debt, with little to show for it except rent receipts.

As we head into the next downturn, whenever it happens, tens of millions of American families are hanging on the edge of economic oblivion. Thanks to the Trump tax cut, their government will be too much in debt to throw them a lifeline.

The $20 trillion in lost American household wealth that came from the unprosecuted theft of household wealth during Wall Street's Great Foreclosure caper had generational consequences that linger and still define many lives today.

The Federal Reserve Board's latest "Report on the Economic Well-Being of U.S. Households," released in May, surveyed 11,000 adults. It found that in order to cover an emergency $400 expense, 39 percent of those polled would have to either borrow or sell something to come up with the cash.

In the real world

Many years into this “amazing recovery,” the Federal Reserve found that “across the country, many families continue to experience financial distress and struggle to save for retirement and unexpected expenses."

Changes in family income from month to month remained a source of financial strain for some individuals. Three in 10 adults had family income that varied from month to month. One in 10 struggled to pay their bills at some point in the prior year because of monthly changes in income. Financial support from family or friends to make ends meet was also common, particularly among young adults.

The annual survey found that “many adults were struggling to save for retirement” with one in four with “no retirement savings or pension whatsoever.”

In the years since the Great Recession, student debt has exploded from $500 billion to $1.57 trillion. Non-housing related debt was $2.65 trillion in 2008. By the second quarter of this year it had surpassed $4 trillion.

And, in the midst of Trump’s ranting in February about his wall with Mexico, seven million Americans, a record number, fell into that 90-day abyss of being months late with their car payment.

President Obama’s fateful decision not to provide the kind of backstop for homeowners that Franklin D. Roosevelt did in the 1930s may have plumped up Wall Street. But it sent thousands of neighborhoods into a death spiral where once serviceable houses were turned into zombie shells hollowed out by ruthless speculation.

These scars are still living in our landscape in places like Flint, Michigan, and Newark, New Jersey, where homeowners have to deal with the prospect that the public water is poisoning their children and grandchildren with lead.

The millions of foreclosures that devastated neighborhoods of color hardest of all represent a massive transfer of wealth from working-class Americans — one that took generations to build — to the predator Wall Street class that precipitated the crisis in the first place.

Historically, homeownership could provide stability to an extended family by providing stopgap shelter for a family member down on their luck or a college graduate jammed up by student debt.

Homeownership also offered potential lifeline of capital realized by borrowing on the equity in the property that could help a family navigate a job loss that can come in a downturn.

As the Pew Center reports, more Americans are living month to month in rental housing than at any time in the last 50 years.

The Joint Center for Housing Studies of Harvard University found that a lack of affordable rental housing helped drive up rents four times faster than the rate of inflation. “The US Consumer Price Index for rent of primary residence rose at a 3.8 percent annual rate through April, far exceeding the 0.9 percent inflation rate for non-housing-related goods,” the analysis found.

A half-century of betrayal

Since the 1970s, when wages flatlined as productivity spiked and unions began to shrink, American corporations have been running things by paying off both political parties.

In the last few years, as a consequence of this collusion of the comfortable, the economic circumstances of our elected representatives has continued to vastly outpace what’s been happening for everyone else. They appear ready for whatever capitalism has in store for us.

As Roll Call reported last year, the “cumulative net worth of senators and House members jumped by one-fifth in the two years before the start of this Congress, outperforming the typical American’s improved fortunes as well as the solid performance of investment markets during that time.”

The disparity becomes clear after examining the most recent financial disclosures of virtually every current lawmaker. The news is not likely to do them any good during a midterm campaign year when disapproval of Capitol Hill remains in record territory and sentiment remains strong that politicians in Washington are far too disconnected from the lives of their constituents.

One essential element of keeping the lid on America’s collective anger over decades of declining wages, disappearing benefits and actual decline in our average lifespan, is to cover the ups and downs of the economy as if it were some sort of naturally occurring meteorological phenomenon.

But the kinds of market gyrations that promote dislocation and misery for the masses are not the result of gravity or barometric pressure. They are the consequences of decisions driven by an ever-shrinking circle of people and institutions who engineer scarcity — because making a killing is the only way they know how to make a living.