In new court filings, the House panel argues that "McGahn's testimony is urgent" and "time-sensitive" 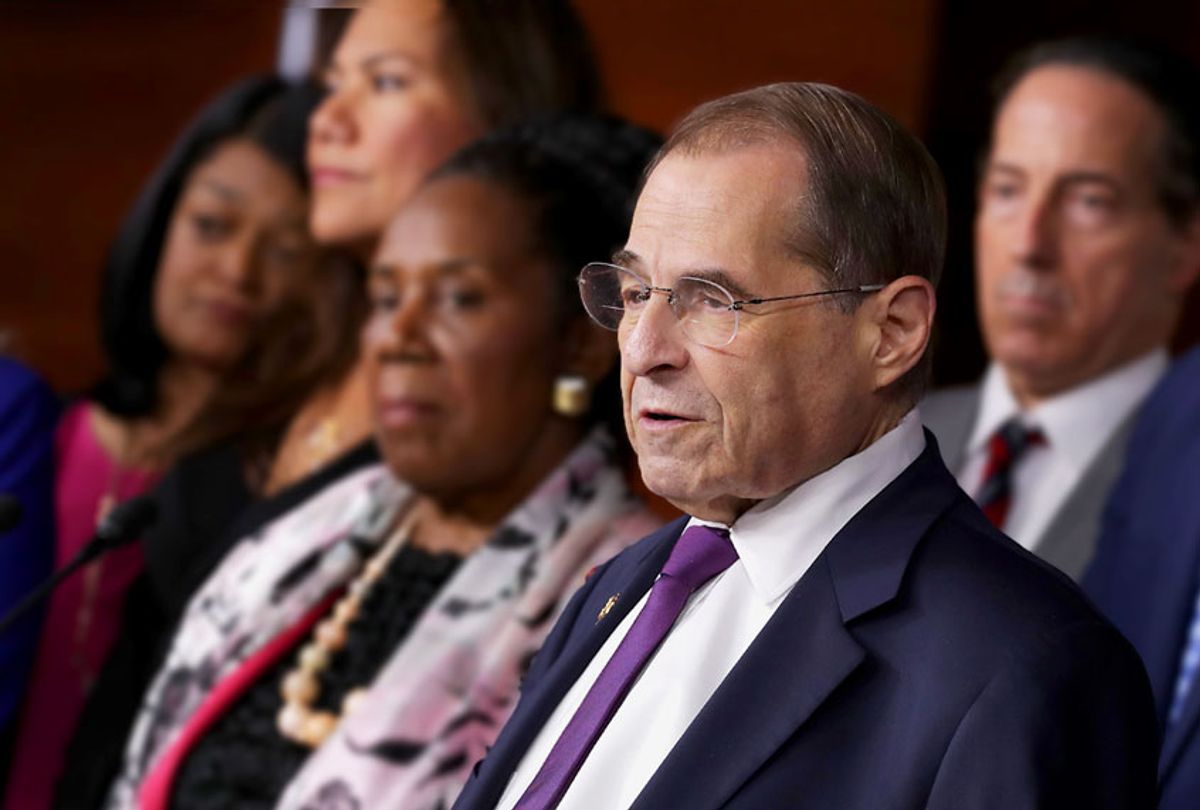 In the new court filings, counsels for the lawmakers claim that the panel's investigation has been severely delayed and diminished as a result of the White House's stonewalling and refusal to comply with document requests related to committee's oversight efforts.

Democrats on the Judiciary panel asked a federal judge in the District of Columbia to grant declaratory and injunctive relief by declaring that McGahn's refusal to comply with the panel's subpoena is "unlawful." They asked the district court judge to "issue an injunction requiring McGahn to appear before the Committee."

McGahn had previously defied a subpoena to testify before the panel about Mueller's investigation. Nadler said at the time that President Donald Trump instructed McGahn to reject the subpoenas. The panel voted to hold McGahn in contempt of Congress for refusing to comply with the subpoenas.

Lawyers for Democrats on the Judiciary Committee argued that the panel's "need for McGahn's testimony is urgent."

"The committee's work here is not only time-sensitive. It is also time-intensive — particularly given the thorough consideration required in determining whether to recommend articles of impeachment — and, critically, time-limited," the court filing reads.

The 116th Congress, and with it the Judiciary Committee's investigation, expires on Jan. 3, 2021.

The lawsuit to expedite McGahn's testimony comes as a majority of House Democrats now support formally opening an impeachment inquiry against Trump.

Judiciary Chairman Jerry Nadler has described McGahn as the committee's "most critical fact witness." He has argued that McGahn's testimony would bolster his panel's investigation and boost public support to launch impeachment proceedings against Trump.

"President Trump and the White House have repeatedly blocked witnesses from complying with committee subpoenas and documents and continue to attempt to stall progress in the courts," Nadler said in a statement Monday with the recent filing. "We are aware of this strategy to prevent Congress and the American people from hearing the truth about Trump's obstruction, which is why expediting Mr. McGahn's testimony is so very important."

Nadler issued a blitz of subpoenas last month for testimony from current and former White House aides, a move that is certain to escalate the standoff between the White House and Democrats in Congress, who are conducting sweeping investigations into the Trump administration and allegations of obstruction of justice and abuses of power by the president.

The White House has sought to block the testimony of current and former administration aides such as McGahn, who is seen as a the panel's most critical witness because he allegedly witnessed multiple acts of potential obstruction by the president.

McGahn was a key witness for former special counsel Robert Mueller throughout his nearly two-year investigation into the Russian interference in the 2016 election.

In his final report, Mueller detailed ten instances of possible obstruction by Trump, including one in which Trump instructed McGahn to have Mueller fired in the summer of 2017 because of alleged "conflicts of interest." McGahn declined to do so, according to the report, deciding he would "rather resign than trigger what he regarded as a potential Saturday Night Massacre."

Trump has disputed McGahn's account several times. He claimed earlier this year that he "was never going to fire Mueller" and never even "suggested firing" him.