Ben Ray Luján, the No. 4 Democrat in the House of Representatives, backs impeachment inquiry

Luján is the 125th House Democrat to support proceedings against President Trump, according to a recent rally 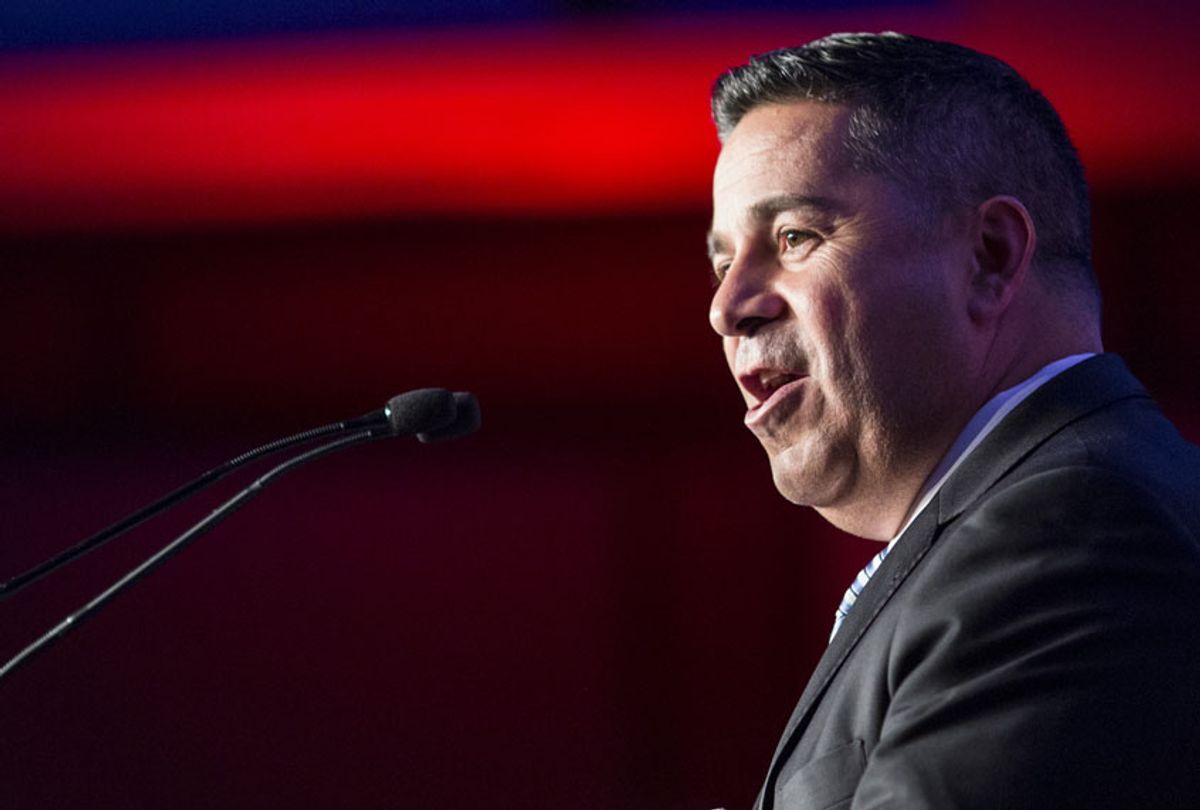 Rep. Ben Ray Luján (N.M.), the No. 4 Democrat in the House of Representatives, threw his support behind launching an impeachment inquiry into President Donald Trump on Monday, making him the highest-ranking member of the Democratic Party in the lower chamber to formally back the process.

Luján, the assistant House speaker who is leaving the lower chamber in order to run for a Senate seat in 2020, said he reached his decision after reading former special counsel Robert Mueller's report, warnings that Russia will target U.S. elections in 2020 and Trump's apparent willingness to accept dirt on a political rival from foreign adversaries.

"The Trump presidency is creating grave national security concerns," Luján said in a statement. "Not only has he ignored the warnings that our democracy is being targeted, but he has also actively encouraged Russian interference."

Earlier this month, the House Judiciary Committee announced it was conducting a "formal impeachment" probe against Trump. The move came after more than half of all Democrats in the House of Representatives revealed they supported an impeachment inquiry against Trump.

Luján is the 125th House Democrat to support proceedings, according to an NBC News tally. He is the highest-ranking House Democrat to back impeachment thus far — a title previously held by Rep. Katherine Clark, D-Mass., the vice chairwoman of the caucus.

Speaker of the House Nancy Pelosi, D-Calif., has long resisted calls to launch formal impeachment proceedings, arguing that such a move does not have public support or strong bipartisan backing and warning that moving forward with proceedings could cost Democrats the presidency and control of the lower chamber in 2020.

Pelosi has also expressed concern that impeachment in the House would send the question to the Republican-controlled Senate, where Trump would likely be acquitted, allowing the president to take a victory lap ahead of his re-election campaign.

Pelosi has advocated for a slow and methodical approach to holding Trump accountable, relying on her six investigative committees to unearth new information about Trump's alleged misconduct, focusing on his personal finances, businesses and conduct as president.

But as Democrats have eclipsed the halfway mark on launching proceedings and as the House Judiciary Committee continues to press ahead on the move, Pelosi has appeared to shift her tone, endorsing the panel's decision to begin proceedings.

With Pelosi's endorsement, House Judiciary Chairman Jerry Nadler, D-N.Y., appears hopeful that impeachment can help the panel secure information through the courts that the White House has refused to provide in order to guide its ongoing investigations into the president and determine whether to recommend articles of impeachment.

In a court filing last month, however, the House Judiciary Committee put in writing for the first time that it was weighing whether to impeach Trump — effectively arguing it needs the grand jury material related to former special counsel Robert Mueller's investigation in order to determine to recommend articles of impeachment.

The House Judiciary Committee also filed a lawsuit earlier this month against former White House counsel Don McGahn, who previously defied a subpoena to testify before the panel at Trump's direction. In response, the panel voted to hold McGahn in contempt of Congress.

In his statement, Luján noted he had read Mueller's report in full and was "alarmed by the Trump campaign and the Trump White House's brazen disregard of the rule of law."

"President Trump's lack of action is jeopardizing our elections, national security, and Democracy," Luján continued. "What is evident is that President Trump is abdicating his responsibility to defend our nation from Russian attacks and is putting his own personal and political interests ahead of the American people."