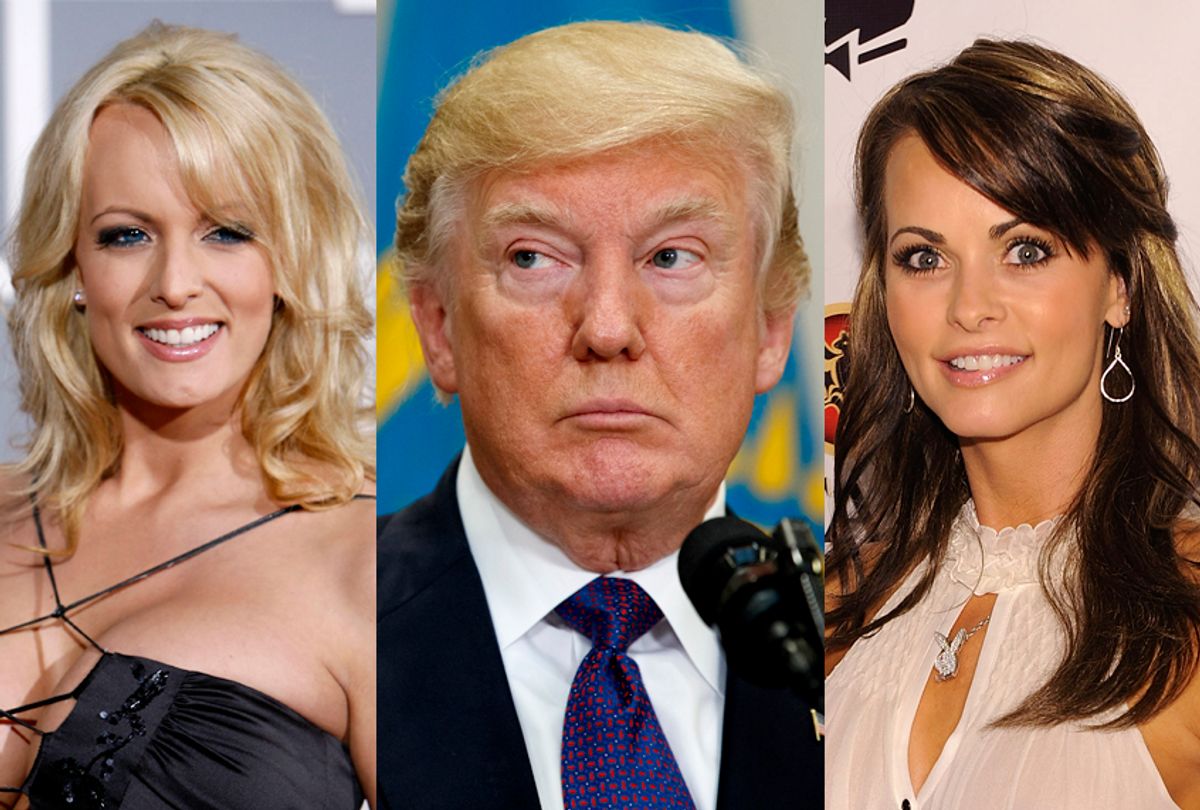 House Democrats reportedly plan to investigate President Donald Trump's alleged involvement in hush-money payments to women who claim they had affairs with him.

The House Judiciary Committee is preparing to hold hearings and request testimony from witnesses involved in the 2016 hush-money payments to ex-Playboy model Karen McDougal and adult-film star Stormy Daniels as soon as October, according to the Washington Post.

Democrats on the panel reportedly believe there is ample evidence against Trump after his former personal lawyer and "fixer," Michael Cohen, pleaded guilty to two campaign finance charges.

Cohen is currently serving a three-year prison sentence in part for the hush-money payments made to Daniels and McDougal, which prosecutors said amounted to a violation of campaign finance laws. He testified under oath earlier this year that the payments were made "in coordination and at the direction of" Trump in an attempt to influence the outcome of the 2016 presidential election.

The hush-money inquiry will open a new chapter in the House's months-long consideration of whether to draft articles of impeachment against Trump as more and more Democrats urge launching an inquiry against the president.

More than 130 House Democrats have called for an official impeachment inquiry to begin. However, House Speaker Nancy Pelosi, D-Calif., has long cautioned that moving forward with impeachment proceedings could cost Democrats the presidency and control of the lower chamber in 2020 if the move does not have public support or strong bipartisan backing.

Rep. Jamie Raskin, D-Md., a member of the House Judiciary Committee, told the Post there is significant evidence against the president and his alleged involvement in the episode.

"The fingerprints are all over this one — it's not like a big mystery," he said. "As with the evidence of presidential obstruction of justice, the conclusion seems inescapable: that [Trump] would have been tried had he been anybody else. And now it's left to Congress again to figure out what to do with the lawbreaking and apparent impunity of the president."

Trump's lawyers have repeatedly denied that their client committed wrongdoing.

"No campaign violations were engaged in by the president," Jay Sekulow, the president's personal attorney, told the newspaper.

As part of the probe, Democrats reportedly plan to consider calling David Pecker, the chairman and CEO of American Media Inc., as a potential witness.

Court documents unsealed in July detailed how Cohen; Trump's then-campaign press secretary, Hope Hicks; David Pecker and another AMI executive, Dylan Howard; and Trump himself were closely involved in a scheme to hide the payments made to Daniels and McDougal.

The documents, which include calls, text messages and emails exchanged between the group in October 2016, describe how Cohen worked to arrange a deal with Davidson and AMI, the parent company of the National Enquirer. Cohen's plan was to have AMI purchase and bury Daniels' story — a practice known as "catch and kill" — and then reimburse the media company for its expenses.

The documents stated that Cohen made a $130,000 payment to Davidson on Oct. 27 — with the funds intended for Daniels — "for the purpose of securing her ongoing silence with respect to the allegations that she had an extramarital affair with Trump."

In addition to the payment to Daniels, Cohen arranged for AMI to pay McDougal for her story alleging an affair with Trump. McDougal's contracted granted AMI "exclusive ownership of her account of any romantic, personal or physical relationship she has ever had with any 'then-married man,'" the New Yorker reported last year.

The company never ran the story after purchasing its rights.

As part of a non-prosecution agreement, AMI admitted that it was involved in an effort to "catch and kill" stories perceived to be damaging Trump late last year. It admitted to making a payment of $150,000 in cooperation with some members of Trump's campaign in an effort to ensure that McDougal's claims of an affair did not become public.