The Oscar nominee was also sentenced to one year supervised release, 250 hours community service and a $30,000 fine 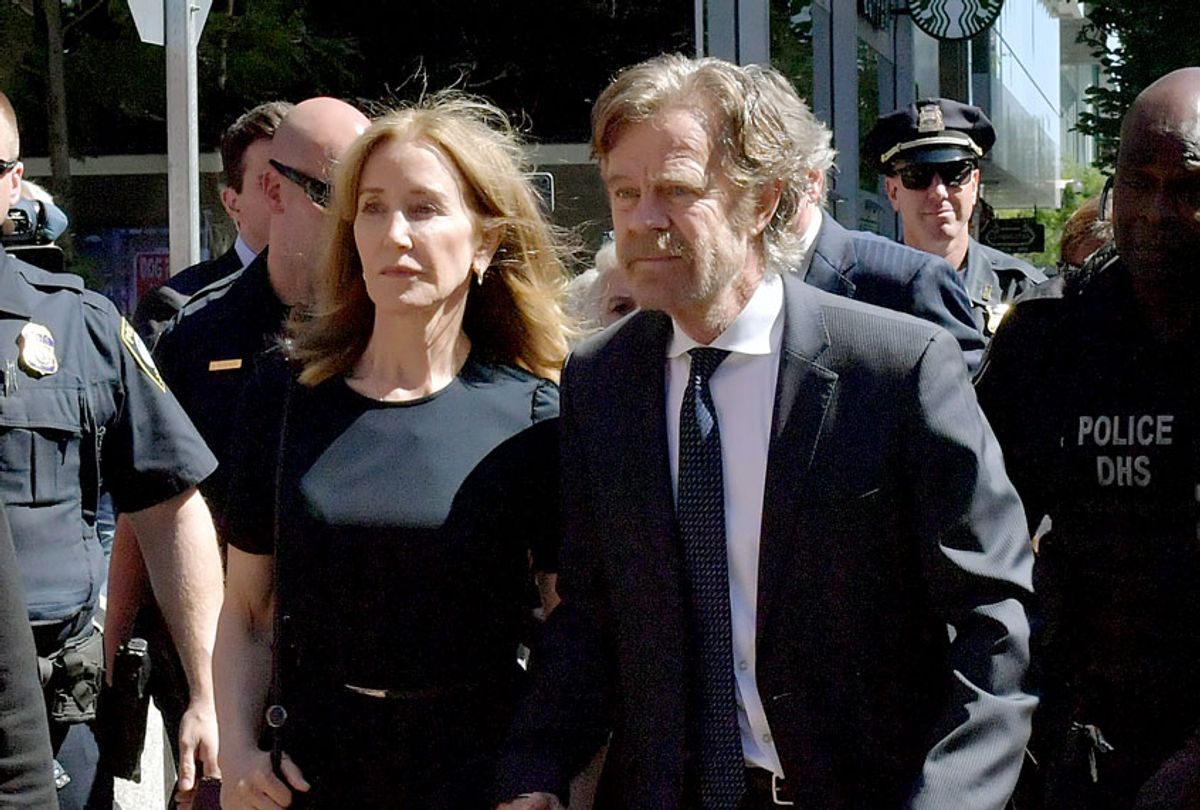 Academy Award-nominated actress Felicity Huffman was sentenced to 14 days in prison Friday afternoon for her role in what prosecutors called the "largest college admissions scam" ever uncovered by the Department of Justice.

Huffman said she was always "searching for the right book or the right piece of advice" that would help her daughters or keep her from "making the mistakes that might damage their lives."

After a college counselor warned her that her elder daughter's SAT scores would be too low to be considered by top performing arts schools, she took him up on his next suggestion: She could pay him $15,000 to have a proctor bump up her scores after she takes the test. The money was disguised as a charitable donation to Key Worldwide Foundation, a non-profit corporation the college counselor established as a purported charity.

"In my desperation to be a good mother I talked myself into believing that all I was doing was giving my daughter a fair shot," Huffman wrote in a letter she submitted to the judge ahead of her sentencing, adding that she saw "the irony in that statement now."

Huffman, who pleaded guilty in May to one count of conspiracy to commit mail fraud and honest services mail fraud, is the first of the nearly three dozen wealthy parents charged in the college admissions scandal to be sentenced. University athletic coaches from Yale, USC, Wake Forest, Stanford and Georgetown, among others, are also implicated. Her sentence was closely watched in what could be a precedent-setting decision.

The conspiracy charge carries a maximum sentence of 20 years in prison, but prosecutors said they recommended a sentence at the "low end" of the range — between four and 10 months — for the actress. They also recommended a fine of $20,000 and 12 months of supervised release.

In the end, Huffman's sentence included a $30,000 fine, one year of supervised release and 250 hours of community service.

In a letter submitted ahead of her sentencing, Huffman described being motivated by fear and her desire to be a good mother. She wrote that she felt insecure about being a parent since the day her first child was born, noting that her anxieties were heightened as a result of having a daughter with learning disabilities. Her worries led her to trust the college counselor she had hired and rely on his advice, even though she knew the move is illegal.

The college counselor, William "Rick" Singer, whom prosecutors have described as the architect of the admissions scheme, has pleaded guilty to money laundering, racketeering and obstruction of justice. He has not yet been sentenced.

After he counseled Huffman's daughter for a year, Singer told Huffman that unless her daughter's SAT math score rose dramatically, the performing arts schools she was interested in would not even consider her, Huffman told the judge.

Huffman and Singer exchanged multiple emails on how to provide her daughter with "100 percent" extra time to take the SAT exam, an affidavit in support of criminal complaint claims, and arranged for her to take the test in a location controlled by an administrator whom Singer allegedly bribed to protect the test and secretly correct her answers afterwards.

Huffman's daughter received an SAT score of 1420 out of a possible 1600 — an improvement of approximately 400 points over her Preliminary SAT exam, which was taken one year earlier without Singer's help.

"I honestly didn't and don't care about my daughter going to a prestigious college," Huffman wrote in the letter she submitted Friday to the judge in her case. "I just wanted to give her a shot at being considered for a program where her acting talent would be the deciding factor. This sounds hollow now, but, in my mind, I knew that her success or failure in theater or film wouldn't depend on her math skills. I didn't want my daughter to be prevented from getting a shot at auditioning and doing what she loves because she can’t do math."

Prosecutors have charged 51 people in the case, including university athletic coaches and employees of Singer. A total of 15 parents have pleaded guilty of the 34 parents charged. Most of those parents are expected to be sentenced in the coming weeks, most by the same judge, Indira Talwani.

Huffman has apologized and claimed her daughter was unaware of her actions.

"I unequivocally take complete responsibility for my actions and will respectfully accept whatever punishment the court deems appropriate," Huffman wrote in her letter to the judge submitted Friday. "I have a deep and abiding shame over what I have done — shame and regret that I will carry for the rest of my life."