White people have a blackface problem 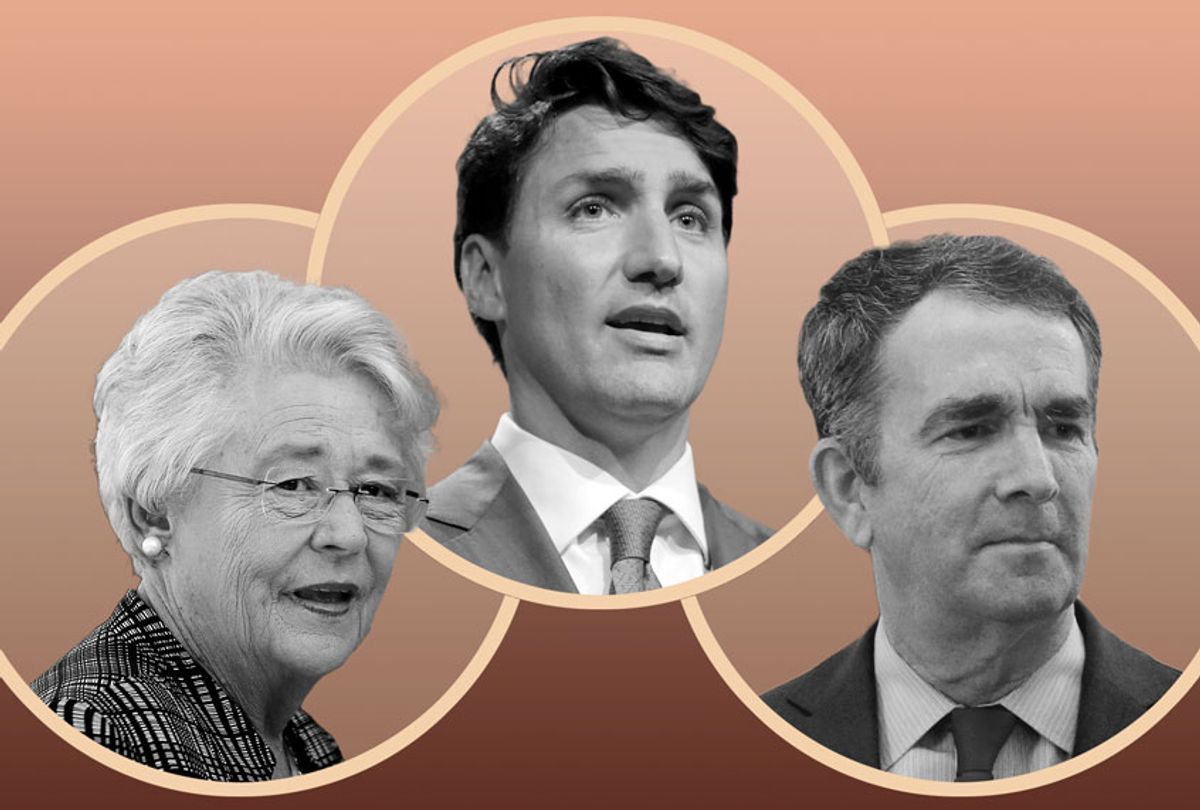 The most recent blackface incident links Canadian Prime Minister Justin Trudeau to the practice on three occasions — with images showing Trudeau wearing blackface both as a high school student (performing as Harry Belafonte) and in a video from the 1990s, and later wearing brown face as a private school teacher (at an “Arabian Nights” party). Sadly, his is far from an isolated incident.

Earlier this year, Virginia’s government was roiled when both Gov. Ralph Northam, and Attorney General Mark Herring faced intense criticism and calls for their resignations tied to allegations and/or admissions of appearing in blackface. Even if we focus only on 2019, we find a host of similar incidents, involving such varied figures as Alabama Governor Kay Ivey and Florida’s Secretary of State Michael Ertel, as well as police officers in Baton Rouge, college students at Colorado State University, and Marines stationed in California — and this doesn’t even include the many examples of blackface that will surely reappear this Halloween.

Trudeau’s case also demonstrates that this is not an American phenomenon — as do the many European holiday traditions involving blackface performance (Spain’s Three Kings Day, the Netherlands’ St. Nicholas Parade, or Belgium’s Ducasse d’Ath).

When these incidents emerge, they are roundly discussed, typically criticized, and most often followed by apologies and statements of contrition. Those condemning the practice point to its intensely racist history: its genesis in the 1800s as pressures toward emancipation built, followed by its global popularity on stage and screen throughout the twentieth century. However, critics of the practice usually stop at condemning blackface as a hateful form of mockery, of ridicule. For example, Jagmeet Singh, the leader of Canada’s New Democratic Party, criticized Trudeau’s performances in this way: “Anytime we hear examples of blackface or brownface it’s really, it’s making a mockery of someone for what they live and what their lived experiences are.”

This is a common refrain heard when the conversation turns to blackface—it’s ridicule, mockery, a kind of costuming designed to laugh at the “Other.” Yet, I find this explanation ultimately dissatisfying.

Note that those who engage in blackface run the gamut of political viewpoints — Trudeau, for instance, is typically counted among progressives, and the scandal in Virginia solely involved Democrats. Some engaging in the practice explicitly espouse white nationalism; others (like Trudeau) deny racism, and plead bad judgment, ignorance, or thoughtlessness. Now, I am by no means defending the practice, or those who have been embroiled in blackface scandals. But I don’t think we can grasp the nature and appeal of this practice, or work to eradicate it, without a more nuanced understanding of the relationship between blackface and whiteness that moves beyond simple understandings of mockery.

Typically, blackface is treated as a classic ritual of “Othering,” of identifying the difference between “us” and “them”— and then dressing up as “them” in order to laugh at their absurd qualities, to display “our” superiority. My own research, based on the writings of Ralph Ellison and Jane Ellen Harrison, suggests that we should approach blackface a bit differently.

For white people, blackness has long been charged — it is a source of fascination, of a kind of electricity, of fear and awe, of power. Ellison (drawing on Harrison) suggests that whites are driven to create contact with this charged blackness, to create a channel through which this power can flow. Whites, in short, aren’t driven to ridicule the black “Other,” but instead to contact and consume blackness and absorb this power. Through imitation — blackening one’s skin, wearing a wig, speaking or singing or dancing as a black figure — making oneself over as the charged black figure, a white person in blackface creates a conduit for power to flow, thereby appropriating that power for oneself, and for whiteness. To call this simply “mockery,” or “cultural appropriation,” is to miss the vital function of such acts.

As I argue in my current book (in progress), Ellison describes blackface as part of an American sacramentalism, a ritual practice whereby contact with “blackness” secures white identity — its freedom, its difference from blackness, its permanence. This focus not only helps us understand the continued presence of blackface, but also helps us realize the kinds of cultural work needed to fix this problem.

Bryan Crable, PhD, is Professor and Founding Director, Waterhouse Family Institute for the Study of Communication and Society, at Villanova University.