"Parasite's" Bong Joon-ho: "Voyeurism is an essential part of cinema" 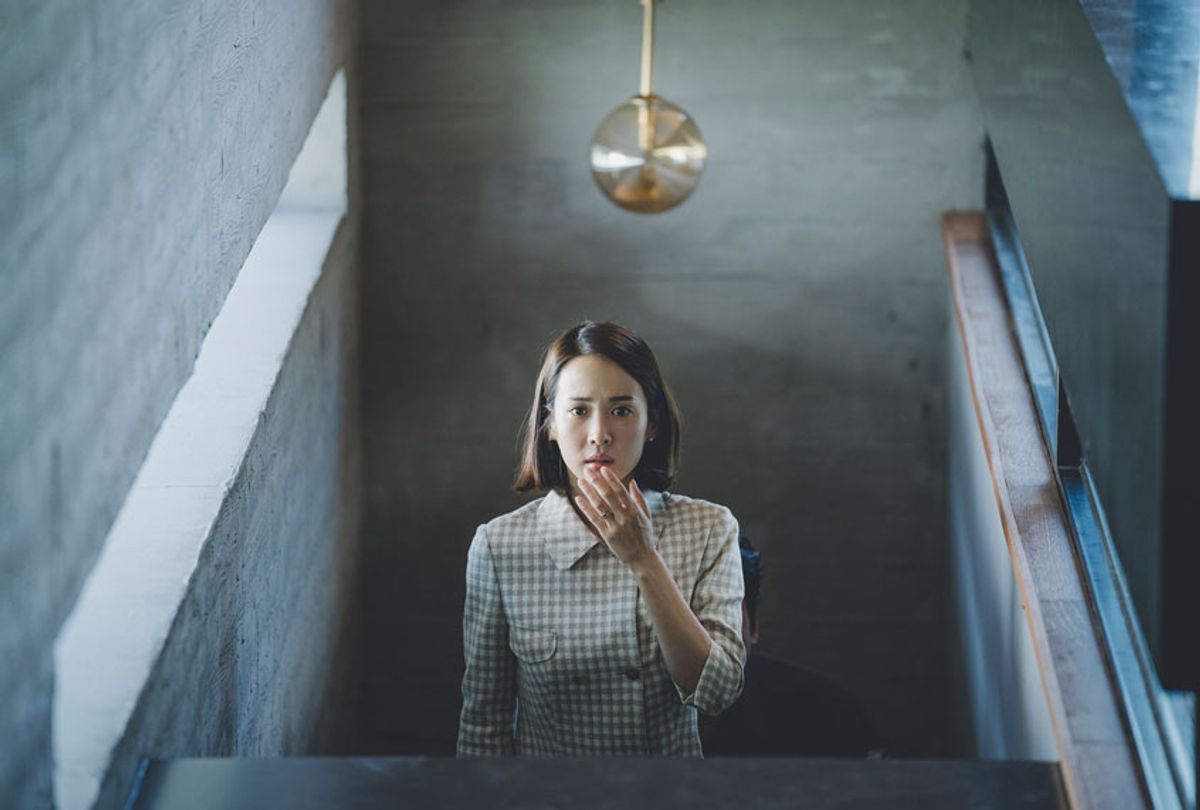 What a bounty of killer haves-and-haves-not epics we have been granted this 2019 pumpkin spice season. There’s the greatest television show of the year, “Succession,” which just wrapped its second season with a satisfyingly blackhearted reversal. There are the antihero hits “Joker” and “Hustlers,” distinctive takes on the extremes that living in a rich man’s world will drive a person to. And then there’s “Parasite,” the unnerving domestic thriller that opened this past weekend to box office shattering grosses and instant Oscar frontrunner status.

South Korean writer and director Bong Joon-ho has already earned a devoted international. following — and a reputation for class conscious storytelling — thanks to English language hits like “Snowpiercer” and “Okja.” But with “Parasite,” he’s etched himself a new place in cinematic history. In May, the film (cowritten with Jin Won Han) won the Palme d’Or at Cannes by unanimous vote, becoming the first South Korean film to secure the top prize. Now that the movie has arrived here, it not only seems destined for similar trophies, it’s already the become the movie you can’t stop talking about.

“Parasite” follows an impoverished family as its members, one by one, infiltrate their way into service for a wealthy one, with inevitably shocking consequences. It’s a late stage capitalism horror story with all the elements of a classic tale of suspense. It comes as no surprise, then, that Bong is a fan of the genre’s master. Salon spoke to him recently through his translator about his favorite films,  and why he considers himself "lucky."

You've said that one of the films that you have seen the most is "Psycho." I want to know the impact that Hitchcock and that film, particularly, had on you in making “Parasite,” because this too is a film that plays so well with your expectations.
It's not only “Parasite.” When I was making “Mother,” I also re-watched “Psycho,” because I thought that maybe when Norman Bates's mother was alive, they might have had a similar relationship as the one you see in “Mother.“ Although in “Psycho,“ you never really see the mom as someone who's alive.

For “Parasite,“ I was really inspired by the house of Norman Bates. In “Parasite,“ it's almost like the audience is starting at the Bates Motel and slowly they enter the Norman Bates house. It's like they're infiltrating and going deeper into the various hidden structures of the house along with the camera. And you know that rich house has the staircase, the second floor and the basement like the Bates house. The Bates house is not a mansion per se, but that sense of just delving deep into the various structures, that was a big influence from “Psycho.“

This film was based a little bit on your own experience and feeling like a voyeur in the home of a rich family. It seems like that element of voyeurism is really important, and certainly comes up again and again in Hitchcock, as well.
As you know, in Hitchcock's “Rear Window,” he really just explores the secret, the pleasure of just voyeurism, which I think is inevitably an essential part of cinema as a medium.

So, in “Parasite,” when the son first arrives at the rich house and the camera follows his footsteps, we're introduced to the rich house along with this character, and that is very much what Hitchcock does.

Even for “Snowpiercer,“ although it's a completely different story and a different genre, my principle was that we only see as much as Chris Evans sees. As he goes towards the front car, we only follow his perspective as he struggles to get to the front of the car. It wouldn't make sense for the film to suddenly crosscut to show the engine cars.

You've done such different big films the past couple of years. This is a return to a smaller film, and it's a return to Korean cinema for you. Why was that so important and essential to you to get back to that?
I also shot some in Japan, and for me it doesn't really matter where I'm working. The mechanism of filmmaking is pretty much similar all over the world. I'm a filmmaker who likes to look through films through a microscope rather than through a giant telescope. This is something that we did when we were children, when you put a magnifying glass against the sun and you gather the sunlight to burn a tiny, small dot onto a paper. That’s kind of my instinct as a filmmaker, that kind of really focused and heated approach.

You've talked a lot recently about your experiences with creative control, and Harvey Weinstein. The international acclaim and the buildup for this film in the U.S. are going to change the game for you as an artist in the world. What does that kind of freedom mean to you now in terms of the stories that you're going to be able to tell going forward?
Even for “Okja,” I was guaranteed director's cut from the very beginning, and in Korea I don't have any interference during post-production, so I consider myself a very lucky and happy filmmaker, and I would just like to maintain that sort of practice.

Thankfully, as I've mentioned, I want to create film as if I'm looking through them under a microscope. I don't really have plans to work on big budget films. I'm carefully predicting that I will be able to maintain that freedom. So far I've released seven films and I've managed to release them in my director's cut, so I consider myself very lucky.

"Parasite" is currently in theaters in New York & Los Angeles, and in select cities coming soon.