Fired Trump adviser John Bolton is in talks to testify in the House impeachment inquiry: report 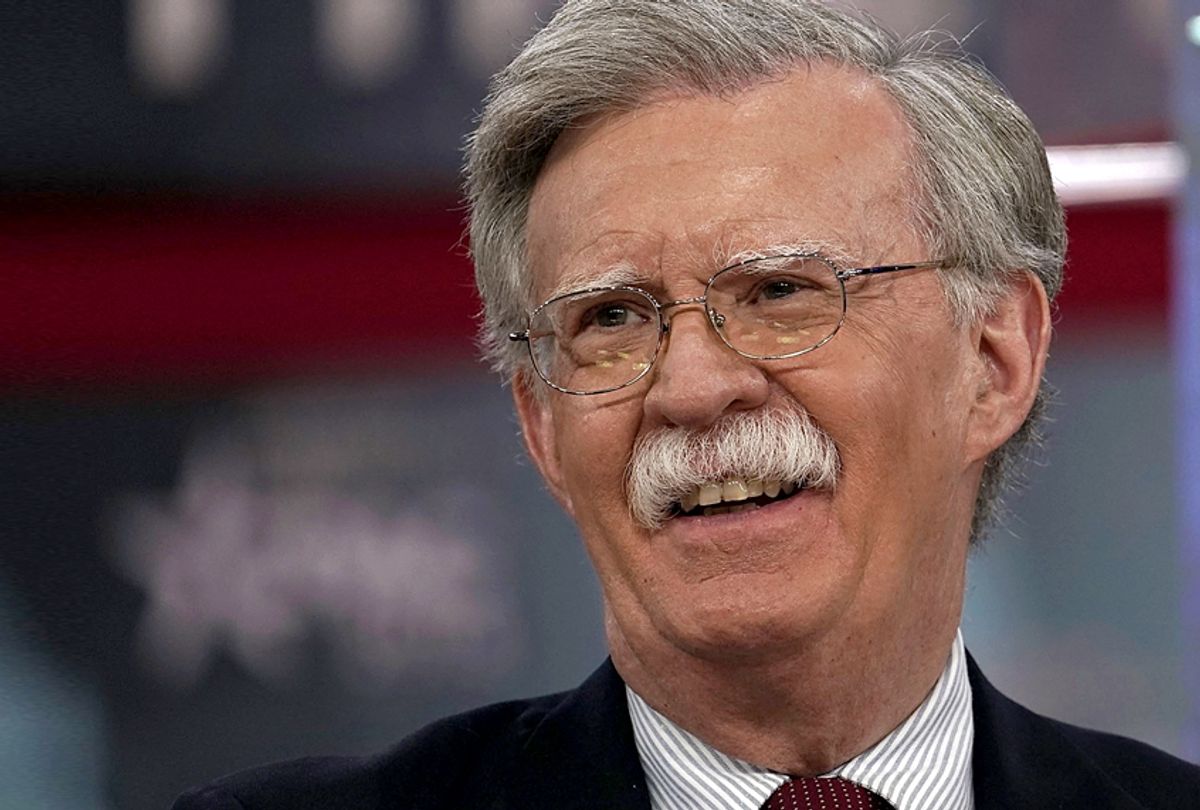 President Donald Trump's national security adviser John Bolton is in talks to testify in the House impeachment inquiry, which would potentially make him the highest-ranking official yet to cooperate with the probe.

Bolton’s attorneys are negotiating with impeachment investigators to plan a date for him to be “deposed behind closed doors,” the New York Times reported.

Ousted in September, Bolton did not leave the White House on good terms. Trump said he fired Bolton after numerous policy disagreements, though Bolton has insisted that he resigned. Bolton immediately began to speak out against Trump’s policies and has shopped a book about his time at the White House, according to the Daily Beast.

Bolton’s testimony could be key to the House impeachment inquiry, where his name has come up often.

Fiona Hill, a former National Security Council official who served under Bolton, testified earlier this month that Bolton vehemently opposed the Trump administration’s efforts to pressure Ukraine to launch investigations into the Bidens and the 2016 election.

Hill testified that Bolton was so alarmed after hearing Gordon Sondland, the U.S. ambassador to the European Union, link a possible meeting between Ukrainian President Volodymyr Zelensky to an investigation into Burisma, the Ukrainian firm on whose board Hunter Biden sat, that he instructed Hill to notify White House lawyers.

Bolton likened the plot to a “drug deal” and warned that Rudy Giuliani, Trump’s personal attorney who led the effort to find dirt on Trump’s opponents in Ukraine, was a “hand grenade who’s going to blow everybody up,” Hill testified.

Bolton was also mentioned in the testimony of Bill Taylor, Trump’s top envoy to Ukraine. Democrats called Taylor’s testimony earlier this week the “most damning” yet.

Taylor told lawmakers that Bolton was “so irritated” that the administration linked “investigations” to a proposed meeting between Trump and Zelensky that he abruptly ended a July meeting at the White House and warned National Security Council staffers in attendance that “they should have nothing to do with domestic politics.”

Taylor corroborated Hill’s claim that Bolton instructed her to “brief the lawyers” about the matter. Bolton also allegedly urged Taylor to write a cable directly to Secretary of State Mike Pompeo, which Taylor did, calling Trump’s pressure effort “folly” and warning that he “would not defend such a policy.”

Taylor also told lawmakers that Bolton opposed Trump’s now-infamous July 25 phone call with Zelensky out of concern that it “would be a disaster.”

Bolton could also be asked about Thursday’s Washington Post report that the White House blocked Ukraine from a trade deal just weeks after Trump’s call with Zelensky, suggesting that the pressure effort was not limited to the more than $390 million in military aid to Ukraine, which the administration blocked in the lead-up the call.

Bolton stopped Trump trade adviser Robert Lighthizer from recommending that Ukraine be reinstated to a trade deal that allowed it to not pay tariffs on certain products and told him that Trump“probably would oppose any action that benefited the government in Kyiv,” The Post reported.

Democrats are also scheduled to speak with Tim Morrison, a key National Security Council official that Bolton brought to the White House.

Taylor testified that Morrison told him that Trump “doesn’t want to provide any assistance at all” to Ukraine and had “conditioned” both military aid to Ukraine and the meeting with Zelensky on a public announcement of the investigations. He also told Taylor that Sondland had informed a top Zelensky aide in September that aid “would not come” until Zelensky committed to investigating the Bidens.

Democrats on Friday also issued subpoenas to Trump administration aides who have refused to comply with the probe.

Investigators issued subpoenas to acting budget director Russ Vought, as well as Michael Duffey, a senior official at the Office of Management and Budget, and T. Ulrich Brechbuhl, a lawyer at the State Department.

All three previously refused to testify voluntarily, with Vought tweeting that the impeachment probe was a “sham process.”