White House official to back diplomat’s "damning" testimony in defiance of administration: report 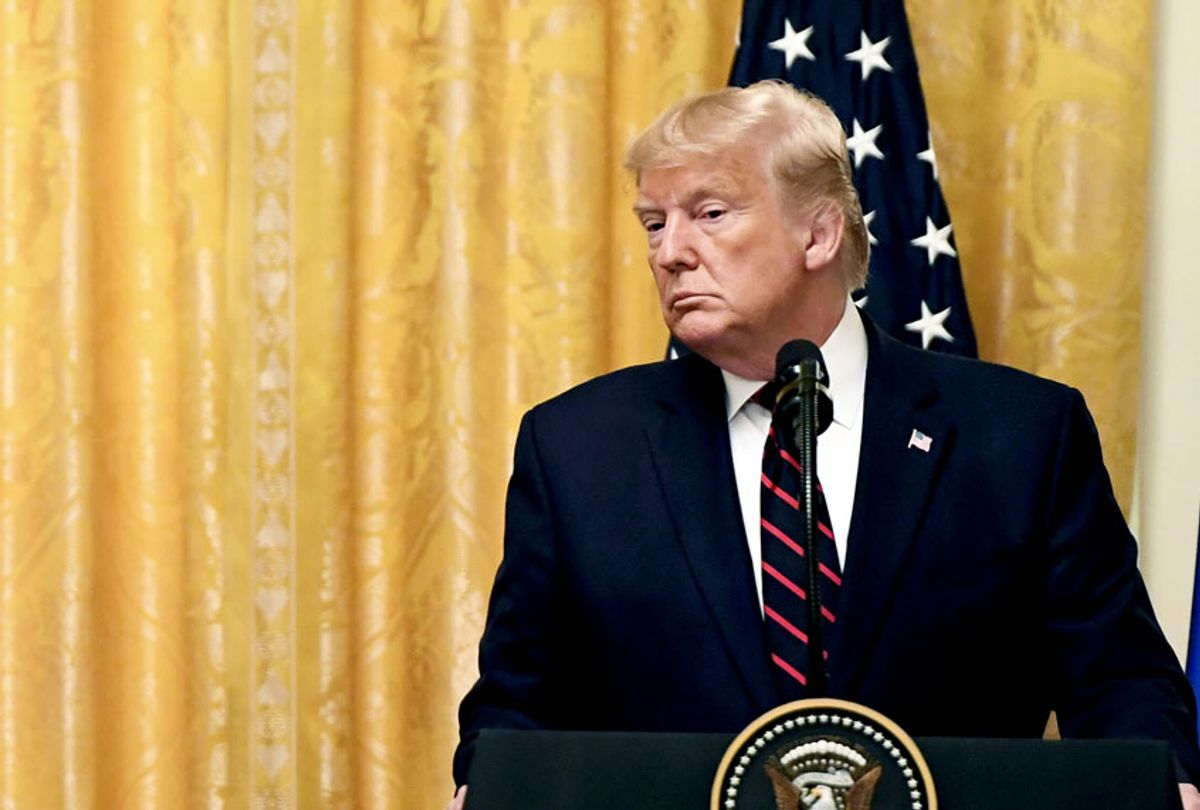 US President Donald Trump and Finnish President Sauli Niinisto hold a joint press conference in the East Room of the White House in Washington, DC, on October 2, 2019. (SAUL LOEB/AFP via Getty Images)
--

A National Security Council official identified as a key witness to President Donald Trump’s effort to pressure Ukraine to investigate the Biden family plans to defy the administration, backing up some of the most “damning” testimony in the impeachment inquiry.

Tim Morrison, the top Russia and Europe official on the National Security Council, is expected to become the first White House official to testify in the impeachment probe next week. His attorney told Politico that Morrison would appear before investigators — even if the White House tries to block him.

Several witnesses have defied the administration's orders, but they appeared before lawmakers after being subpoenaed. Thus, Morrison would be the first White House official who is currently serving in the Trump administration to testify.

Morrison would also be among the first officials who personally heard Trump’s July 25 phone call with Ukrainian President Volodymyr Zelensky to testify, CNN reported. Trump ordered acting chief of staff Mick Mulvaney to block more than $390 million in aid to Ukraine before the call.

The network reported that Morrison is expected to back up the testimony of acting U.S. Ambassador Bill Taylor, who Democrats said provided the “most damning” account yet for Trump. Morrison was mentioned 15 times in Taylor’s opening statement.

Sources told CNN that Morrison would testify that he did not believe there was anything wrong with Trump’s actions, but the network reports that Republicans are still “worried” that his testimony would “fuel” the impeachment push.

Van Gelder cautioned that “we haven’t decided what he’s going to say yet.”

"He's going to answer questions,” she told CNN. “That's where we're at right now. We haven't made final decisions on anything other than he'll appear with the subpoena."

Taylor testified that Morrison was the official who first informed him of the July 25 phone call, saying the call “could have been better.”

Taylor claimed that he was ready to resign in August after Morrison told him that Trump “doesn’t want to provide any assistance at all” to Ukraine, even though it was appropriated by Congress.

In later conversations, Taylor testified that he was “alarmed” when Morrison told him that the administration had “conditioned” both the military aid and a long-sought meeting between Zelensky and Trump on the public announcement of an investigation into the Bidens and the 2016 election.

According to the testimony, Morrison also told Taylor that Gordon Sondland, the U.S. ambassador to the European Union, told a Zelensky aide in September that aid “would not come” until Zelensky "committed to pursue the Burisma investigation," referring to the Ukrainian firm whose board included Hunter Biden. There has been no public evidence that either former Vice President Joe Biden or his son did anything illegal in Ukraine.

Sondland testified before lawmakers earlier this month, but Democrats called for him to return after Taylor’s testimony contradicted some of his statements.

Democrats are also eager to question John Bolton, who served as Trump’s national security adviser until September. Bolton instructed an aide to report a conversation that Sondland had with Ukrainian officials about Burisma to White House lawyers and likened the administration’s Ukraine effort to a “drug deal.” Democrats are negotiating with Bolton’s lawyer to set a time for him to testify behind closed doors, according to the New York Times.

Morrison was named to the National Security Council by Bolton, the Washington Examiner reported, which has left Republicans on Capitol Hill concerned about what he could potentially disclose.

“It’s surprising the White House hasn’t asserted executive privilege,” one unnamed Republican told the outlet. Another added, “It is a sh*t show. There is no one at the White House coordinating this or giving guidance. ”