Jeff Sessions to announce run for Senate — and Trump intends to campaign against him: reports 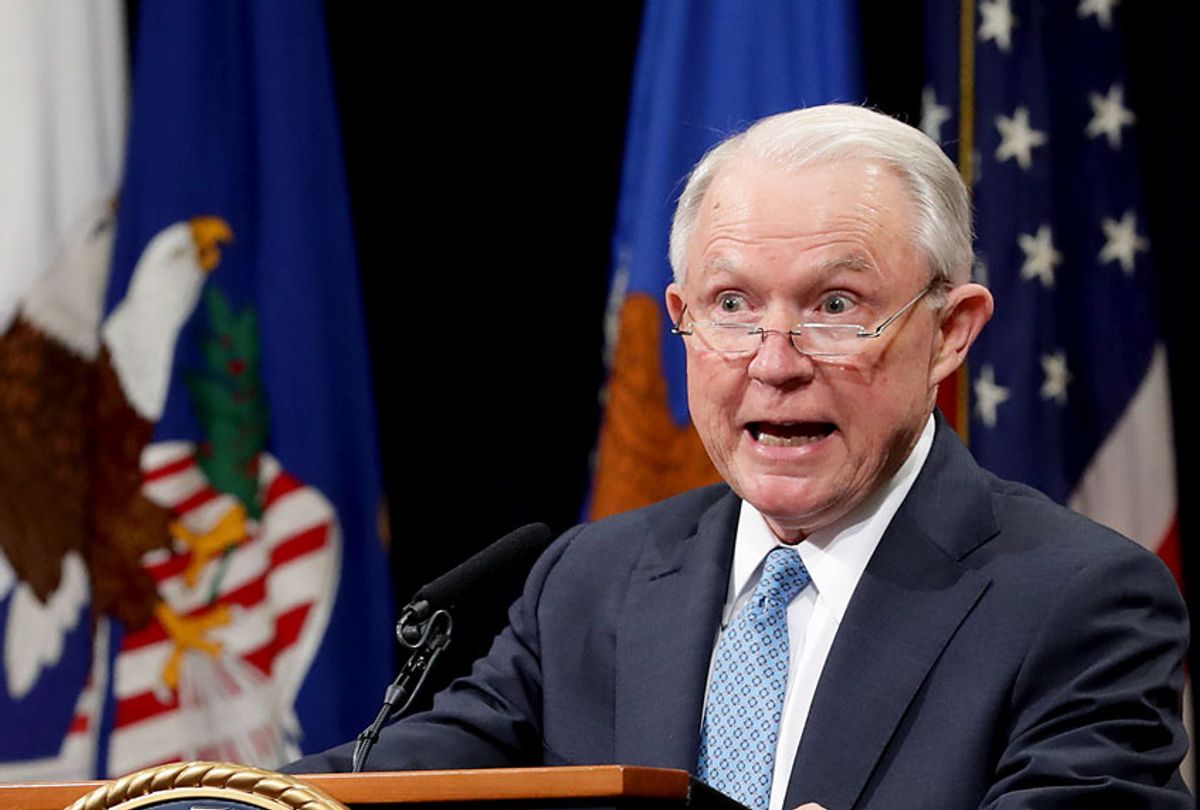 Former Attorney General Jeff Sessions is expected to announce Thursday that he intends to run for his old Senate seat in Alabama, potentially setting up a high-profile battle with his former boss, President Donald Trump.

Sessions, who has not run in a competitive race since his first bid for the Senate in 1996, has reportedly been made aware that Trump intends to campaign against him. If he runs, he would be working to mount a political comeback without support from the White House, Senate Majority Leader Mitch McConnell, R-Ky., or the Senate GOP's campaign arm. He must file papers to declare his candidacy Friday by 5:00 p.m local time.

Sessions' former seat is currently held by Democratic Sen. Doug Jones, who defeated controversial former Judge Roy Moore, a Republican, in a 2017 special election. Jones, the first Democrat to represent the Yellowhammer State in 25 years, is considered the most vulnerable incumbent in the Senate.

Republicans view retaking the Alabama seat in the once-reliably red state as a top priority in 2020. If he runs, Sessions would enter a crowded primary field that already includes Moore, Rep. Bradley Byrne, Alabama Secretary of State John Merrill and former Auburn University football coach Tommy Tuberville, among others. But given his widespread name recognition, Sessions would likely enter the race as the presumed frontrunner and clear out most of the primary field.

Sessions was the first sitting senator to endorse Trump's presidential campaign. Though he was an early supporter of the president, he has endured public attacks from Trump ever since he recused himself from the investigation into Russian interference in the 2016 presidential election. Trump, who has railed against the investigation and labeled it a "witch hunt," has called his decision to nominate Sessions as the nation's top law enforcement official the "biggest mistake" of his presidency.

Sessions was ultimately forced out of his role in November 2018, a day after the midterm elections in which Democrats seized control of the House of Representatives and positioned themselves to block much of Trump's agenda and investigate his administration. Over the past few months, House Democrats have consolidated findings from those probes to formalize an impeachment inquiry against Trump.

It remains unknown how Trump's repeated criticism of his former attorney general would influence a Sessions campaign.

Despite nearly two years of being admonished by Trump, Sessions, who has largely stayed out of the public eye since his unceremonious departure, reiterated his support for the president in a speech last month.

I still do support him," Sessions said. "He is relentlessly and actually honoring the promises he made to the American people."

Senate Majority Whip John Thune, R-S.D., said last month that he thinks Trump and Sessions could "look past some of their differences" if it meant his former attorney general could recapture help Republicans maintain control of the upper chamber by recapturing his old Senate seat.

"I think, in the end, it's going to be dependent on winning that seat, and I think the president will be very interested in having a Republican majority in the Senate," Thune went on. "And if Sen. Sessions looks like the person that can move that seat into our column, then I'm guessing they will probably look past some of their differences."

Thune, the No. 2 Republican in the Senate, praised Sessions as "someone who I think can win in Alabama." He added, "He obviously has a lot of experience and seniority he brings to the campaign, and then if he's successful can add to the Senate."