Americans don't want to "tear down the system," Obama said. Uh... has he seen the system lately? 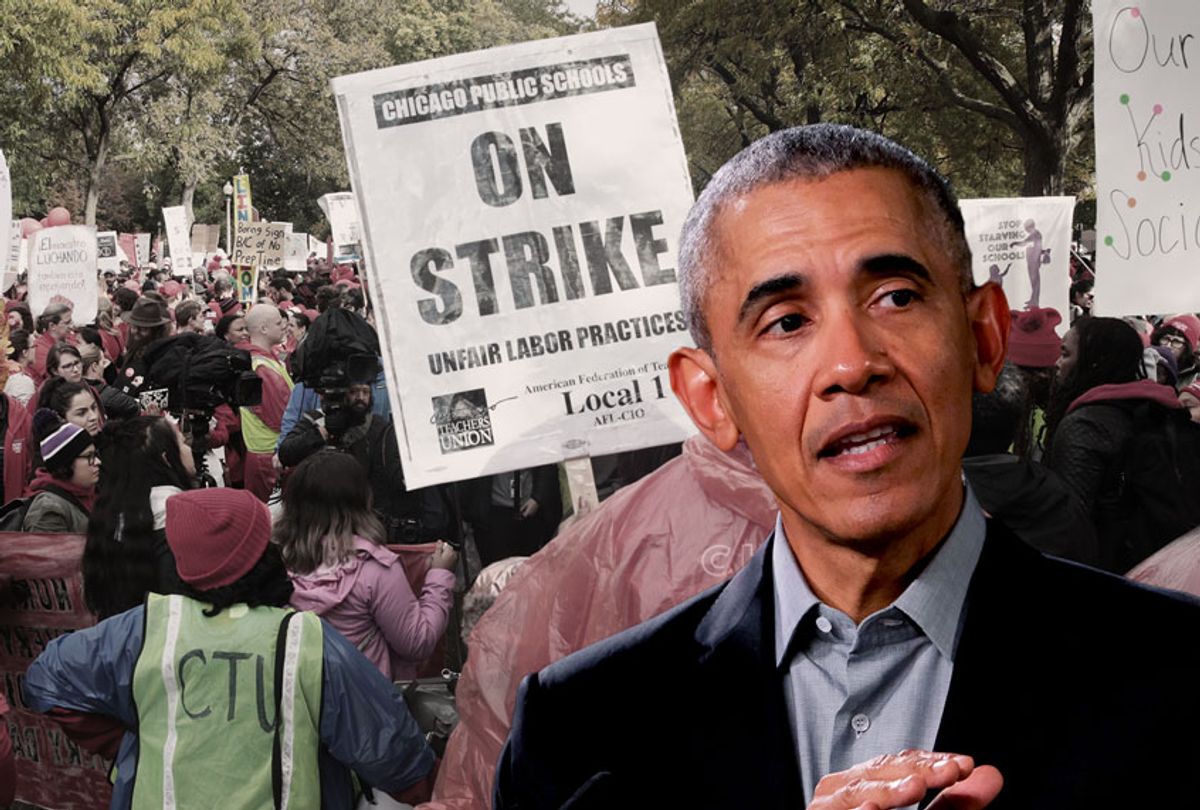 Former President Barack Obama recently made comments that have been interpreted as a warning that Democrats must not veer too far to the left — for instance, by supporting presidential candidates like Senators Bernie Sander or Elizabeth Warren in 2020.

Specifically, Obama said that his party must recognize that “the average American doesn’t think we have to completely tear down the system and remake it.”

Considering that he headlined a recent Democratic National Committee (DNC) fundraiser on Nov. 21 in Silicon Valley, where ticket prices ranged from $10,000 to $355,000, one has to wonder just how many “average Americans” the former President crosses paths with.

In trying to tip the party towards moderation, Obama said Democrats’ “ultimate goal is to defeat a president and a party that has…taken a sharp turn away from a lot of the core traditions and values and institutional commitments that built this country.”

The problem with that analysis is that it fails to appreciate how that established order — the one that former President Obama is so nostalgic for — made Donald Trump possible. Under Obama’s leadership — and both Bushes’, and Clinton’s, and Reagan’s — the elites became disconnected from the circumstances of the vast majority of a country that was, and still is, in decline.

Obama also fails to account for the convergence of several troubling socio-economic and ecological trend lines that have grown even more problematic since he left the White House.

President Obama’s decision to bail out Wall Street at the expense of the poor- and working-class had generational consequences. The destruction of trillions of dollars in family wealth accumulated over decades coincided with an ever-accelerating concentration of wealth that has only worsened under Trump.

Hence, some of the Rust Belt states that voted for President Obama twice flipped for Donald Trump. Likewise, Recession-era foreclosures resulted in a catastrophic loss of African American household wealth, meaning hundreds of thousands of Obama voters sat out 2016.

In a bitter irony, the historic victory of the first African American president to win the White House coincided with hundreds of thousands of African Americans losing theirs.

To this day, foreclosure continues to wreak havoc on families, particularly in communities of color like Newark, New Jersey, where activist Fredrica Bey has been working for years to get a foreclosure moratorium and hold banks like Wells Fargo accountable.

“President Obama, whom I voted for twice, did more damage bailing out the banks and leaving us in the lurch, damage that will most likely hold for decades — unless we elect someone like Elizabeth [Warren] or Bernie [Sanders],” she told Salon over email. “Thank God they are both in the top five, if not the top four.”

She continued: “Elizabeth Warren, [recently deceased Rep.] Elijah Cummings (God bless him), and [Rep.] Maxine Waters [D.-Calif.] are the only ones in the last two administrations that have done everything in their power to give much needed assistance and hold banks accountable.”

Since the 1970s, American wage earners have been losing ground regardless of which party was in control. In place of gains in earnings, we were given access to ever-increasing levels of household debt.

Our citizens are shackled by $1.5 trillion in student debt, most of it held by the youngest two generations. The life experience of these young people is bookended by 9/11 and the Great Recession.

The level of wealth inequality has so stratified American society that no less an establishment figure than Jerome Powell, the chairman of the Federal Reserve, warns that it is the nation’s most pressing economic challenge.

Hardly a Marxist, Powell has said that the United States is no longer the world’s leader in upward mobility providing the opportunity for those in poverty to raise themselves up into a better circumstance for themselves and their families. That’s certainly true statistically: studies have found that a number of nations, including Britain, France, Sweden, and even Italy, score far higher on indices of social mobility.

From our declining life expectancy to the spike in youth and teen suicides, we’ve been a nation on gradual decline badly in need of some kind of unifying social cohesion that might help us face big challenges.

“Despite spending more on health care than any other country, the United States has seen increasing mortality and falling life expectancy for people age 25 to 64, who should be in the prime of their lives,” reported the Washington Post. “In contrast, other wealthy nations have generally experienced continued progress in extending longevity.”

The planet is in full blown ecological crisis; prophetically, there is intense competition for firefighting planes that can dump water on wildfires.

Sorry to report, Mr. Obama, but 2020 just can’t be another down-the-middle fence straddle. Politics as usual is how we got here.