Hillary Clinton weighs in on Trump apologist Lindsey Graham: "It's like he had a brain snatch" 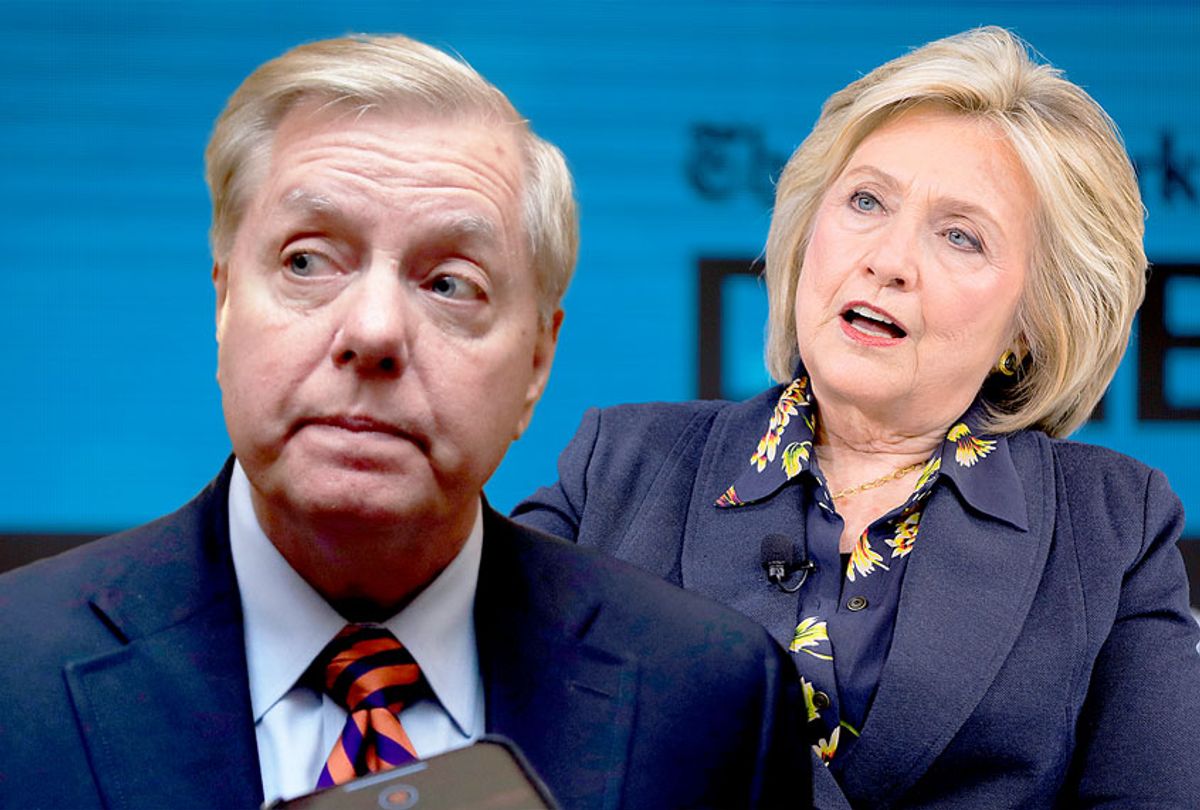 After remarking on how Clinton had close relationships with many Republican senators prior to her run for president in 2016 which soured during her campaign, radio host Howard Stern asked the first woman to appear at the top of a major party ticket about Graham.

Clinton began by noting that the South Carolina senator was once “good company. He was funny. He was self-deprecating.”

She added, “He also believed in climate change back in those days.”

After Stern expressed incredulity, Clinton added: “He was concerned about the future, absolutely. I saw him as somebody who, you know, had been working to try to figure out what he believed and how he could do things.”

When asked if Graham had sold his soul to the devil, Clinton replied that she was unsure. Nonetheless, she conceded that Stern had asked  “a fair question.”

“What I don't understand is how [Graham] went from being the friend and the real confidant of the Maverick — John McCain — who, you know, I didn't agree with politically, but I found him to be a man of integrity, a man of real strength of conviction,” she added.

After commenting on how in 2006 Graham wrote a tribute to Hillary Clinton for Time magazine, Clinton concluded by asking, “It's like he had a brain snatch, you know?”

Graham has emerged as one of Trump’s most outspoken supporters in the Senate, even though he once criticized the former reality TV star during the 2016 election for being a “jackass.” Since then, Graham has backed Trump during a number of controversies, from his appointment of Brett Kavanaugh to the Supreme Court through the current impeachment inquiry.

There have been recent occasions when Graham has indirectly criticized the president. Earlier this week, he spoke out against the unsubstantiated conspiracy theory invoked by Trump which claims that Ukraine meddled in the 2016 presidential election.

"I've got no doubt that it was the Russians who stole the DNC emails,” Graham told CNN. “It wasn't Ukraine. Russia was behind the stolen DNC emails, and [John] Podesta and all that good stuff."

Graham also spoke out against Trump’s decision to withdraw U.S. troops from Syria, telling “Fox & Friends” in October that “this impulsive decision by the president has undone all the gains we’ve made — thrown the region into further chaos. Iran is licking their chops. And if I’m an ISIS fighter, I’ve got a second lease on life. So to those who think ISIS has been defeated, you will soon see.”