Trump repeats attacks on windmills, saying they are "noisy" and "kill the birds"

The president criticized windmills in a Saturday speech, repeating his earlier oratorical criticisms of windmills 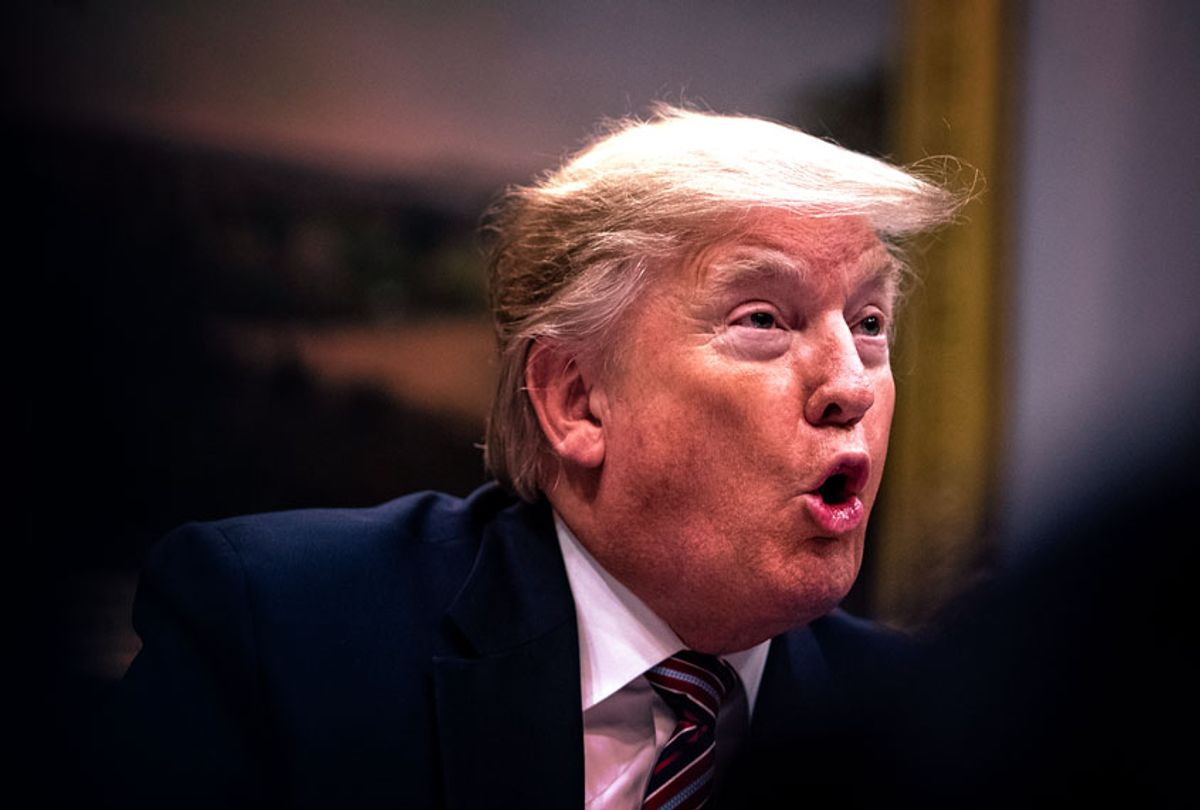 President Donald Trump repeated one of his more infamous claims during a speech on Saturday to the Turning Point USA conference in West Palm Beach, Fla. — namely, that windmills are a major problem in the United States.

“They are noisy. They kill the birds,” Mr. Trump said when speaking of windmills in the address to the gathered young conservative activists, according to The New York Times. “You want to see a bird graveyard, go under a windmill someday. You will see more dead birds than you’ve ever seen in your life.”

The president also claimed that windmills have killed bald eagles in California and produce noxious fumes when being manufactured, according to the Miami Herald. At the same time, the president hailed his own environmental record, telling the audience that "our numbers environmentally are better than they ever were before. I want the cleanest water on the planet. I want the cleanest air anywhere."

This is not the first time that the president has fixated on windmills in his speeches. In April he told a National Republican Congressional Committee dinner that "if you have a windmill anywhere near your house, congratulations, your house just went down 75 percent in value, and they say the noise causes cancer."

The president has also raised eyebrows recently by launching into tirades about the supposed vexations caused by other seemingly innocuous objects, including toilets and dishwashers.

Earlier this month, Trump told reporters at the White House that "we have a situation where we're looking very strongly at sinks and showers and other elements of bathrooms where you turn the faucet on — and areas where there's tremendous amounts of water, where the water rushes out to sea because you could never handle it, and you don't get any water."

He added, "You turn on the faucet and you don't get any water. They take a shower and water comes dripping out. Just dripping out, very quietly dripping out. People are flushing toilets 10 times, 15 times, as opposed to once. They end up using more water. So the EPA is looking at that very strongly at my suggestion."

Last week Trump had similar comments about the dangers of dishwashers.

"Remember the dishwasher? You'd press it. Boom! There’d be like an explosion. Five minutes later, you open it up. The steam pours out,” Trump said.

Trump's comment about dishwashers was criticized at the time for being sexist, with former Sen. Clarie McCaskill of Missouri tweeting that “frankly this comment tells you a lot about how elite this guy is. And sexist. He’s never run a dishwasher. And thinks only women do. Btw dishwashers today work great. Much better than they used to. What an idiot.”

Molly Jong-Fast of The Daily Beast tweeted that “Trump’s weird obsession with dishwashers and low flow toilets is so incredibly soul crushingly on brand I can’t stand it....”