Gervais took on Felicity Huffman and the college admissions scandal, the #MeToo movement and claims of hypocrisy 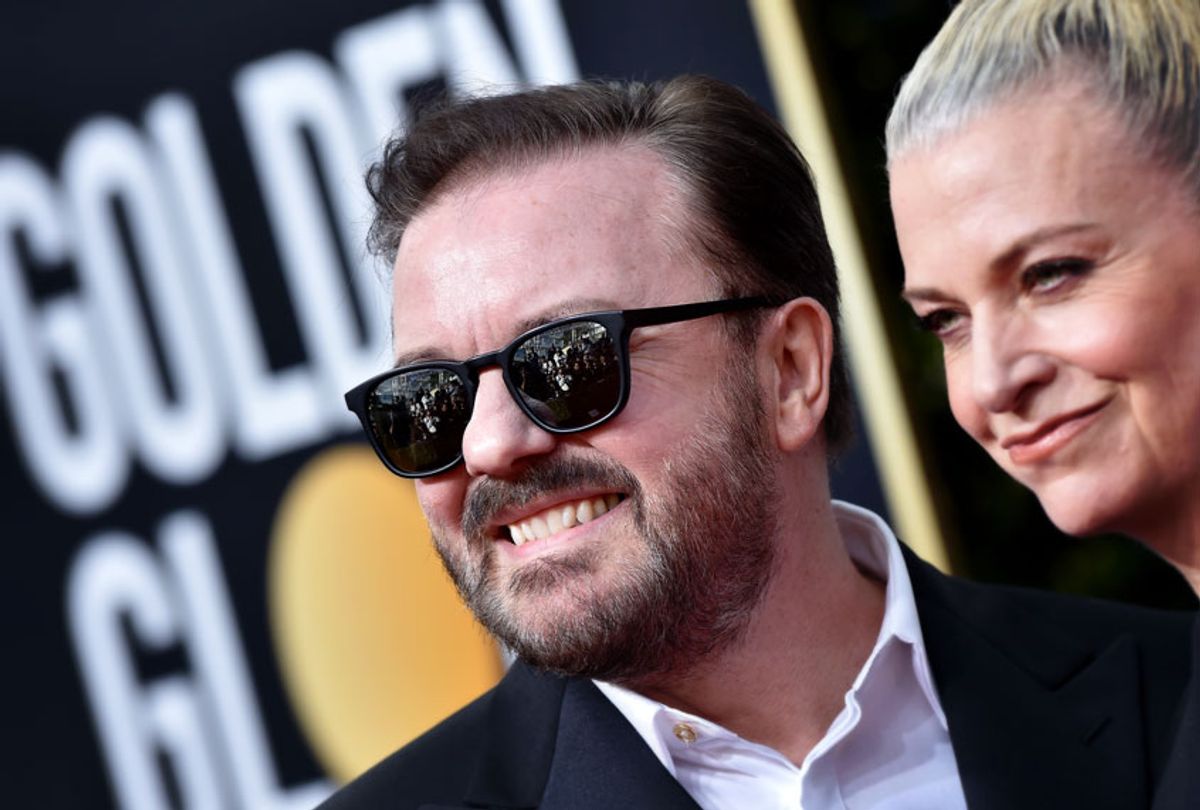 British stand-up comedian Ricky Gervais took direct aim at the Hollywood audience sitting directly in front of him at the Golden Globes on Sunday, giving a disclaimer that his biting monologue would be all the more notable because it was his last time hosting the star-studded awards ceremony.

Huffman made headlines in 2019 for paying $15,000 for someone to improve her daughter’s SAT exam results. After pleading guilty to fraud and conspiracy, Huffman served 11 days in prison in October.

Gervais later claimed that the person he really felt sorry for Huffman’s daughter, joking that “that must be the most embarrassing thing that's ever happened to her — and her dad [actor William H. Macy] was in 'Wild Hogs.'"

"Tonight, isn't just about the people in front of the camera. In this room are some of the most important TV and film executives in the world — people from every background. But they all have one thing in common: They're all terrified of Ronan Farrow,” Gervais joked.

The comedian also acknowledged the suspicion held by many that sex trafficker Jeffrey Epstein had not committed suicide. After noting that his TV series “After Life” had been renewed, Gervais joked that the main character “didn't kill himself — just like Jeffrey Epstein."

When the audience groaned, Gervais quipped: "Shut up! I don't care! I know he was your friend, but I don’t care."

The comedian also brought up the number of films released in 2019 documenting alleged sex crimes against popular entertainers, including the late Michael Jackson and R. Kelly.

Gervais also urged attendees not to discuss politics in their acceptance speeches, claiming that it would be hypocritical because many of them work for companies which do business with China.

Despite his comment, actors Joaquin Phoenix and Russell Crowe addressed global warming in their speeches, Michelle Williams discussed abortion rights and Patricia Arquette took up a a number of issues, including what she feared was a possible impending American war with Iran.