“Pence does indeed know the guy," Joseph Bondy said as he shared a clip of Parnas holding the hand of the VP's wife 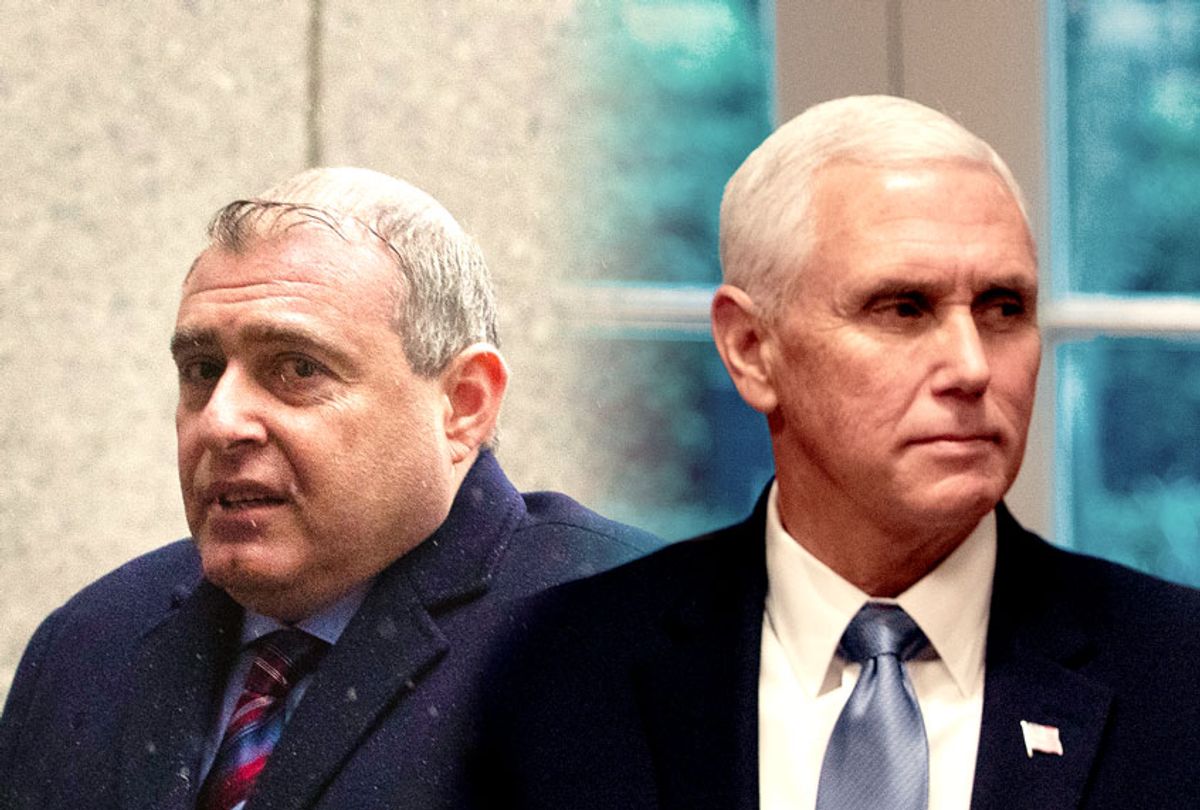 "Pence does indeed know the guy," Parnas attorney Joseph Bondy wrote on Twitter as he published a 23-second clip of Parnas alongside Pence and his wife.

The video, set to the song "September" by Earth, Wind and Fire, shows Parnas holding Karen Pence's hand before she says something to him and pats him on the back. Parnas is seen extending his hand toward Pence, apparently waiting for a handshake.

Bondy provided no details about the context of the video but added a quote from European Union Ambassador Gordon Sondland's testimony to Congress, in which he said that "everyone was in the loop" on the Ukraine scheme that led to President Donald Trump's impeachment.

As he urges Congress to allow Parnas to testify, Bondy has shared numerous videos, all set to catchy tunes, showing his client meeting with the president, as well as his family members, Cabinet officials and congressional allies.

Bondy published the video of Pence after the vice president denied knowing Parnas.

"I don't know the guy," Pence told reporters, calling Parnas' claim that he was aware of the Ukraine scheme "completely false."

Parnas, who was indicted on charges of illegally funneling foreign money to Republicans, told MSNBC's Rachel Maddow last week that Pence was aware of the effort to pressure Ukraine to investigate former Vice President Joe Biden.

"I'm going to use a famous quote from [Ambassador Gordon] Sondland," he said. "Everybody was in the loop."

Parnas told Maddow that Pence canceled his scheduled trip to attend Ukrainian President Volodymyr Zelensky's inauguration after Parnas warned an aide of Zelensky that the vice president would not attend if an investigation into Biden was not announced.

"The announcement was the key at that time because of the inauguration, and I told him Pence would not show up, nobody would show up to his inauguration," Parnas said. "It was particularly Vice President Mike Pence."

"It was after my phone call. The conversation that I laid out to Mr. Schafer was basically what I was told to do by Giuliani and the president," Parnas said. "And then afterwards, I got back to them, saying he was going to get back to me later tonight."

Parnas said that Schafer blocked his number on WhatsApp.

"These allegations are being made by a man who is currently out on bail for federal crimes and is desperate to reduce his exposure to prison," she said. "The facts haven't changed: The president did nothing wrong and this impeachment, which was manufactured and carried out by the Democrats has been a sham from the start."

But Jennifer Williams, Pence's top adviser on Russia, testified to Congress that she was surprised when Pence's trip to the inauguration was abruptly canceled and learned that the move was directed by Trump himself.

"My understanding from my colleague — and, again, I wasn't there for the conversation — was that the president asked the vice president not to attend," she testified.

Former Energy Secretary Rick Perry traveled to the inauguration in his stead.

Parnas said Giuliani later "blew his lid" when Zelensky failed to mention the Bidens when he announced a wide-ranging corruption investigation.

"It wasn't supposed to be a corruption announcement," Parnas said. "It [had] to be about Joe Biden and Hunter Biden."