Our primaries have a zombie problem: Early voters for drop-out candidates shouldn't lose their voice 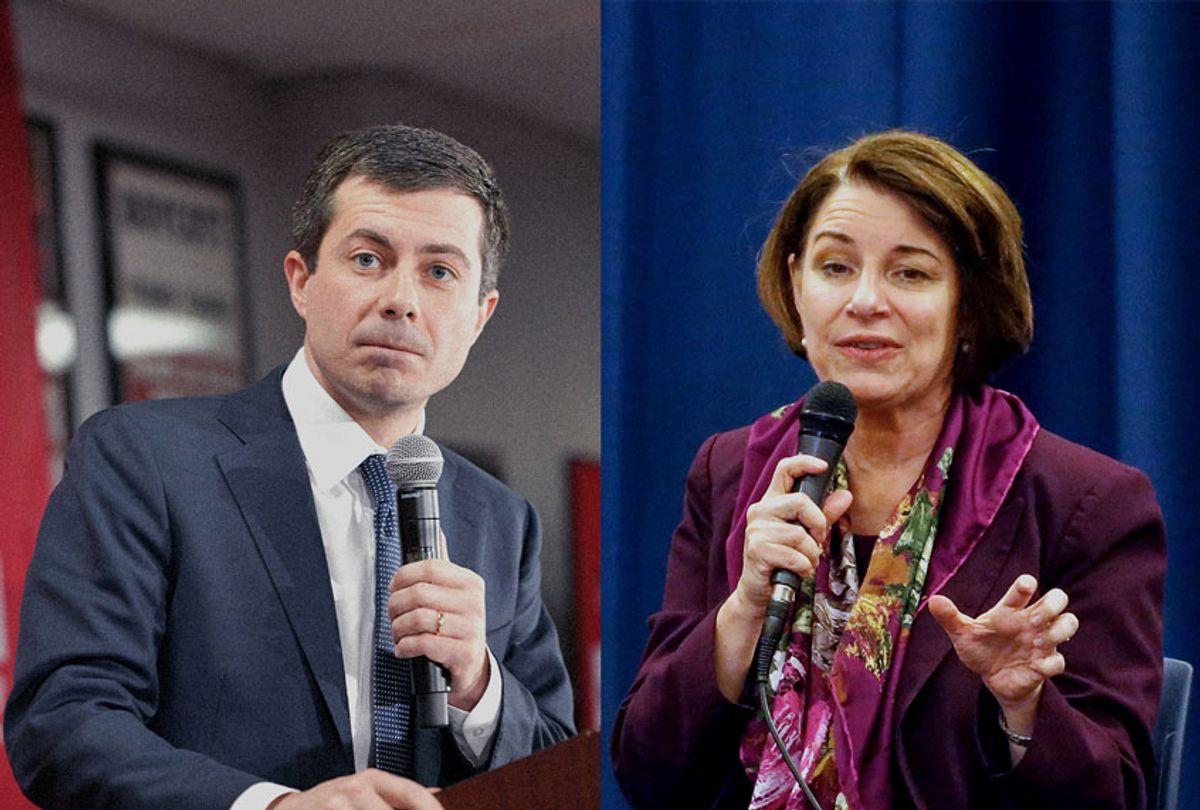 Early voting in California began the day before the Iowa caucus. This was so long ago that Iowa Democrats still had faith that a new application would allow them to report the results immediately.

Here's what else happened over the last month: Pete Buttigieg emerged from Iowa with the most state delegate equivalents, but Bernie Sanders won the popular vote, allowing them both to declare victory. Sanders then edged Buttigieg in New Hampshire, with Amy Klobuchar a surprise third.

Joe Biden, left for dead after Iowa and New Hampshire, looked to be surpassed in the moderate lane by Michael Bloomberg, until he ran into a knives-out Elizabeth Warren and looked unprepared to debate. Sanders easily captured Nevada. Biden's support among black voters delivered him a comeback win in South Carolina. And that landslide victory encouraged moderates to rally around him: Buttigieg and Klobuchar dropped out and endorsed the former vice president.

So what happens if you're among the two-thirds of California voters who cast your ballot early, and went with Buttigieg or Klobuchar, who departed the race on Sunday and Monday, respectively, or Tom Steyer, who shuttered his campaign after finishing third in South Carolina?

What happens if you're one of the 1 million early voters in Texas? Or the hundreds of thousands who cast an early ballot in Colorado? Or one of the tens of thousands of soldiers serving overseas who were mailed ballots more than six weeks ago? Or the additional millions of early voters across the 12 other states holding a primary today?

You're out of luck. Now a vote cast early for Buttigieg — the winner of the Iowa caucus — Klobuchar, or Steyer is suddenly a vote wasted. Early voters for Andrew Yang? Coloradans who went ride or die for your senator, Michael Bennet? You're voiceless, too. There are no do-overs or second chances if your candidate decides — without the courtesy of a heads-up — that he or she is going to exit the field before Super Tuesday.

Read the news this morning from across the Super Tuesday states, and there's a drumbeat of lamentations from voters who took a stand with a candidate who has now walked away.

This is heartbreaking. We should do everything we can to make it easier for Americans to vote, and early voting means shorter lines, more flexibility for those who work long hours, and greater ease for people with children or other care-giving responsibilities. But voting early shouldn't mean that you can lose your voice.

Used in Maine and more than 20 cities, RCV is a simple fix with a big impact: Voters rank their favorite candidates in order, one, two three. If your first choice drops out, the candidate doesn't lurk on the ballot like a vote-munching zombie from "The Walking Dead," denying you of a meaningful vote simply because you exercised your right to vote early. In that scenario, your vote simply moves to your next choice. It's not only common sense, it makes our elections more fair and functional.

When Buttigieg and Klobuchar got out this week, they both decided to endorse Biden. But according to a Survey USA/FairVote poll conducted last week, Buttigieg's supporters actually split evenly between Biden and Sanders as their second choice. Why is it that Buttigieg gets to make his second choice count, but the hundreds of thousands of people who believed in him now have their vote stranded?

By the end of March, we can expect more than a million votes to be counted for withdrawn candidates because voters voters were only given the option to vote for one candidate. This is why RCV is the only way to make early voting truly work in presidential primaries that can be so fluid from one day to another.

RCV has additional virtues. If parties embraced it for presidential primaries, voters — not superdelegates or party insiders — would be empowered to determine which candidate is  the most electable. Simulating an instant runoff, RCV would determine a majority nominee from a large field, putting an end to polarizing winners. Candidates would have to reach beyond their base in order to build coalitions; the scorched earth tactics within the progressive and moderate lanes currently creating such enmity would be counter-productive. The field wouldn't have to winnow prematurely to four candidates in their 70's before 46 states vote.

Nevada early voters got to use RCV ballots, and they turned out in droves, making up more than two thirds of caucus turnout. On April 4, Alaska Hawaii, and Wyoming will hold their vote-by-mail primaries with RCV, as will Kansas Democrats on May 2. Their ballots will be cluttered with withdrawn candidates — but RCV means early voters won't be punished and candidates will be rewarded for seeking to build consensus.

The 2020 Democratic primary is just the latest in a series showing exactly how flawed this process has become for both parties, and how fundamentally unmatched our voting system is in an era of large fields and ideological polarization. RCV is a common sense fix. State legislatures across the nation should embrace it — and give millions of voters their voice back.