My pandemic viewing habits have changed from true crime and zombies to ridiculous skits. Dingle dangle! 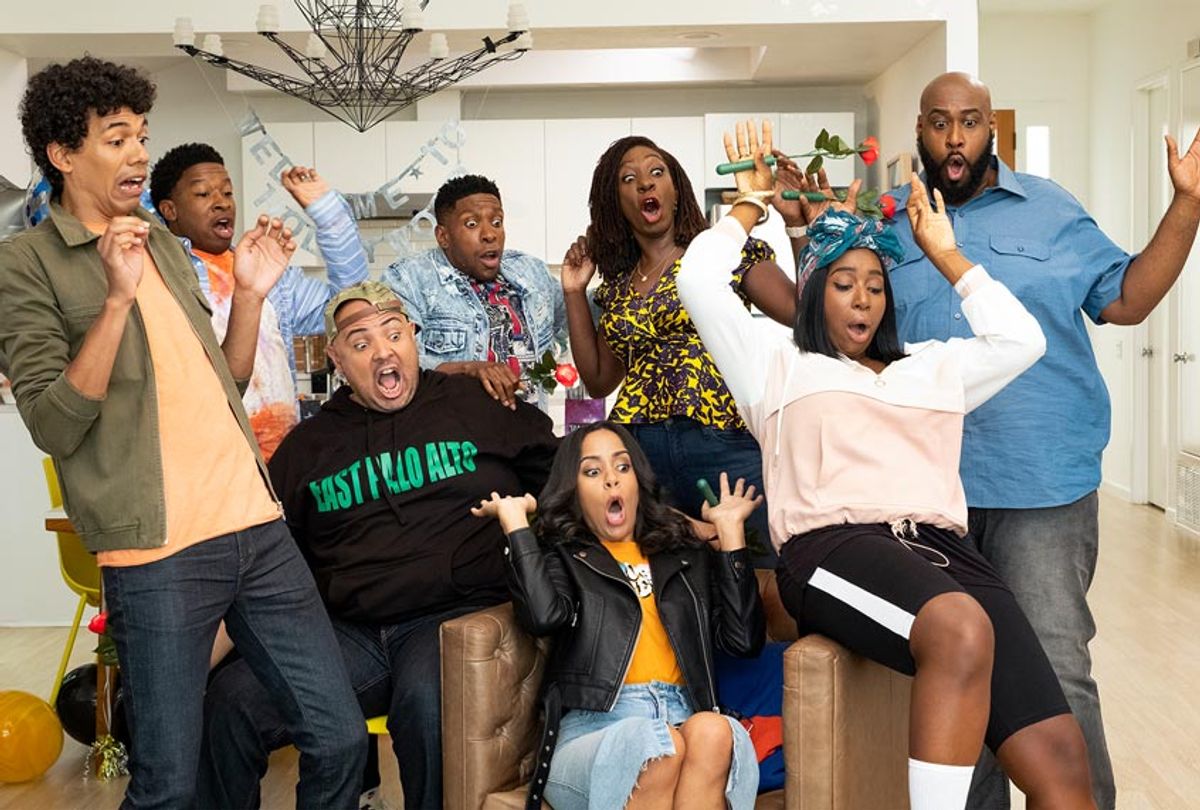 The way we've been coping has changed, even from what we thought would make us happy, like having what turns out to be exhausting virtual cocktail hours. Over the last few weeks, I've developed what I've heard called "quarantine brain." It's kind of like being on a heavy dose of cold medicine while also taking an hourly shot of espresso; mentally dull with some spikes of anxiety.

There's a simple explanation for this, and Corinne Purtill put it quite succinctly for the New York Times: "Stress, like a pandemic, puts our brains into 'fight or flight' mode, disrupting attention, memory, breathing and sleep."

It's a normal response, but one that has steadily changed my viewing habits outside of work. Quarantine content — like "Contagion" and "Pandemic: How to Prevent an Outbreak" — are out for me. Anything that's too heavy or involved, like my typical true crime picks, has moved to the bottom of my Netflix queue.

Right now, all my quarantine brain wants is sketch comedy. It's short, fast-paced and — while many current shows grapple with systemic and political issues — are removed enough from the current news cycle. If you're looking for something similar,  especially in the absence of a regular dose of "Saturday Night Live," here are my picks:

For the past week, I've been walking around my apartment, occasionally remarking to myself "I'm Cashew Albacore. Dingle dangle!" Cashew is just one of the characters created by actress and comedian Iliza Shlesinger. He's like a portly, demented Gorton's Fisherman with a taxidermied badger and neck wound.

Shlesinger's new Netflix show is a fast-paced mix of sketches featuring these bizarre recurring characters and sketches that poke fun at the current streaming landscape. The series opens on what looks like a Netflix menu and scrolls past options like "Most Medium House," "Should I Post This?" and "Top Knot, Laugh, Love," before finally settling on "Female Jackass."

This is one of the recurring sketches throughout the six-episode series in which the all-women cast do things that "hurt" like ringing their ex-boyfriend's doorbell and posting up-close selfies without makeup. There are also infomercials for the "Ripped Fat Dude Workout" and "Mom Alerts."

Each episode runs about 20 minutes, and since we're all watching more television right now, is a perfect way to laugh about our quarantine viewing habits.

This Kenya Barris-produced sketch comedy show features, you guessed it, the Astronomy Club, the first all-black house team at the Upright Citizens Brigade. Set against the backdrop of a fake "Big Brother"-esque show, "Astronomy Club" immediately found its sweet spot by navigating wry social commentary — like the sketch when Robin Hood gets a lesson on the intersections of race and class when he attempts to rob a wealthy black family — and wild observational humor, like when a man attempts to date despite his "resting creep face."

And when the cast blends those two driving themes, like in the "Bodegas & Dragons" sketch, it is – chef's kiss – perfection.

The best way to describe the magic of "A Black Lady Sketch Show" is through the lens of one particular sketch, "Cool Handshake Teacher Needs a Win," which Tamara Beauboeuf-Lafontant wrote about for Salon in 2019.

The sketch begins with a black middle-school teacher attempting to empower her class of black girls with handshakes and the affirmation, "I am smart, I am tough, I will always be enough." They aren't super invested in the routine, and instead are curious why she has abruptly shifted to using her maiden name (and why their newly graded quizzes are obviously wrinkled from tears).

"To their pointed questions, Ms. Miller reacts with denial, defensiveness and attempts to power over the girls before admitting — with melodramatic anger and tears — that she is reeling from her husband's infidelity," writes Beauboeuf-Lafontant. "After this catharsis, a girl stands on her chair — riffing on the 'O Captain! My Captain!' scene from the movie 'Dead Poets Society' — to solemnly repeat the slogan back to the teacher and engage her in a cool handshake."

Emotional, right? Yeah — until the screen darkens and reveals the skit was a state lottery ad for "When you really need a win."

Led by Robin Thede, Ashley Nicole Black, Gabrielle Dennis, and Quinta Brunson, "A Black Lady Sketch Show" is a blend of nuanced observations about the systemic invisibilities and challenges of women of color and side-splitting sketch premises.

You probably know Arturo Castro from his scene-stealing character Jaime on "Broad City" or as his turn as David Rodríguez on "Narcos," but in "Alternatino," he takes what he's learned navigating life as a Latin millennial in the U.S. — and then adds in robots, dad energy and border patrol officers, to hilarious effect.

Castro's show gently pokes fun at some stereotypes as a way to upend them, like in the sketches when his date fetishizes "Latin lover" machismo or a white coworker nearly breaks her back attempting to roll the 'R's' in his name. In other sketches, he's a little more pointed, like in the standalone sketch that has all the trappings of a farm-to-table commercial, until you realize it's about an "official" policy centered around treating migrant children like veal.

"I Think You Should Leave with Tim Robinson" (Netflix)

From ex-SNL cast member Tim Robinson, "I Think You Should Leave" is disorienting, but in the best of ways. The first sketch starts with a man (Robinson) leaving a meeting with a man he deeply wants to impress professionally, but then he accidentally pulls on a "push" door. Instead of admitting his mistake and, you know, pushing the door open, he opts to strain against the handle for a really awkward amount of time. Like, consider how long you think that sketch should last, and then add two minutes.

The handle finally breaks, along with the tension, but then you're immediately plunged into another similarly paced scenario — Robinson plays a compensation lawyer who lays out an increasingly specific scenario in a commercial.

It begins with a broad premise: Have exterminators ever messed up your house? If so, you may be entitled to compensation. But then it gets weirder, as he lays out how the exterminators came into the house, spent too much time in your bathroom, surreptitiously swapping out your toilet for a new toilet that has a hole too small to actually flush. "Has that ever happened to you? If so, you might be entitled to compensation."

A note: I typically have a pretty high tolerance for cringe-inducing content — it's something I actually seek out — and there are times where "I Think You Should Leave" is a tick too far for me. That said, I'm just glad that it's making me feel something other than pandemic-induced existential dread.