The hype over Moderna's phase 1 trial of a coronavirus vaccine was largely hot air. Here's why 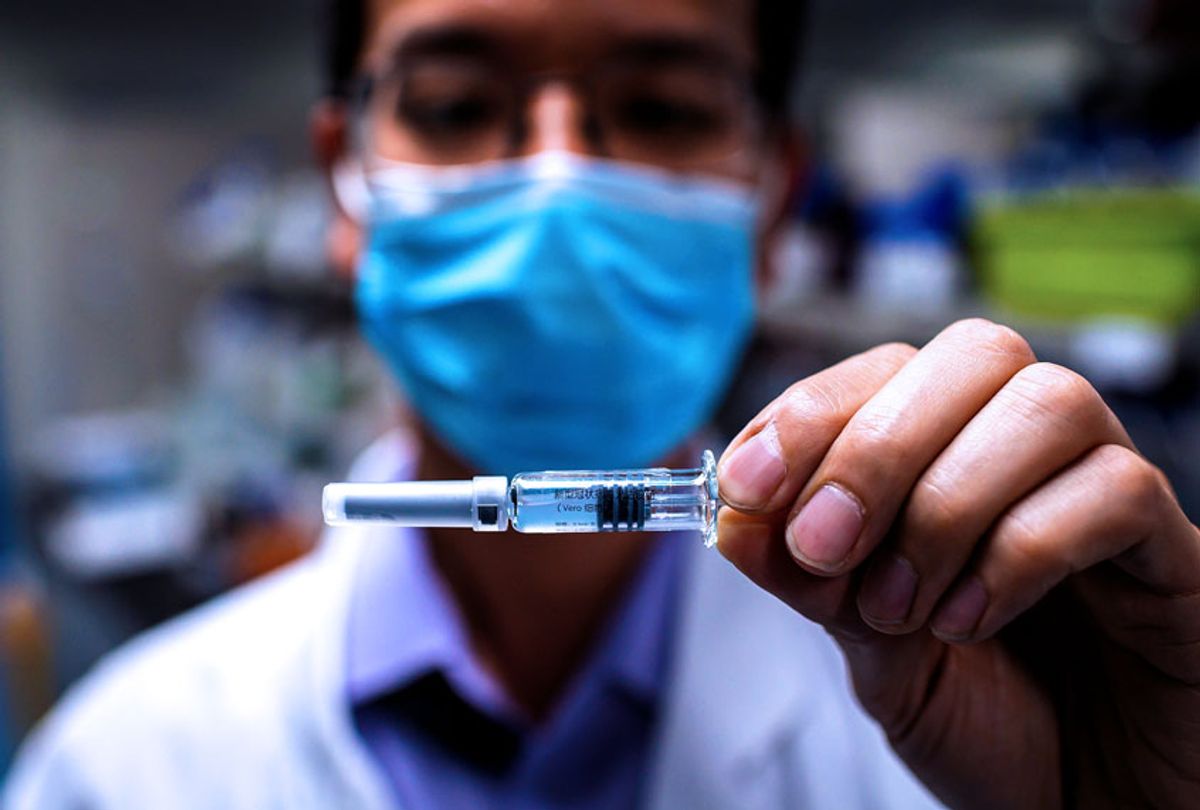 Promising early results released Monday from a phase-1 COVID-19 vaccine trial by the biotech firm Moderna led to a rare optimistic wave of media attention. The news adorned headlines at media outlets like CNN and the New York Times, leading many pundits and civilians alike to shout "good news!" from their Twitter feeds. Hope soared so high that Moderna's stock valuation also soared to $29 billion.

Yet within twenty-four hours, investors, experts and scientists all began to sour on the announcement. The vaccine trial, it seems, was an excellent example of how hype and hope can lead to premature celebration. And Moderna's speculative vaccine is still far from a sure thing.

"It is still uncertain whether the Moderna vaccine will be safe and effective,"  Frank Lichtenberg, a Professor of Business Healthcare and Pharmaceutical Management Program at Columbia Business School told Salon. "Drug and vaccine development are always subject to a high degree of uncertainty."

In collaboration with the National Institute of Allergy and Infectious Diseases, and half a billion dollars from the U.S. government to speed development of a vaccine, Moderna's phase 1 results demonstrated what happened after 45 healthy volunteers between the ages of 18 and 55 received varying doses of the mRNA coronavirus vaccine. This type of vaccine is intended to give a patient's cells a metaphorical building manual to create the "spike" on the coronavirus, which would manufacture an antibody response similar to what happens when one is naturally infected with the virus. If it works, patients who were vaccinated would find that their bodies are able to create the immune response to ward off the coronavirus, even though they had never been infected with the coronavirus. The benefit of this kind of vaccine is that it is lower risk, as it doesn't require inducing the actual coronavirus in an attenuated form.

Moderna reported that all 45 volunteers received two doses of the vaccine. Only results from the first eight people showed that they developed neutralizing antibodies that could potentially create immunity from the coronavirus. The results were taken from those eight people via a blood draw two weeks after receiving the second dose of the vaccine.

Yet that span — two weeks — is not enough time to determine immunity from any virus, as STAT News reported today.

Scientists are also wary of a lack of data and published results from the company. That has raised eyebrows that the announcement may have been more of a PR stunt.

"I do think it's a bit of a concern that they haven't published the results of any of their ongoing trials that they mention in their press release," Durbin told STAT. "They have not published any of that."

Durbin added that she would like to see the data to make her own interpretation.

"But I think it is at least encouraging that we've seen immune responses with this RNA vaccine that we haven't seen with previous RNA vaccines for other pathogens," Durbin added. "Whether it's going to be enough, we don't know."

In an interview on YouTube, Joel Ernst, chief of Experimental Medicine at the University of California at San Francisco, explained that phase 1 or a clinical trial is primarily designed to test immediate safety of the vaccine.

"I think the results are such that they are being used to plan a next-stage, larger study with selected doses and looking at vaccine side effects that are less frequent," Ernst said. In "a small group like this you will only see frequent side effects," Ernst added.

Ernst added that he is "encouraged" but "reserved" over the Moderna trial.

Earlier this month, the Food and Drug Administration gave Moderna the green light for the second phase. According to CNN, Moderna had a jump start because the scientists at Moderna had already been collaborating with researchers from the National Institutes of Health on a vaccine for Middle Eastern Respiratory Syndrome (MERS), another coronavirus with similar genetics.

Yet skepticism of the government's bet on Moderna has not abated. As CNN previously reported, Moderna "has never brought a product to market, or gotten any of its nine or so vaccine candidates approved for use by the FDA" and has "never brought a product to the third and final phase of a clinical trial." Moderna was founded in 2010, ten years ago.

The logistics, safety testing, production and distribution efforts needed to mass produce a vaccine, in conjunction with the multiple layers of a vaccine trial, are part of a long list of barriers that make it impossible to create a vaccine overnight. Throw in the complexity of the coronavirus itself, as biologist William Haseltine explained to Salon's Matthew Rozsa, and you can see why many are skeptical of celebrating too soon.

It is notable that Dr. Moncef Slaoui, who previously served on the Board of Directors at Moderna, was selected as Chief Scientist for Trump's "Operation Warp Speed" committee. According to ABC, he has divested his holdings.

"Dr. Slaoui has resigned from his position as an independent member of the Board of Directors for Moderna," an HHS spokesperson said in a statement to ABC News. "Further, he has directed the divestiture of his equity holdings in Moderna and that sale should be effective tomorrow morning."