After Twitter's pushback, a dam is breached among social media companies defying Trump 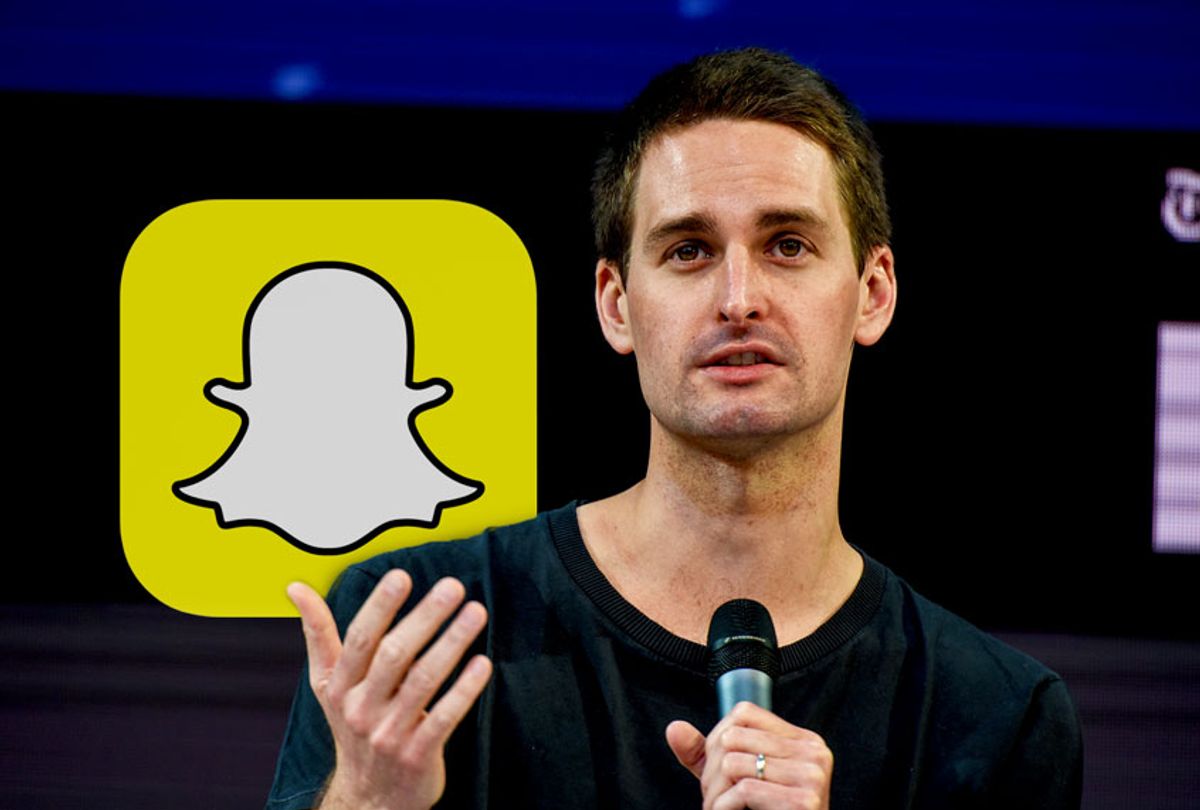 Since long before he took office, President Donald Trump has relied on social media to popularize his message, divide his enemies from his followers, and sow his specific brand of populist xenophobia around the world. Trump's success owes a lot to the nature of the medium, but it is a two-way street: as Trump rose to prominence via Twitter — and to a lesser extent Facebook and Reddit — those platforms in turn profited from the increase in eyeballs.

Yet just in the past month, there has been a sea change among social media companies in how they treat the president's propaganda spread via these platforms. Suddenly, some (but not all) are pushing back.

The most recent entry in this esteemed club is Snapchat, best known for popularizing the "stories" feature that Instagram infamously ripped off. Though it is particularly popular with Gen Z, Snapchat has emerged as a political communications hub in its own right. Users can and do follow politicians on Snapchat as they can any other brand; all brands can post montages that last for a set period of time before disappearing into the ether. Trump, or more likely his social media team, has enjoyed immense popularity on the ephemeral platform, which this week made the surprising decision to denounce him.

Specifically, the social media platform said that it would stop promoting Trump's campaign account on its "Discover" tab, which has been part of a strategy to reach the younger voters on the platform. CEO Evan Spiegel, who is generally silent in regards to the politics of his platform, wrote in a blog post: "We will make it clear with our actions that there is no grey area when it comes to racism, violence, and injustice – and we will not promote it, nor those who support it, on our platform."

In the same blog post, Spiegel spoke about his privilege as a "wealthy, white male," channeling the zeitgeist with regards to white allyship with people of color. Spiegel went on also addressed the murders of George Floyd, Ahmaud Arbery, and Breonna Taylor, and suggested the country "take action on recommendations for reconciliation and reparations," as part of a new effort to ensure the Black community is heard.

"Snapchat is trying to rig the 2020 election, illegally using their corporate funding to promote Joe Biden and suppress President Trump," Trump campaign manager Brad Parscale said in a statement. "Snapchat hates that so many of their users watch the President's content and so they are actively engaging in voter suppression. If you're a conservative, they do not want to hear from you, they do not want you to vote. They view you as a deplorable and they do not want you to exist on their platform."

Snapchat's actions mirrored Twitter's recent moves, although without spending years overthinking it. Insiders attest that Twitter CEO Jack Dorsey ignored the president's disinformation and hate-spewing campaign on his platform for years. Finally, after an onslaught of public criticism, in 2019 Twitter announced that it would label content by world leaders or public officials that broke its policies.

But that labeling policy was applied inconsistently, and not to Trump — until last week, when Twitter seemed to have a change of heart. The company hid one of Trump's tweets behind a label because it "glorified violence", and labeled two more of his tweets for spreading misinformation about mail-in ballots.  The labeling on those two tweets were part of the company's efforts to "enforce our civic integrity policy," they said. "We believe those Tweets could confuse voters about what they need to do to receive a ballot and participate in the election process," Twitter said.

These actions prompted Trump to sign an executive order aimed to revise Section 230 of the 1996 Communications Decency Act, a statute that protects online platforms from being liable for the content posted by their users. (Interestingly, some internet law experts believe Trump's move may not even have the intended effect, and could even backfire.)

Twitter's move was long overdue, and Dorsey's outspokenness is a change from January 2019, when he dismissed a question from a HuffPost journalist about how the company would handle a hypothetical tweet from Trump "asking each of his followers to murder one journalist."

"I'm not going to talk about particulars," Dorsey said then. "We've established protocol, it's transparent. It's out there for everyone to read. We have, independent of the U.S. president, we have conversations with all governments. It's not just limited to this one."

Perhaps Dorsey's meditation and fasting retreats have helped. Yet Dorsey's sudden vocal stance highlights a new divide between him and his rivals at Facebook.

Indeed, Facebook CEO Mark Zuckerberg has generally been more accepting of Trump using his platform as a free-for-all; generally, Trump's social media team posts the same messages on his platform that they do on Twitter. The company's inaction has stirred many Facebook employees to protest, or even quit in protest. Timothy Aveni, a 22-year-old Facebook software engineer, posted on Facebook he was resigning after Facebook's lack of action on Trump's when "the looting starts, the shooting starts." In a Facebook post about his resignation, Aveni said:

"Mark always told us that he would draw the line at speech that calls for violence. He showed us on Friday that this was a lie. Facebook will keep moving the goalposts every time Trump escalates, finding excuse after excuse not to act on increasingly dangerous rhetoric. Since Friday, I've spent a lot of time trying to understand and process the decision not to remove the racist, violent post Trump made Thursday night, but Facebook, complicit in the propagation of weaponized hatred, is on the wrong side of history."

I can't stand back & watch this happen to a great American City, Minneapolis. A total lack of leadership. Either the very weak Radical Left Mayor, Jacob Frey, get his act together and bring the City under control, or I will send in the National Guard & get the job done right. These THUGS are dishonoring the memory of George Floyd, and I won't let that happen. Just spoke to Governor Tim Walz and told him that the Military is with him all the way. Any difficulty and we will assume control but, when the looting starts, the shooting starts. Thank you!

A near-identical version of this post was also posted to Twitter, which appeared with a warning label slapped on it by Twitter moderators warning that it condoned violence.

Zuckerberg said in a Facebook post that he decided to take no action on this Trump post "because the National Guard references meant we read it as a warning about state action, and we think people need to know if the government is planning to deploy force."

A few days later, Zuckerberg equivocated slightly; in a new blog post on June 5, he wrote "As we continue to process this difficult moment, I want to acknowledge the real pain expressed by members of our community. I also want to acknowledge that the decision I made last week has left many of you angry, disappointed and hurt." He added that the Facebook team would "review our policies allowing discussion and threats of state use of force to see if there are any amendments we should adopt."

This week, The Center for Democracy and Technology's filed a lawsuit in response to Trump's executive order related to Section 230. The suit accuses the Trump administration of seeking to "chill the constitutionally protected speech of all online platforms and individuals." It also alleges that the order is unconstitutional under the First Amendment. The non-profit is based in Washington D.C., but includes board members from companies like Mozilla and Microsoft.