Coronavirus infections in younger people are skyrocketing — here's why

While those under 40 still have a lower mortality rate, they're suddenly contracting coronavirus in greater numbers 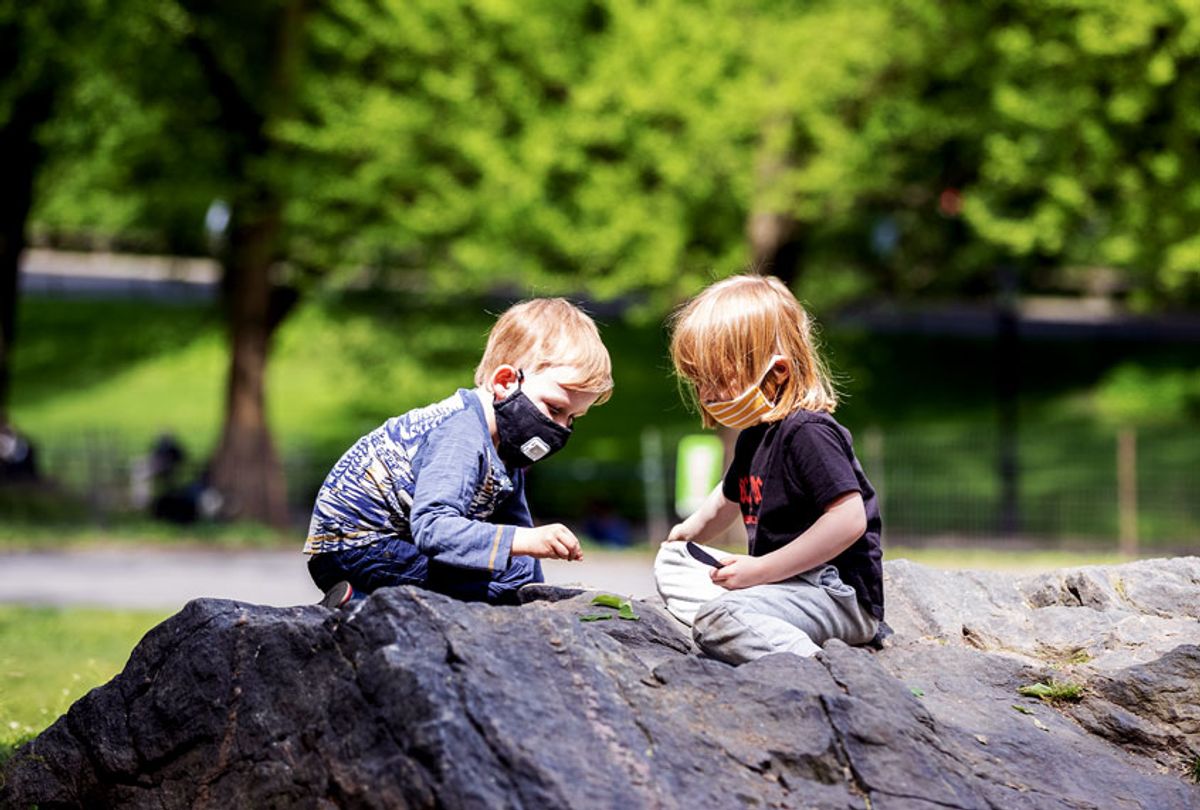 Two children wear a masks (personal protective equipment) while sitting on the rocks and playing with leaves in Central Park (Ira L. Black/Corbis via Getty Images)
--

In the initial days of the pandemic, some skeptics wrote off the coronavirus as something that mostly affected seniors. The higher death rates for the elderly, coupled with numerous stories of tragic outbreaks in nursing homes both here and abroad, contributed to that public perception.

Yet a new series of reports reveals that, contrary to conventional wisdom, the young should not assume that they are safe from coronavirus infection. Indeed, in the past two months, the rate at which people under 40 are testing positive for coronavirus has shot up in many locales. While younger people remain at much lower risk for dying of coronavirus, they can still transmit the virus to others of any age.

Such stories, of increased infection rates in young people, have been everywhere in local news. Michael Dembrow, a Democratic state senator from Oregon, shared charts with his constituents in a recent email which showed "that younger people have come to make up an increasing percentage of cases [in Oregon] as the pandemic has persisted. Those under the age of 40 now make up 40% of new COVID cases." In Orange County, Florida — where the Florida Department of Health has said coronavirus cases are on the rise — the median age for a patient has dropped from 37 years old to 35 years old. Orange County Health Officer Dr. Raul Pino told a local news affiliate that "half of all cases in the last 14 days [have] been in people between 20 and 40 years old — so the pandemic is going a lot younger."

North Dakota has an even more surprising statistic: the number of total COVID-19 cases in that state is highest among people between the ages of 20 years old and 40 years old. Richland County Public Health Administrator Michelle Eberhardt says that "a lot of that age group has been asymptomatic, so they aren't initially realizing they're sick." Meanwhile, in Mohave County, Arizona, a recent report revealed that a large number of new confirmed cases are young people: 88 of the 510 confirmed cases are citizens under the age of 30, while another 148 are between the ages of 30 and 49.

"It has only been a few months since the advent of this new infectious agent. There are still more unknowns than knowns," Dr. Henry F. Raymond, associate professor and epidemiologist at the Rutgers School of Public Health, told Salon. To illustrate his point, he noted that the virus was first publicly acknowledged by China in December, and it is currently only June. When it comes to identifying the most important characteristics of a pandemic, that is nowhere near enough time to draw definitive conclusions.

"Thirty-five years into the HIV epidemic, we still don't know things about the dynamics of HIV infection," Raymond pointed out. "We know the basics, but we actually don't know who's going to be the next group to be most at risk. To think that after December, January, February, March, April, May and June — seven months — we would have a handle on this whole thing is a little unbelievable to me."

Dr. Barbara Saltzman, an epidemiologist and an assistant professor in the School of Population Health at The University of Toledo, speculated that in addition to very little information being known about the disease, we also have to account for the behavior patterns of young people.

"In the earlier parts of the pandemic, where people were going into the hospital, it was the more serious cases," Saltzman explained. "And there's no indications, from what you've shared with me, that these cases are at the more serious end of the spectrum. So cases like this wouldn't would likely not have even gone in to the hospital or to seek care, because we had people in much more dire straights earlier on."

She added, "Now there's more testing available, and so we're finding out that these, some of these individuals in these age groups do indeed have COVID who maybe we wouldn't have found out earlier in the pandemic, just because testing wasn't available as widely to the public. I think at this point it's a little early to make any dramatic conclusions about the age group, but these are some explanations of why we might be seeing it more now in these groups."

Raymond also noted that earlier reports about the pandemic focused on the most conspicuous details.

"It's sort of like the tail wagging the dog," Raymond explained. "You can report what's most obvious. Perhaps at the time, the most obvious thing was that older people with underlying conditions [were most vulnerable], but we've known as we've progressed with these seven months that middle-aged people, some famous people, are having blood clots. And we're also hearing that young children are having something called Kawasaki disease. It is just way too early to know and make a verdict on who's susceptible and who's not."

The coronavirus pandemic, which hit the United States in January, was worsened by President Donald Trump's response. After taking more than ten weeks to declare a national emergency — a decision made following years of disbanding relevant panels and pushing for budget cuts to the CDC — he has since pushed a lot of misinformation about the pandemic, such as downplaying the need to wear masks, claiming that injecting disinfectant can treat the disease and touting an unproven drug, hydroxychloroquine, in which he has a financial stake. A recent study conducted by a research team led by the University of Arizona evolutionary biologist Michael Worobey found that the first known transmission network most likely did not enter the country until February. This means that if Trump had acted within the first month of the virus entering America — particularly by manufacturing tests, protecting workers and engaging in aggressive contact tracing — it is conceivable that thousands of lives and millions of jobs would have been saved.