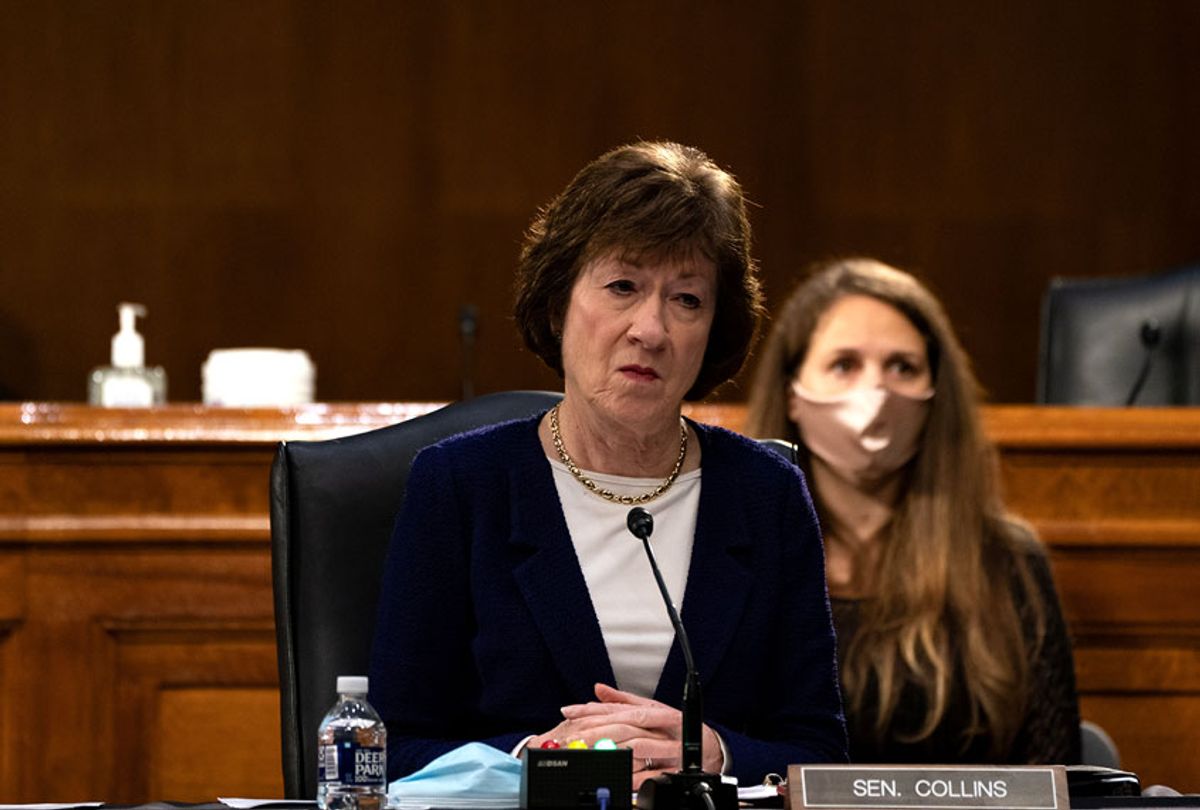 Everytown threw its support behind Democrat Sara Gideon, the speaker of the Maine House of Representatives, after backing Collins in 2014, HuffPost first reported. The leading candidate in the state's Democratic primary, Gideon is widely expected to win the nomination on July 14 after the primary was postponed due to the coronavirus pandemic.

Gideon has been a strong supporter of universal background checks and red-flag laws, which allow judges to order weapons removed from dangerous individuals.

"A vote for Sara Gideon is a vote against Mitch McConnell, who has made the Senate the place where desperately needed gun safety bills go to die," John Feinblatt, the president of Everytown for Gun Safety, said in a statement.

Gideon previously earned the endorsement of the Planned Parenthood Action Fund, which previously backed Collins and gave her an award for her work on reproductive issues in 2017.

Gideon has also snagged the endorsements of EMILY's List and NARAL Pro-Choice America.

Polls show that Collins has lost a lot of ground among women since voting to confirm Supreme Court Justice Brett Kavanaugh in spite of sexual assault allegations and his anti-abortion views. She also drew heavy criticism after she defended her vote to acquit President Donald Trump in his Senate impeachment trial by arguing that he had learned a "big lesson."

Polls have consistently shown Gideon extending her lead in head-to-head matchups. A recent poll released in late May showed the Democrat leading Collins 51-42 after she led by about four points in April. Another poll found Collins' approval rating plummeting to just 37%.

Collins previously won her re-election races with more than 60%, but women voters have abandoned her in droves. Gideon leads Collins by more than 20 points among women in the latest poll.

Gideon also has a 7-point lead among independents, who have traditionally backed the so-called moderate Republican Collins.

She has also outspent Collins $14 million to $10 million, making it by far the most expensive race in any state this year, according to Politico. If Gideon wins the nomination, she would also benefit from a multi-million-dollar crowdfunding campaign launched after her Kavanaugh vote to raise money for her eventual Democratic challenger.

Collins has tried to distance herself from Trump, skipping the president's visit to Maine last week and pushing back against his plan to lift fishing restrictions off of the coast of New England. She also said Trump's church photo-op was "painful to watch."

"To me, at a time like this, the president ought to be trying to calm the nation, pledge to right historic wrongs and be a steady influence. I don't think he was last night," she told reporters last week. "It was painful to watch peaceful protesters be subjected to tear gas in order for the president to go across the street to a church that I believe he's attended only once. All of us are upset at the fire that was set at the church, an historic house of worship for many, many presidents, but I thought the president came across as unsympathetic and as insensitive to the rights of people to peacefully protest."

But Democrats have mocked Collins for trying to have it both ways when it comes to Trump, particularly as Republicans like Colin Powell and James Mattis have forcefully criticized the president.

"Thank you Colin Powell for speaking the truth about [Trump]. Many GOP elected officials have the same views," Rep. Ted Lieu, D-Calif, said. "They unfortunately choose to put themselves over country and are too scared to speak the truth. And then there's Susan Collins, who is concerned."